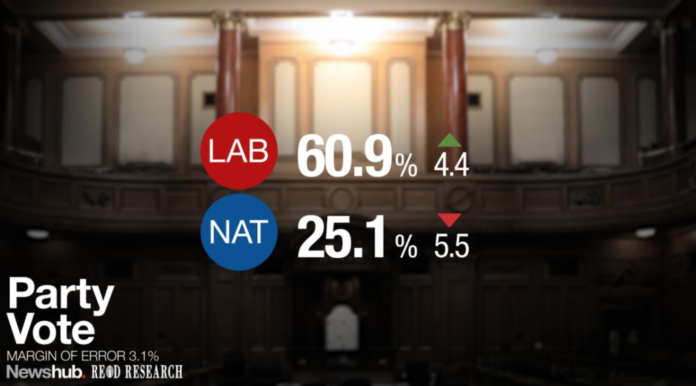 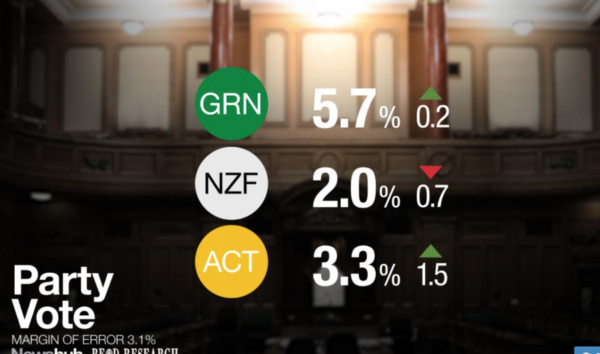 All last week, the usual voices on the right who have their own internal polling were silent. Hooton and Farrer were quiet as mice and we started privately thinking that maybe Judith was the kiss of death we thought she would be and it has become the reality.

The cold malice in Judith when she executed Lees-Galloway was a cruelty that made NZers recoil in horror.

National turned to her out of desperation and fear, the majority of NZers have turned away in disgust.

National are now in free fall, and I said that National volk would look at Bridges 29% fondly.

The solidarity that the lockdown created is cemented in now, Labour are on their way to a majority Governmen, a historic first and they will have to make transformative change.

The Greens are dead, they are going backwards. Their woke middle class identity politics is popular amongst the Wellington Twitteratti but as I’ve been pointing out for 3 years, twitter don’t mean shit. The Greens only chance is Chloe Swarbrick in Auckland Central.

NZ First are dead, their only chance is Northland.

And ACT, who have benefited so much from the free speech ammunition the work gave them last year is now over 3%. Horrifically that will allow the NZ NRA who are holding ACT hostage representation unless damning things can be revealed about their woefully vetted candidates.

NZers political loyalty was built when people were genuinely frightened and Jacinda made them feel safe, in the face of Judith’s malice, that solidarity is not eroding.

What the Right in NZ can not comprehend is the solidarity the lockdown generated – they are all selfish individualists, they can’t imagine what feeling bonded for the common good actually fells like, that’s why they are floundering.

It is going to be a Labour majority Government.