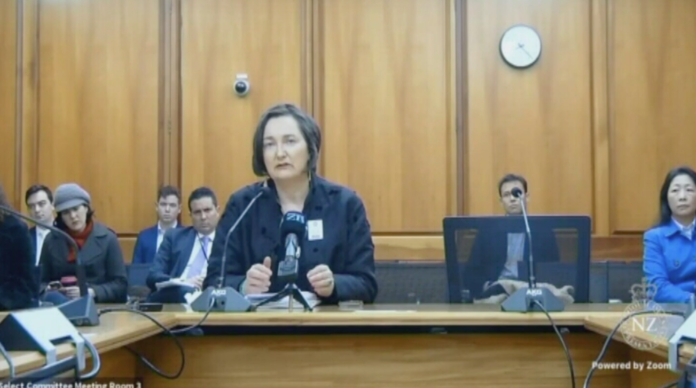 I want to start by stating I have nothing but the deepest respect for Professor Anne-Marie Brady. I believe her research into Chinese Government influence into our politics and economy raise one of the most important foreign affairs issues confronting us and that she is a necessary voice in that debate.

Canterbury University Professor Anne-Marie Brady, a Chinese politics expert, told a parliamentary committee on Thursday two of her friends, Yuezhong Wang and Weiguo Xi, died in a car crash on a highway near Tokoroa on Tuesday.

Brady said another friend of hers, pro-democracy activist Freeman Yu, was also involved in the crash and survived but is in a critical condition. She told MPs she suspects foul play and wants the Security Intelligence Service (SIS) to investigate.

…the accusation that the Chinese Government in any way shape or form  had a hand in sabotaging the vehicle and killing these two is so extreme it is simply unjust to make the claim without supporting evidence.

Professor Anne-Marie Brady’s grief must be intense and the shock may have led her to the conclusion she has reached.

I offer this evaluation of Brady’s comments because if it were true that the Chinese Government had some hand in the killing of NZ residents to prevent them from petitioning the Government to protest against the Communist regime, the backlash would see Chinese Government intervention in NZ challenged on every front.

It is alarming that Chinese NZers feel threatened by the Communist regime and is as intolerable to the rest of us as it is for Muslims to feel fear or any minority for that matter.

The power of our diversity is that we all share the fruits of a liberal progressive democracy. Every NZer has the right to feel safe and live without intimidation, no one should fear an external Government or domestic hate group.

We are poorly serving our values if we allow others to live under any shadow of intimidation.