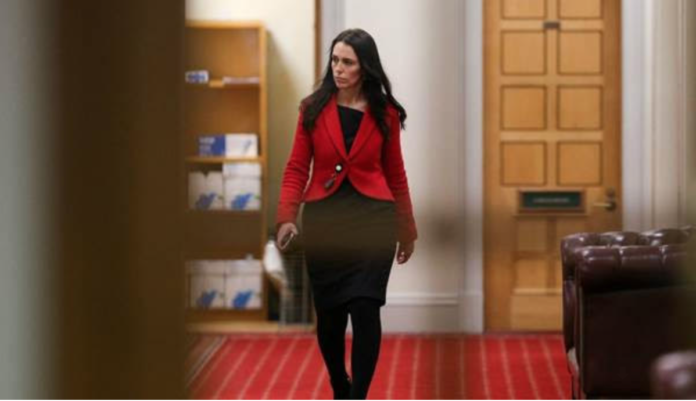 THE QUESTION IS, can Labour still win in September? A week or so ago, the answer would have been an unequivocal “Hell yeah!” Indeed, the general consensus about the forthcoming general election was that Labour would not only be re-elected, but would win enough seats to govern alone.

Never has Harold Wilson’s famous quip: “A week is a long time in politics” been more appropriately applied than to the brief space of days during which Jacinda Ardern transitioned from international poster-girl to clay-footed statue. A decidedly wobbly-looking statue!

It all boils down to trust. What’s required to build it. How easily it’s lost. And how much more effort – not to mention plenty of old-fashioned good luck – it takes to get it back. Jacinda, and the whole Labour operation which she, single-handedly, is holding up, faces a gruelling uphill struggle just to get back to where they were. Todd Muller, who had been looking suspiciously like dog-tucker, is now very much in with a chance.

Jacinda’s situation isn’t helped by the fact that an unhealthily large percentage of the Parliamentary Press Gallery is in the market for her scalp. They hated being seen as the bad guys. Every day that the Jacinda and Ashley Show was playing, they had to endure the public scorn that poured down upon them. The public had no idea what their leaders had to endure from the news media. But there it was, laid bare, live, on national television. The petty point-scoring. The holier-than-thou posturing. The preening “people’s prosecutors” all vying to ask the “gotcha” question guaranteed to make Jacinda squirm.

Ah, but now everything has changed. Overnight, the story of those two unfortunate women and their fateful road-trip to Wellington, has broken the spell. Overnight, what had looked like – and been accepted internationally – as a practically faultless performance on the part of the New Zealand government and its compassionate prime minister began to unravel. Now it’s just one big ball of tangled wool, an all the media kitty-cats’ little claws are giving it hell.

Saint Ashley has had his angel’s wings ripped bloodily from his back. Unfair? Of course it’s unfair! But that’s the whole nature of the political game, isn’t it? Win big. Lose big. And, being brutally honest, he really did need to make sure that the wires connecting his command-and-control levers were actually attached to something ready, willing and able to be commanded and controlled. It’s a bit late in the day, now, to discover that they weren’t.

Oh sure, Jacinda has called in the troops. That was a cool move. People like that sort of thing. But her next move, bringing in Megan Woods, wasn’t so smart at all. Jacinda needed to remain front and centre. No longer paired with a Director-General of Health, but with an Air Commodore. What she needed to project after the detection of all those embarrassing new Covid-19 cases was a no more Ms Niceperson image. She had tried to be kind, and far too many selfish bastards had taken advantage. Now it was time to kick some idiot Kiwi butt – and kick it hard.

Megan looks like an admission of failure. Political tragics living within the Wellington beltway may understand that she’s one tough cookie who gets the job done and suffers fools not at all. But all the public is likely to remember about Comrade Woods is that she was the person Jacinda brought in to clean up the god-almighty fuck-up that was KiwiBuild. Their entirely predictable conclusion: the Nats are right, this is another fuck-up. Their next entirely predictable conclusion: Labour just can’t get anything right – they’re bloody hopeless!

Is it hopeless? No, not yet. There’s still a bit of time to sort out this omnishambles. But, boy-oh-boy, it will require everybody in Jacinda’s kitchen cabinet to reach down deep into themselves and retrieve a whole lot more imagination, competence and courage than they have displayed to date. This government needs a plan – a solid, simple, no-frills, no-excuses plan for New Zealand’s economic recovery. Not a Treasury Plan, but a Labour plan. A plan that looks, smells, tastes and feels like the sort of remedy Mickey Savage, Bernie Sanders, or – oh, what the hell! – that AOC would be proud of. A plan that the Greens will swoon over, and that NZ First will reject outright.

Are you beginning to see where I’m going with this? No? Well let me make myself crystal clear.

To get out of the awful predicament in which she and her party now find themselves, Jacinda needs to goad Winston and Shane into doing something really dumb. Like refusing to back Jacinda’s and Grant’s democratic-socialist plan. The moment he does that the Prime Minister can justifiably pay a visit to Dame Patsy Reddy, advise her to dissolve Parliament and issue the writs for an early election.

When she’s done that, she can return to the Beehive Theatrette and deliver the speech of her life. A speech calling upon New Zealanders to give her the majority she needs to steer the country out of danger. A speech that asks the voters to set the principles of MMP aside for the duration of this once-in-a-generation national emergency. An emergency that New Zealanders dare not leave to the free-market instincts of the National Party to fix. A “give us the tools so we can finish the job” sort of speech.

As a garnish to this blood-rare steak dinner, she might then tip the wink to Labour voters in Auckland Central to cast their Electorate Vote for Chloe Swarbrick. You know, just to rub salt in Winston’s wounds!

In the meantime, while all this political drama is unfolding, Jacinda needs to make it very, very clear to Air Commodore Darren (Digby) Webb that she expects him and the NZDF to make this country’s borders tighter than a tin drum, and while it probably wouldn’t be a good idea to shoot anyone, a few cuts and bruises wouldn’t unduly bother her – or the rest of the country.

So, get to it, Jacinda. Strap some steel around those clay ankles of yours. Shut this omnishambles down. Change the conversation. And, for Christ’s sake – and all our sakes – win the bloody election! 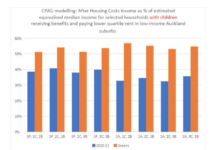 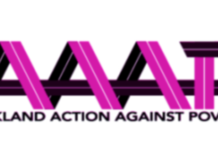 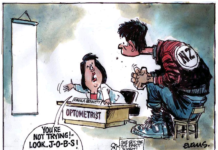