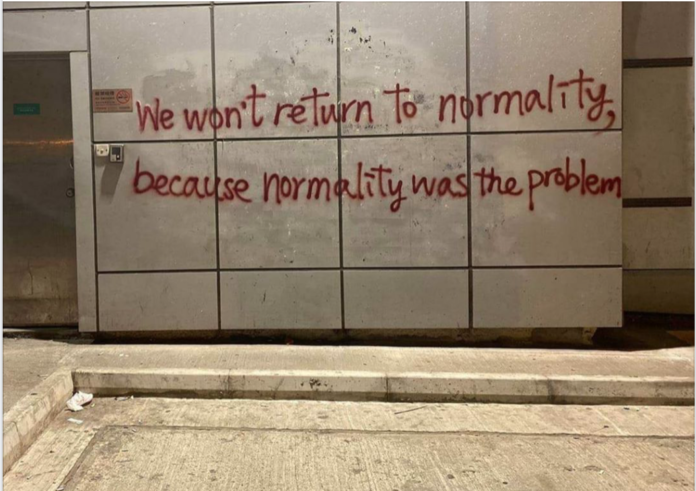 Thanks to Labour’s ‘go hard, go early’ position,  we have dodged the public health nightmare we see engulfing so many other nations around the planet.

Now comes the second wave of this tsunami, the economic armageddon.

Most Governments hope to spend a billion each year in extra spending, this Government has had to spend over $23billion in the space of months.

I don’t think we appreciate just how enormous this economic crisis will be.

This pandemic has changed everything and on one level that’s great because the climate crisis was going to force those changes anyway, on the other hand we have no idea what to do next.

We are moving on from the immediate threat to life and now need vision to restart the economy with an eye to the ongoing reforms the climate crisis demands of us.

5 – Legalize cannabis market
For Gods sake! The entire Political spectrum should be promoting the cannabis referendum so that a legal and taxed market can be generated as soon as possible. We need the jobs, we need the taxation and we need a new industry NOW! The moral arguments against cannabis are bullshit, the health arguments against cannabis are ridiculous when compared to junk food or booze and the claims we must protect young people is a farce because a regulated market does that far more than a black market. We need the jobs folks, get over your denial and let’s start now.

4 – Reform toxic welfare & introduce a UBI
Labour have been too cowardly to reform the toxic culture inside WINZ and the danger of tens of thousands of working class people having to interact with a department that is built to be purposely spiteful for the first time is going to generate enormous shock waves. The application for the dole is over 60pages long, the process is purposely obtuse and abusive so as to turn the poor and desperate away, it is NOT built to be helpful or actually give two shits about the welfare of the people. This needs urgent reform now.

We also need to think about a UBI to help all those small business and sole traders to have some revenue stream during this down turn. Some have pointed out that beneficiaries could live on a UBI, my response would be to look at a universal UBI available to all NZers and there could be a welfare top up for those who need it.

Beneficiaries, the newly unemployed and small traders will be the most vulnerable in this downturn, they must be protected first.

3 – New Taxes
To pay for the enormous cost of restarting the economy we are going to have to look at new taxes, and they need to be taxes aimed at those who escape tax rather than hitting the same people tax always hits.

2 – Migrant Worker Amnesty
We can’t entice migrant workers here, have them exploited by unscrupulous bosses and then tell them to piss off back home. That is cruel and nasty. We should offer an immediate amnesty to all migrant workers in NZ to become permanent residents BUT right after that amnesty, we must close all immigration until a vaccine is widely available. Employers will need to use the existing work force here if they want to expand, this would end the bullshit games of companies claiming no NZer wants to be a burger king manager or booze seller so we need to import those workers. You either pay proper wages to attract someone to your job or you don’t get an employee.

1 – Reboot Tourism and high tech migration
We must be focused on an international tourism industry that includes a 14 day quarantine. That means locations where tourists can be safely quarantined while waiting to travel domestically. Seeing as most of the planet will shut down and stay shut down to international tourism until a vaccine is available, you will only be focused on high end tourism who can afford the 2 weeks, backpackers and freedom campers are gone. We must also be open to tech companies wanting to relocate their head offices here so that people can live openly in a plague free environment which will quickly become our international selling point.

NZ could become the Plague Ark, a country free of the virus. Every single time in this stupid country we price ourselves like basic bitches. We sell milk powder cheaply, we sell trees cheaply, we sell immigration cheaply, for once we have something everyone wants – we are plague free – so why not price that accordingly?

Remember, ‪if you think the pandemic is disruptively bad, wait until you hear about this thing called climate change.‬