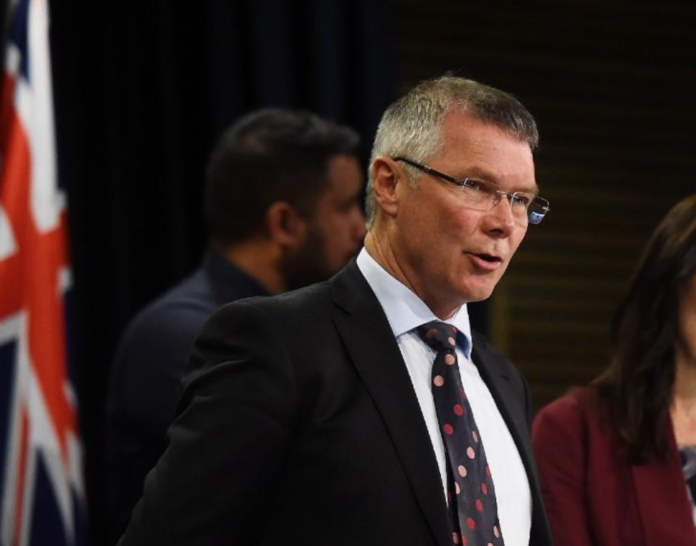 The Attorney-General’s decision not to release Crown law advice about the COVID-19 lockdown has angered Opposition MPs who say Kiwis deserve to see the legal basis on which their civil liberties were restricted.

As Attorney-General, Labour MP and minister David Parker acts as the chief law officer of the Crown and has responsibility for supervising New Zealand law and advising the Government on legal matters.

He appeared before the Epidemic Response Committee on Thursday and was asked by ACT leader David Seymour if he is prepared to allow the public to see the advice on the alert level 4 lockdown enforced on March 25.

Seymour said there was “significant confusion” about what Kiwis were allowed to do and what powers police had, and it wasn’t until more than a week later that clear guidance was released about the rules that citizens and police were operating under.

“In the intervening period, New Zealanders were being arrested,” Seymour said. “The public needs to know that during this period police were acting within the law and not simply operating on the basis of the Government’s public statements.”

Seymour referred to when former Police Commissioner Mike Bush appeared before the committee earlier this month, and said he would ask the Solicitor-General about releasing the advice after concerns were raised about police using discretion.

“It’s difficult to see how the public interest and the rule of law can be outweighed by any other consideration other than the fact that you have the ability to object to it being released,” Seymour said.

Now normally one could argue that David Seymour is just political grandstanding here and normally I would be the first to claim that against him, B-U-T, you can’t place the entire country under a Police State and not release the legal advice that provides the legal basis of that vast amputation of our civil rights.

He is a good man. One of the most intelligent minds inside the Government and while I despise the Police State we have become overnight, I 100% support the rational and the decision to go into lockdown.

Hell I was calling for it when the rest of the left were claiming criticism of China was racist!

I fully support the 4 week lockdown and I support extending it if the science demands it, but most of all I support this damned Police State being removed and our civil liberties restored the fucking second this plague and its threat to our public health is over.

Parker said he is “satisfied” the Government followed the law and is confident the Bill of Rights Act has not been breached.

…under any other scenario I would accept David at his word, and I absolutely believe that once the advice is released its ill back up David’s assurances, B-U-T we are living under a fucking obscene intrusion upon our collective civil rights, this is as close to a Police State as we are going to get and history is watching Minister Parker. Your assurances, while completely satisfactory to me, are not satisfactory to history.

A Liberal Progressive Democracy like ours doesn’t have the army or police force to enforce the brutal will of the State, it must rely on the good will of well informed citizens to act in solidarity for the common good and to date the vast, vast, vast majority of NZers have done this, but to hide the Crown Law advice which gives the Government the basis for this huge truncation of our civil liberties IS NOT acceptable in that trust relationship.

Let me be clear, Minister Parker’s justifications to not release the Crown Law advise are reasonable…

Trust is quickly lost if the Government refuse to be transparent.

This IS still a Democracy.