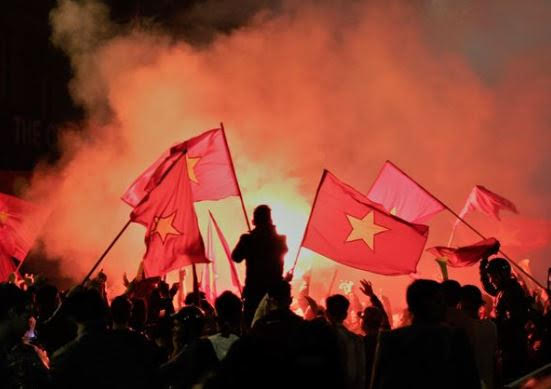 IT PAINS ME to ignore the Prime Minister’s advice, but it’s time to kick some Labour Party butt. As the saying goes: “Sometimes you have to be cruel to be kind.” And, no, I’m not talking about putting another boot into the tragic posterior of the Minister of Health. My beef is with the junior officers of Labour’s army. These are the folk who should be the most aggressive in the fight for social justice. The ones willing to take the risks necessary for victory. The ones with their eyes firmly fixed on the democratic-socialist prize. Unfortunately – and frustratingly – this is not what we’ve got.

On display is the sort of military prowess that saw a gaggle of chinless, baggy-panted British toffs hand over Singapore to a near-exhausted, numerically inferior and utterly astonished Japanese army in February 1942. Rather than delighting Labour’s allies and supporters with bold and imaginative contributions to the debate on how best to wrestle down the looming Covid-19 recession, Labour’s junior officers are offering nothing but orthodoxy and caution. Even worse, they are expending what little energy they can summon-up on upending buckets of cold water on every radical idea that comes forward.

Why do they always do this? How did dreary pragmatism become Labour’s default-setting? A full explanation would require a book-length answer. Suffice to say that once a party embraces the fundamental tenets of neoliberalism, anything other than orthodox and cautious policy responses will be treated as the political equivalent of upending a can of petrol over your head and striking a match. To be considered a credible contender for bigger things (an electorate seat or a high position on the Party List) requires constant proof that one’s hands are nothing if not “safe”.

Hence the following snippy little comment from lawyer, Greg Presland (The Standard’s “Mickey Savage”) responding to my criticism of his casual dismissal of the suggestion that Kris Faafoi should’ve rescued the best of New Zealand’s magazines by accepting Bauer Media’s offer to sell its entire stable to the Crown for $1.00:

“Gee Chris. In the middle of a pandemic when the country’s collective health and economy are under major threat and possibly a third of businesses are going to the wall do you really think the Government should be sweating about saving the Listener?”

Yeah, Greg, I do. I really do. Because even Blind Freddie (and The Spinoff’s Duncan Grieve) can see that Bauer’s ruthless cutting of its losses is about to be replicated across the entire media industry, and that only the Crown has the resources (not to mention the responsibility) to keep our news media alive and kicking against the pricks. Unless, of course, Greg’s desired outcome is actually the more-or-less complete collapse of this country’s independent media – with an absolute state media monopoly the last man standing. That there is absolutely nothing “social” or “democratic” about such a “solution” should surprise no one.

And lest any reader feel tempted to nod in agreement with Greg’s heartfelt concern for “possibly a third of businesses” poised to go “to the wall”: please, just stop and think it through. Is he suggesting that while the Government cannot afford to “sweat” about saving this country’s magazine publishing industry, it can afford to – and fully intends to – save all the others? Can the nation’s small and medium-sized enterprises now breathe a huge sigh of relief, secure in the knowledge that the same ministers who refused to lift a finger to shore-up the foundations of our democracy will nevertheless work like Trojans to rescue their little businesses?

Isn’t it more likely that the only New Zealand businesses with any reasonable hope of being bailed-out by the Crown will be the ones which are, in that memorable phrase from the Global Financial Crisis of 2008-09, “too big to fail”. Remember that Newsweek cover proclaiming “We are all socialists now”? Published the same week Barack Obama nationalised the auto industry.

Now, don’t get me wrong. Obama was right to take over General Motors. Nationalisation is what you do in a crisis – especially when the industry your saving is vital to the future of your country. And that’s the amazing thing, Greg. That you simply don’t get that. Still, don’t feel too bad, because no one in a position to make a difference in the Labour Party has had an intelligent thought about the New Zealand media since the government of Norman Kirk.

So, if the Government is not going to be in a position to rescue every small business in New Zealand, and if up to a third of those small businesses could “go to the wall”, in Greg’s none-too-felicitous phrase, then wouldn’t this be the  very best time to introduce a Universal Basic Income? Especially when the ability of the MSD to process and monitor tens-of-thousands of additional beneficiaries promptly, efficiently and sympathetically is just a teeny bit questionable?

“I cannot think of a worse time to implement a UBI than in the middle of this economic crisis. Some of us are doing fine. Others need unprecedented government support just to stay afloat. UBI would spread that support thinner, or quickly spend 10s of billions we may need later.”

Meaning Neale has no grasp at all of Keynesian economics. No understanding of the crucial importance of keeping up the level of aggregate demand. No historical grasp of the crucial role spending plays in lifting a nation out of an economic slump. Nor does he understand the practical and moral efficiency of universal, as opposed to means-tested, state support. The massively positive effect of telling every Kiwi: ‘You are important in your own right, not because you’re in need of charity but because you are a citizen of New Zealand.’ Everyone keeps telling us that “we’re all in this together” – a UBI would prove it.

But, no. Neale says that being in the middle of a once-in-a-lifetime economic crisis is actually the worst time to consider a payment to every citizen to keep them and the economy afloat. The worst time.

The problem is, Neale, there is never a best time for you guys. Never. You and Greg remind me of Saint Augustine who prayed to the Almighty: “Lord, give me chastity and self-control – but not yet.” In the case of you two junior Labour officers, however, the prayer is a little different:

“Lord, let the Labour Party give New Zealand democratic socialism – but not yet.”