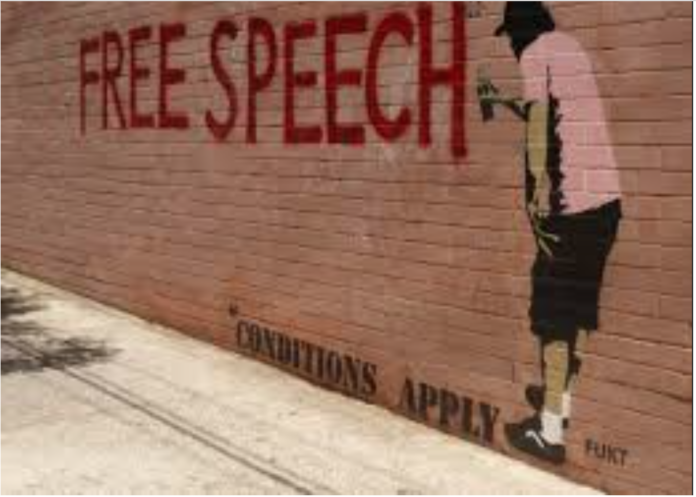 A number of options were now “working their way through” the cabinet process, he said.

“The review of our hate speech laws are in the final stages. I expect there will be an announcement in a matter of weeks.”

The Ministry of Justice has looked at relevant aspects of the Human Rights Act, the Harmful Digital Communications Act, and sections of the Crimes Act to see what laws needed to be changed or added.

It also consulted with affected communities and reported back to Little before Christmas, with the expectation that an announcement would be made shortly after.

The Human Rights Commission had led some of the work with the ministry as they wanted some of the conversation to happen away from the political fray, given it could easily be derailed with so many strongly held views, he said.

…it’s really important that the Government has a secret conversation about limiting free speech for two reasons.

The first is that if the Woke activist base of NZ Twitter think there’s a hate speech debate occurring, they will want involvement and will almost certainly demand the misuse of pronouns as a hate crime, abuse of religion as hate speech and will want trigger free spaces to be publicly respected.

You can already see the petition on Action Station.

Normally I’m being factitious here, but in this case, I’m being very literal. The woke are as nuanced as Mao Zedong’s Cultural Revolution.

The Government can sneak those changes in without the woke activist base drawing attention to it and turning the vast, vast, vast electorate of NZ against the Government as the majority will perceive such virtue signalling elevated to hate crimes to be an affront to a progressive liberal democracy.

The second reason it is best for the State to hold secret discussions on censoring free speech is because what the woke can’t comprehend in the frenzy of their righteous lynch mob is how the rest of everyone reacts to their online cancellation lynch mob culture.

Social media is so ubiquitous that there is always someone in your feed screaming you are racist, sexist and evil for comments they disagree with – people will freak out thinking those same people will be Judge, Jury and Executioner of what they say online and this is generating momentum to ACT who since picking up the culture war free speech battle flag now have enough of a Party vote to start pulling in MPs to join David Seymour.

Our response on the Left to censor opinions we don’t agree with is breathing life into ACT making the next Government more likely to be National-ACT than Labour-Green.

So holding discussions to curtail free speech by defining criticism of religion as hate speech or misuse of pronouns a hate crime is the smartest thing Labour can do and quickly ram the changes through before ACT notice and the Right use it as a rallying cry for the election.