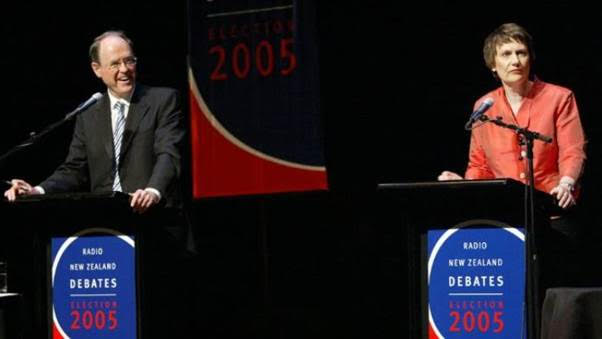 WHAT’S WRONG with our journalists? Why do so many reporters and columnists memories appear to fail them? Only this morning, the veteranNZ Herald columnist, Brian Rudman, contributed yet another lapse to the Fourth Estate’s growing tally of memory malfunctions. He’s one of theHerald’s best, of course, with years of intelligent and splendidly trenchant commentary behind him, but today’s memory fade is every bit as egregious as the historical deficiencies so apparent in the writing of much younger journalists.

The context for Rudman’s misrecollection was Shane Jones’s recent playing of the race card. This was not, as the columnist quite correctly pointed out, the first time NZ First has reached for its racially-loaded rhetorical shotgun. Rudman quotes from a 2003 pamphlet entitled “Who’s Country Is It?” – a document fairly dripping with anti-immigrant animosity. Fair call. It was only when he attempted to draw a moral from his tale that Rudman went astray.

Here’s what he said:

“To New Zealanders’ credit, this casual racism turned voters away from NZ First. The following election, its party vote nearly halved to just over the 5 per cent threshold needed to stay in Parliament, and Peters lost his Tauranga electorate seat. It’s a lesson Jones should be contemplating.”

To anyone who wasn’t here at the time – an immigrant perhaps? – Rudman’s observation offers a reassuringly happy ending to a rather unsavoury political story. If you knew absolutely nothing about New Zealand’s 2005 General Election, his account of NZ First’s electoral comeuppance would be heartening. Your confidence in New Zealanders’ tolerance and generosity reaffirmed, you could look forward to Jones’s insulting statements about Indian immigrants being answered with punishing force at the ballot-box.

Except, of course, the 2005 General Election was very far from being a triumph of New Zealanders’ tolerance and generosity. In reality, it was an election which saw the National Party come roaring back into political contention on the strength of one of the most racially-charged elections in New Zealand history. 2005 was the election best-remembered for National’s incendiary billboard campaign – most especially the billboard which pitted “Iwi” against “Kiwi”. Had National, led by the former Reserve Bank Governor, Dr Don Brash, won the election (and he came within 100,000 votes, out of 2.3 million votes cast, of doing so) then the Treaty of Waitangi would have been retired; all reference to “Treaty Principles” in New Zealand legislation removed; all “affirmative action” programmes for Maori discontinued; and the Maori Seats abolished.

Not quite so tolerant, then. Not entirely generous.

The Right’s race-driven comeback might have been even stronger if the NZ First Leader, Winston Peters, hadn’t been so roughly treated by the National Party in the late-1990s. Jenny Shipley’s plot against her coalition partner, which involved luring half NZ First’s parliamentary caucus away from their leader, fatally poisoned the relationship between the two parties. Had Shipley not betrayed Peters, then the electorate’s rightward swing in 2005 would, almost certainly, have been even more emphatic.

As an enthusiastic globalist, Brash was unwilling to lead National too far down the anti-immigrant road. As a consequence, there was plenty of space for NZ First to fill around the immigration issue. Had Shipley not torpedoed her party’s chances of ever again forming a coalition with NZ First, Brash could have quietly encouraged the Right’s more rabid supporters to treat the election as a “twofer”. Those who despised Maori more than immigrants could vote National. Those who despised immigrants more than Maori could vote NZ First.

Such a strategy would likely have boosted NZ First’s vote at Labour’s expense. As it was, however, Brash’s overall strategic goal of uniting the whole of the Right under National’s banner not only actively discouraged right-wing voters from splitting their support, but also, by turning National into a much bigger and scarier political monster, persuaded Labour’s more conservative supporters, who might otherwise have indulged their own, deeply ingrained, anti-immigrant sentiments by voting for Winston and NZ First, to stick with Helen Clark and her government for another three years.

The 2005 General Election was, therefore, a “damned close-run thing”. Only 45,000 votes separated National’s vote-count from Labour’s, which suggests that if Peters’ nearly 6 percent of the Party Vote had been added to National’s column, then 2005 would have been an even closer-run thing. When offered the choice of an openly anti-Maori National Party and a strongly anti-immigrant NZ First, very close to half the NZ electorate voted for one or the other. Nor should it be forgotten (although Rudman somehow failed to recall the fact in his column) this was the same electorate that lifted National’s support from 28 percent in the polls one month before his in/famous “Nationhood” speech to the Orewa Rotary Club (27 January 2004) to 45 percent two weeks after it.

A much better example of New Zealand voters turning away from NZ First’s “casual racism” came three years after 2005, in the first general election contested by the National Party’s new leader, John Key. Under Key’s sunny tutelage, National got quite a lot bigger and a whole lot less scarier. He achieved this not only by reaching out to Labour’s more conservative voters, but also by making sure he wouldn’t have to deal with NZ First’s.

Key simply refused to play the race card in the same brutal way as Brash. It was clever politics, because, by ditching the Iwi/Kiwi rhetoric he expanded his coalition options well beyond Act’s hard-line neoliberalism. The resulting National-Act-Maori Party-United Future coalition government placed a floor under National’s support that has remained preternaturally solid for 12 years – and counting.

Though lacking Key’s sunny disposition, Simon Bridges could, nevertheless, learn a thing or two from his predecessor’s bland opportunism. One of the ways, Key convinced the electorate that he was the anti-Brash was by coming to Labour’s and the Greens’ rescue over their highly contentious anti-smacking legislation. To the bill’s opponents on the rabid Right, National’s leader was saying: “You’ll get nothing from me.” (Who else were they going to vote for!?) To the rest of New Zealand, Key’s bravura display of bi-partisanship, guaranteeing the success of a long-overdue social reform, signalled that his were a safe and compassionate pair of hands.

A similar display of bi-partisanship in relation to the current Covid-19 medical emergency could offer similar reassurance to an electorate which has yet to learn the knack of relaxing in the arms of the Leader of the Opposition.

Which is, finally, the lesson from our history which Rudman, along with an alarming number of his colleagues, has somehow managed to forget. That New Zealanders, as a people, are more than capable of rising – or sinking – to just about any political occasion.

Providing they have someone to show them how.