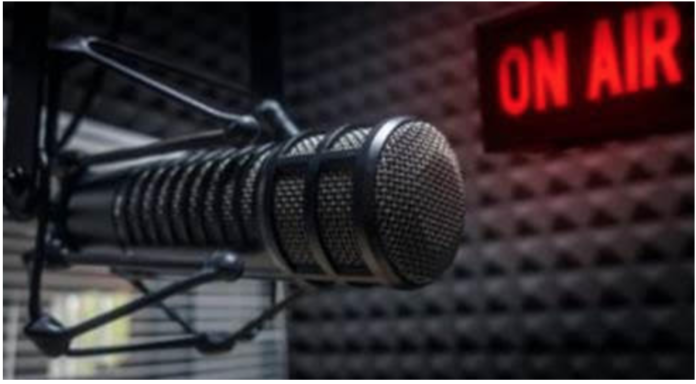 THE LISTENER LONG AGO ceased to be a cultural talisman for progressive New Zealanders. Ever since the apparently indestructible Pamela Stirling took charge and transformed the magazine she’d once denounced as “the house journal of the Alliance” into the house journal of the National Party. Recently, however, a couple of sentences from “The sound and the fury”, the Listener editorial team’s assessment of the RNZ Concert debacle (22 February 2020) struck me as unusually perceptive.

“To retain its taxpayer-guaranteed revenue, RNZ must also retain its most precious commodity: public respect and support. That can be imperilled by poorly thought out judgements, including assuming that it should set the political climate.”

That climate-setting quip should have prompted a double-take from RNZ’s bosses. Its clear intention was to alert them (gently) to the fact that some of its key producers’ and editors’ more recent judgements have raised a few important eyebrows – and not in a good way. There is a growing feeling among those whose education was vouchsafed to them in the years before our universities became customer-driven businesses, that RNZ has taken up an ideological position some distance beyond either its listeners’, or the general public’s, comfort zones.

A telling example of RNZ’s determination to set the political climate was broadcast on the network’s Checkpoint programme of Wednesday, 26 February 2020, in which RNZ reporter, Nita Blake-Persen, secured prime placement for her story “NZ Super costs up as NZ retirees on $100k passes 30,000”.

It is difficult to assign any other motive for producing this sort of story than a desire to fan the flames of intergenerational warfare. Singling out high income-earners over 65 (whose annual contribution to the IRD, based on a minimum salary of $100,000 is a bracing $23,920!) was certainly inflammatory. Ms Blake-Persen’s analysis also hints strongly that the abandonment of the universalist principles underpinning NZ Superannuation may have to be accepted as unavoidable collateral damage in the aforesaid war between the generations.

More disconcerting, is what appears to be a lack of sensible editorial oversight of Ms Blake-Persen’s story. Having read her copy, did Checkpoint’s editors, Pip Keane and Catherine Walbridge, not warn Ms Blake-Persen to calculate the total tax contribution of the 31,048 New Zealand superannuitants earning more than $100,000, and then compare that figure to the $608 million paid out to them by way of NZ Superannuation? A pretty sensible precaution, I would have thought, given that if the 31,048 older Kiwis so provocatively singled-out by Ms Blake-Persen proved to be net contributors to the state’s coffers, then her whole story falls flat on its face.

All of which raises some disconcerting questions about RNZ’s overall ideological agenda, and on whose behalf it is being run? Did Ms Blake-Persen’s highly tendentious story make it on to the airwaves simply because nobody thought to check it? Or, is it evidence of a broader RNZ agenda to shame and blame the older generation for having the temerity to be born a couple of decades before its younger reporters and presenters? It would be tempting to dismiss this suggestion as Boomer paranoia had the RNZ Board and its CEO not demonstrated so unequivocally their readiness to sacrifice older listeners for a “younger demographic” in relation to RNZ Concert.

One of the economists quoted in Ms Blake-Persen’s story is Shamubeel Eaqub. According to this participant in the management consultancy firm Sense.Partners:

Oh, what a multitude of sins can be concealed beneath a little qualifier like “probably”! Even Ms Blake-Persen felt obliged (maybe there was a smidgen of editorial input after all?) to mention the apple-cart-upsetting finding of the Interim Retirement Commissioner, Peter Cordtz, that “the current cost [of NZ Superannuation] was sustainable for the next 30 years”. You pays your money and you makes your choice, apparently: the management consultant who has a problem with our current tax and pension systems; or, the guy who told us the former is more than equal to supporting the latter.

It will be interesting, BTW, to see whether the newly appointed Retirement Commissioner, Jane Wrightson, upholds Cordtz’s finding on the sustainability of NZ Superannuation. It is to be hoped that his pronouncements weren’t inspired by the, sadly, not unreasonable fear, that the new boss would soon be touting the same “we can’t afford it” nonsense as the old boss.

In the meantime, we can only sit back and admire Ms Blake-Persen’s propaganda skills. Imagine the outrage among that “younger demographic” when they discover that a body of overpaid Boomers, equal in number to the entire city of Blenheim, is living high on the hog while they sweat away in the salt mines of Neoliberalism! Imagine their fear and loathing when presented with such doom-laden factoids as: “Last year, NZ Super cost $14.5 billion and that cost is increasing by more than $1b each year. By 2024 it’s predicted to cost the country nearly $20b a year.” (A figure, BTW, that places New Zealand’s well below the current pension costs of many European states when measured as a percentage of GDP.) Or that – Quelle horreur! – “Inland Revenue figures showed 2,500 people were getting Super payments while on incomes of more than $300,000”.

Once again, however, there is no mention of the Income Tax paid annually on that sum to the IRD: a trifling $89,920! Which is more than four times the $21,380 paid annually to an individual New Zealander aged 65+ and living alone.

What a pity Ms Blake-Persen didn’t round out her story by seeking comment from an old-fashioned democratic-socialist who has campaigned for years to see those earning $300K p.a. socked with a much more progressive rate of income tax. He or she could have explained how steepening the progressivity of New Zealand’s Income Tax would once again make possible all the things the members of Ms Blake-Persen’s generation missed out on.

Then we could all have agreed that it’s not the year you were born in that counts, but the responsibility of every generation to so organise society that young and old, alike, are able to receive their fair share of its bounty. That would be a political climate worth setting – and definitely preferable to the ideological climate RNZ’s bosses seem hell-bent on heating-up.