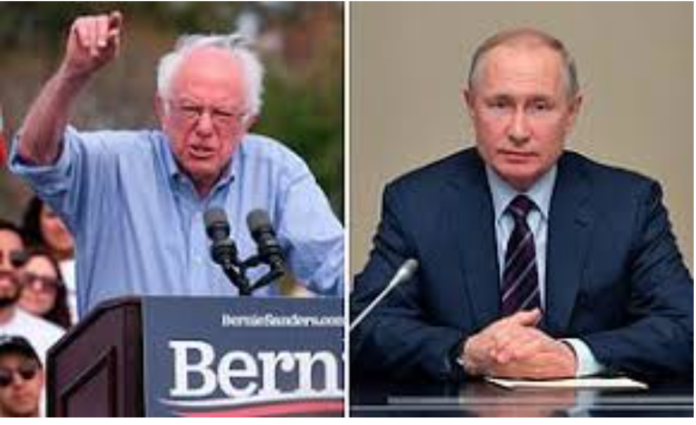 So yesterday, I saw headlines shrilly proclaiming that Bernie Sanders had just been briefed by the authorities that Russia was reportedly attempting to “help” his Presidential campaign.

Now, personally, I’m more than a bit cynical when I see “candidate who isn’t ‘supposed’ to be doing well or even winning, is now associated with RUSSIAN HACKING” turn up in the news media; as it generally means that a) various somebodies in various establishment-style institutions aren’t able to mentally handle the prospect that a candidate other than their preferred, anointed, and/or allegedly ‘mainstream palatable’ one(s) is doing well, therefore requiring some sort of Deus Ex Russia ‘explanation’ to justify why it’s not they who were out of touch; and b) that on the offchance it actually *is* genuine democratic enthusiasm (in a democracy and/or Democratic Party, no less!) that’s fueling said candidate’s rise … that you can probably knock them down a peg or three by claiming they’re some form of Russian and/or Manchurian Candidate.

Or, phrased another way, you could almost imagine the contents of Sanders getting a briefing from American authorities of this nature as being something like “you’re winning too much –

But matters became somewhat more complex when I opened my newspaper over dark lunch this morning [‘dark lunch’ being the meal sometime after midnight, enjoyed by those of us who are nocturnal in both our rest and our repast-ery rhythms], to find that it was proclaiming U.S. intelligence officers were telling the American government that Russia was intervening for Trump.

Which would therefore suggest that the Official Narrative as from now is going to be that the Russians are ‘meddling’ on behalf of *both* Trump *and* Sanders.

Now to be fair and sure, in theory and in principle that’s not as conceptually ridiculous as it might otherwise sound. If I were trying to destabilize and weaken America – get internal divisions exacerbated to the point that it was so busy internally it couldn’t be bothered acting anywhere else – eagerly supporting its own already-running interior processes that seem to do this *anyway* , would certainly be one way to do it.

But that’s not usually how this seems to go when reported on in the media, or utilized in political mudslinging (but, then, I repeat myself). Instead, it’s utilized to suggest that “The Russians” have a ‘preferred candidate’, whom they’re going to puppeteer and/or lead about by the nose [rather than a previous generation’s hysteria around Kennedy – who was presumably to be controlled from offshore .. en mass; which differs from some of the more lurid recent hysteria around Karl Rove *also* using chanted latin as a form of binding and control].

In which case, we find ourselves in the current odd situation of – again, taking things at face value – those gosh-darn Russians apparently deeply and abidingly wanting every American to have access to healthcare.

Yet as we continue to slouch toward the Democrats’ Convention, I doubt the accusations of Russian interference are going to be restricted to just Sanders and Trump. Indeed, the charge had already been leveled at fellow Democratic candidate, Tulsi Gabbard – who’s presently suing Hillary Clinton for defamation in response [Clinton, interestingly, keeps using improper means to dodge the Defamation papers being served, including by making use of her Secret Service detail] .

Instead, what I strongly suspect we are going to see is an escalating tide of “EVERY CANDIDATE OTHER THAN A PARTICULAR NARROW RANGE OF NEOLIBERAL (and/or NEOCON) ESTABLISHMENT APPROVED ONES , IS A RUSSIAN CANDIDATE”. For reasons which should be eminently obvious, and have precious little, if anything, to do with Russia.

Although do, in a sense, have quite something to do with the concept of intervening or meddling in a democratic process.