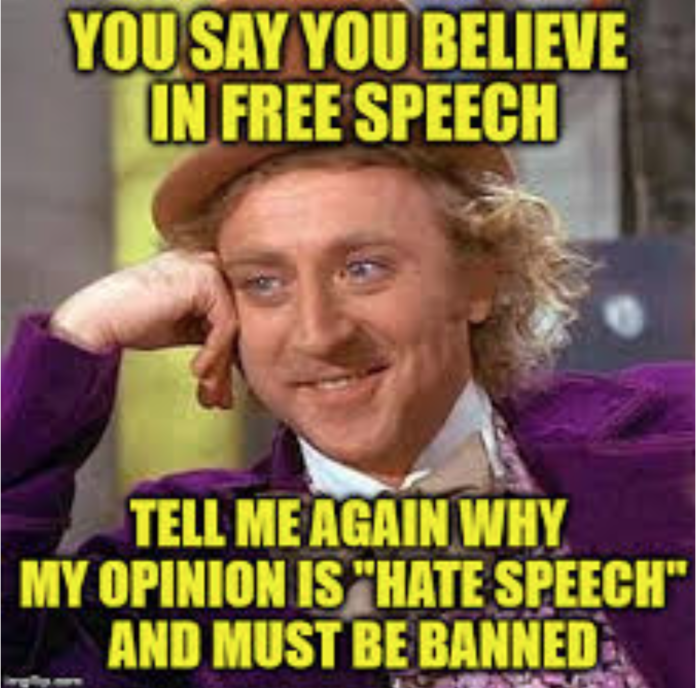 What the hell just happened?

Winston is now so weak on 3% he has lost his handbrake powers and is only clinging onto blocking resolution at Ihumatao and Little has used this weakening of Peters to progress what urgently needed progressive reform?

ARE YOU KIDDING ME?

Of all the things we needed, handing a Freedom of Speech debate to the political Right is NOT FUCKING ONE OF THEM!

Nothing is going to make swinging voters recoil in horror quite like thinking the pious micro-aggression policing woke activists they see in their social media feed could be judge, jury and executioner of their free speech.

We just handed ACT all the ammunition they could possibly want with this stupid bloody decision. They could get 4% on this.

I fear now the only way to stop a National-ACT Government is a sustained campaign to get Labour, Green and NZ First voters in Epsom to all vote for Paul Goldsmith and stop ACT from having an electorate seat to coat tail in on.

National voters are so establishment they can’t help but tick Goldsmith as if 2 ticks for National was actually fused into their DNA along with their private education privileges.

If Epsom Labour, Green and NZ First voters (who know individually their candidates won’t win) all threw their electorate vote to Goldsmith, he could accidentally win blocking ACTs entrance into Parliament altogether.

I’m suggesting an Epsom strategy because deciding to have a discussion about stripping back free speech under the guise of religious freedoms is a strategically bewildering blunder that just gave ACT enormous traction.

I can almost see the ACT Party advert on social media now, “First Jacinda came for your guns, now she is coming for your free speech”.