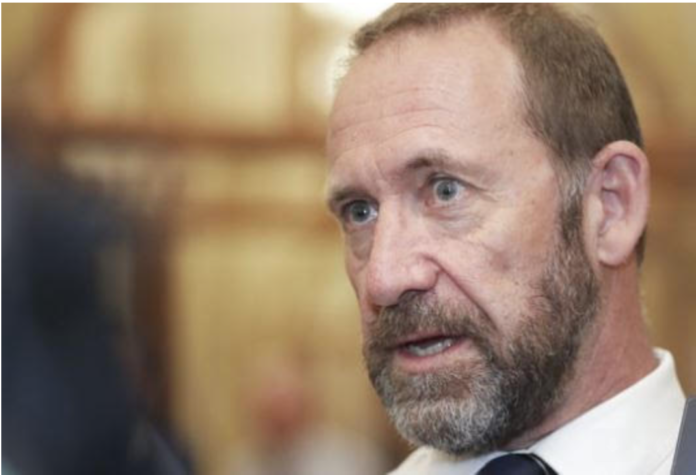 ANDREW LITTLE has confirmed that the Coalition Government will announce changes to New Zealand’s free speech laws before the election. Clearly, Jacinda Ardern has not been able to persuade her Justice Minister that introducing “hate speech” laws is a sure-fire election loser. Or, perhaps the Prime Minister also believes that attacking freedom of speech is an election-winning strategy.

The timing of Little’s announcement is interesting. It points to a dramatic weakening in the position of Labour’s coalition partner, NZ First. For the first time since the Coalition’s formation in October 2017, Winston Peters finds himself and his party dependant on the good will and protection of the Prime Minister.

The Serious Fraud Office’s decision to launch an investigation into the NZ First Foundation has prompted multiple demands for Jacinda to stand Peters down for the duration. She has been called “weak” for refusing to discipline her Deputy Prime Minister and Foreign Minister – and he is very aware of the political rewards that would flow to the Prime Minister if she decided to give in to his critics’ demands.

If she did give in, Peters knows that any threat to “pull the plug” on the Coalition in retaliation would be met with a cool “go on then”. Being seen to have forced a snap election over the SFO investigation would seal NZ First’s fate. The electorate would punish Peters and his party mercilessly. Jacinda and the Greens, on the other hand, could present themselves to the country as the principled and courageous defenders of “clean” politics. What would undoubtedly be suicide for Peters and NZ First could end up being the making of his erstwhile coalition partners.

All of which adds up to a radically changed power dynamic on the Beehive’s Ninth Floor. From here on out, what Jacinda and her “progressive” colleagues want, Jacinda and her “progressive” colleagues are going to get. Three weeks ago Peters would have shaken his head coldly at the very thought of introducing anti-hate speech legislation prior to the election. Today, he has bowed his head meekly and walked away. The Coalition’s “handbrake” has been released.

Returning to my earlier speculation about Jacinda’s actual position on hate speech, I can’t help recalling how strongly she reacted to the pain and suffering of Christchurch’s Muslim community. I am minded, also, of her passionate advocacy for her own “Christchurch Call”. In the bitter aftermath of the Christchurch Massacre, the Prime Minister promised New Zealand’s immigrant communities her protection. Tougher gun laws were Step One. A ban on hate speech could very easily be Step Two.

Insensitive though it may seem to even pose the question: how will the electorate respond to what the Prime Minister’s opponents will undoubtedly characterise as an attack on New Zealanders’ freedom of speech? At more than twelve month’s remove from the terrible events of 15 March 2019, will Jacinda’s inspired “They Are Us” formula be enough to turn aside the free speech defenders’ counterattack?

Those in the Prime Minister’s professional and personal entourages will be adamant in their insistence that being seen to move against hate speech is not only the right thing to do, but that it will also reap Labour a rich harvest of votes – not least from New Zealand’s 57,000 Muslims. The brutal question which must be asked, however, is whether or not winning the support of the 1 percent of New Zealanders who subscribe to the Muslim faith can sensibly be counted as an unqualified addition to Labour’s overall Party Vote; or whether it will be more than offset by the defection of those New Zealanders opposed to Labour’s restriction of free speech? The next, equally brutal question is: “Where will those votes go?”

The obvious, and worrying, answer is: “They will go to the Right.”

It is one of the greatest tragedies of contemporary “left-wing” politics: that its practitioners have allowed themselves to become identified, irretrievably, with the suppression of free speech. Most particularly, with the suppression of the free speech of persons identified as “right wing”, or, more ludicrously, as “Nazis” and “fascists”. Worse still, they have secured this “de-platforming” by threatening to unleash violence and disorder if these individuals are permitted to speak. They have thus supplied local government, university and corporate leaders with the “health and safety” justification for shutting these speakers down. Free speech advocates refer to this tactic as “The Thug’s Veto”.

Little’s reaffirmed commitment to introducing legislation aimed at curbing hate speech will, therefore, be received by right-wing New Zealanders as a direct assault upon their personal liberties. Labour and its Green allies will be accused of using the power of the state to demonise and silence their political opponents.

The Right will not take this lying down.

It is, however, doubtful whether Little has given much thought to what making bitter enemies of the entire Right might lead to. While National and Act – especially Act – will be content to fight the issue at the level of abstract principle, those further along the right-wing spectrum will not hesitate to link Little’s hate speech legislation with those it is intended to protect. The very white supremacists the Left has vowed to extirpate will present Little’s laws as proof positive of the Labour/Greens’ surrender to the demands of multiculturalism in general – and of Islam in particular. Such linkages can only pose a grave threat to the safety of all New Zealand’s immigrant communities. The very ugliness that hate speech laws are intended to hide will be even more openly and defiantly displayed.

And this, sadly, is the problem which the advocates of hate speech legislation all fail to appreciate. That people cannot be forced into abandoning their erroneous, hurtful and/or dangerous opinions. They can only be argued out of them.

Does Andrew Little truly believe that hate speech laws would have stopped Brenton Tarrant? His murderous rampage was inspired not by the rantings of some fool on 4Chan, but by his close study of the centuries-long struggle between Islam and Christianity in the Middle East, North Africa and Europe. Are the hate speech laws to be set wide enough to capture the wrongful interpretation of history? Will they extend to banning trips to the European battlefields where the Ottoman armies were checked by Christian knights? And if they are, how will that help to persuade people that what Little is proposing is anything more than the thin edge of the wedge of totalitarianism?

Our current laws forbid the incitement of actual physical harm, and will punish those who wilfully defame their fellow citizens. Attempting to pass laws against the giving of offence, however, is a fool’s errand. Far from eliminating offensiveness, such laws will only encourage and intensify it. Harm cannot be prevented, but it can be healed. Building trust and amity between peoples is achieved by starting conversations – not by shutting them down.