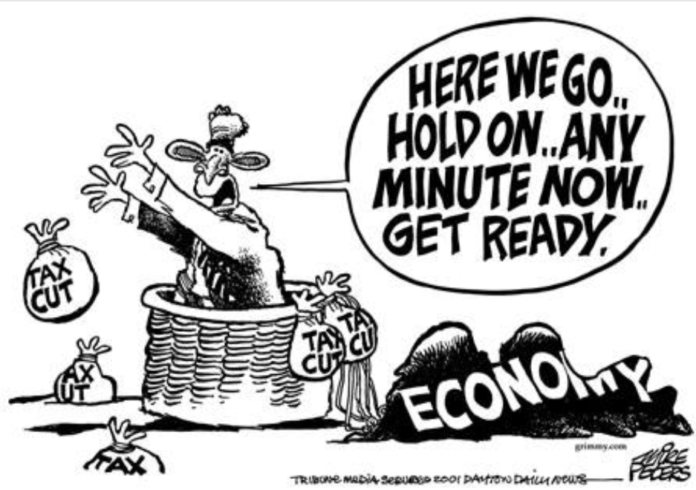 I see Simon Bridges is dangling the “less tax as a vote for me” carrot this election and that Grant Robertson has immediately wanted to know which services Bridges would scrap in order to run a government on less income.
(Could it be election year I wonder?)

Yet this is the same Grant Robertson who rejected the recommendation of the Tax Working Group for a Capital Gains Tax that would tax profits made on such things as the sale of residential property, businesses, shares, all land and buildings except the family home, and intangibles such as intellectual property and goodwill.

At the time , the group’s chairman, Sir Michael Cullen said he calculated such a comprehensive capital gains tax would raise roughly $8 billion over its first five years. (Just think of all the public good you could with that money.)

Moreover Robertson has not signalled ,as far as I am aware, he is in favour of any measures to tax wealth .

Other parties will no doubt be offering their tax related remedies for what ails us – from a complete reform of the monetary system to seniors being required to pay a tax for the privilege of living in their mortgage free home.

I’d take GST off food because it’s a tax because it proportionally hits the poor more than the rich.

I’d like to see a comprehensive capital gains take on the sale of assets plus a financial transaction tax on all bank and finance transactions.

I’d be happy to see some increase in Public Debt ( currently we have one of the lowest levels in the OECD) in order to reduce our massive Private Debt because families are now having to pay privately for things we ALL, collectively, once helped provide.

Why do I take this view ?

Because as US Supreme Court Justice Oliver Wendell Holmes once famously stated:

“Tax is the price we pay for a civilised society”.

If we want a fair society then we have to be fair.

Of course, once tax money is collected it can be terribly mismanaged and misappropriated.

But I’ll leave that particular topic for a future post because being angry about the inefficient , non-transparent , and the self-serving use of public funds, is not a good way to start the day.