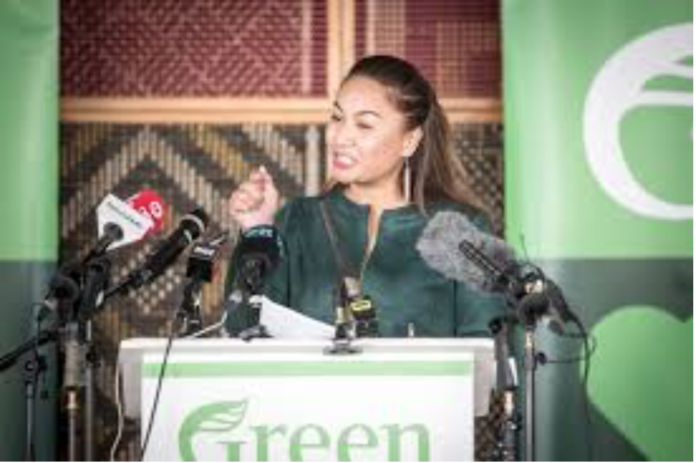 Marama Davidson made a speech.

The fact the Greens are still hovering at 6% – which is lower than their 2017 election night result, should be putting the shits up Green Party strategists, if the Greens even have strategists anymore.

The Greens over poll every election are are only ever saved by their International votes, but this election, with the global media attention on Jacinda, I suspect that a lot of that International vote will sprint to Labour in 2020.

The only chance of the Greens staying above the all important 5% threshold is if Chloe Swarbrick can capitalise on the cannabis referendum.

The woke middle class identity politics that has utterly compromised the Greens have been toxic to anyone outside the uber woke Twitter world and the fact they haven’t managed to gain ANY political support above their 2017 result while the fucking planet melts is an obscene political dereliction of leadership.

They could only get $200m out of a multi billion dollar spend up for Christ’s sakes.

The Greens think banning single use plastic bags and promising to do something about the climate crisis in 30 years is a solution to the Omnicide!

When the country has seen the largest ever protest marches in our history, the Greens are still lower than their 2017 election night result and no one in the Greens seems to think that’s a problem.

The pure temple politics of the Greens where exclusion is the new inclusion, where online Identity Politics activists create resentment and no solidarity are proving to be about as successful at recruitment as Donald Trump at a feminist folk festival.

Green apologists will ignore all this criticism and state that the Greens can only do what they do because of NZ First. That’s horse shit. If you had good enough strategists, you’d outplay Winston and Shane in a second while holding the fire to Labour’s feet, but the Greens have no one good there other than Chloe, Julie-Anne Genter, Jan Logie and Gareth (who is resigning this election). The behind the scenes crew have all the strategic capacity of moss.

Marama’s serious run in Tamaki Makaurau is likely to split the Labour vote and allow a John Tamihere candidacy for the Māori Party to succeed which would be the ultimate irony.

I’ve been a Green voter my entire political life, it’s so sad to see the sorry state the Party is in now with such limp leadership when it’s core issue of the Climate Crisi is the ONLY issue.

Too much time trying to reclaim the word cunt, asking white bros to delete themselves, arguing over trans inclusive language for abortions, attempting to blame white people for the Christchurch terror attack and attacking free speech a-n-d not enough done for the actual climate crisis.