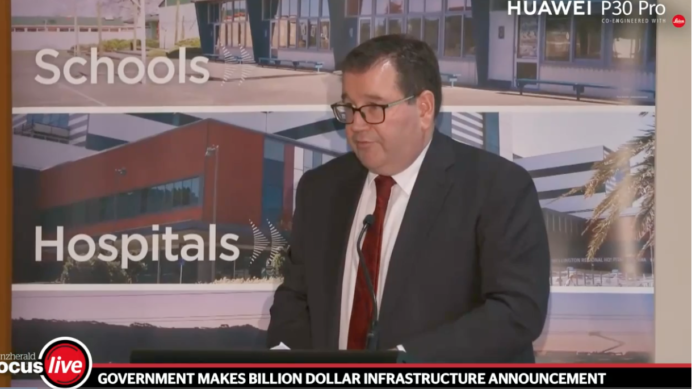 So the terminally cautious Grant Robertson has finally undone some of the buttons on his budget corset that he and James Shaw straightjacketed themselves into by promising our Corporate Overlords that a Labour led Government would be just as austere as a National led one and has delivered a stock standard investment package that lacks vision, punch or hope.

Let’s get the stock standard comments out of the way, yes, these are good first steps, National underfunded for a decade and it’s shit that Labour has to fix all that obscene underfunding but all that said, this unimaginative attempt to look like something is getting done is barely a response to that decade of underfunding.

Grant is borrowing $12b in total, we can borrow twice that and it still won’t impact our credit rating, and a large chunk of that is on bloody roads and some patch up work to our poorly functioning public transport network.

The rest of the money to be announced is equally barely keeping pace with the rapid population increase compounded by an unsustainable tourism industry that is stretching basic infrastructure beyond its capacity.

None of this is transformational and the depressing truth is that this might be the best Labour can actually manage.

I still think they deserve a second term because it takes that long to gain the courage to reform the neoliberal public service, but this is a tiny bandage for an amputated nation.