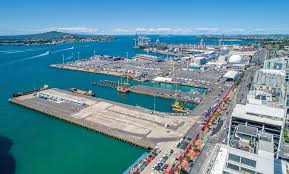 A group of former Auckland civic leaders* has expressed alarm and dismay at the proposed plan to “move” Auckland’s port to Whangarei.

They note that the Port operation at last count generated an estimated 180,000 jobs in the city and that its dividends over the years has been vital in building up Auckland’s public transport infrastructure especially rail, while offsetting significant rates increases.

While the former leaders welcome the proposed upgrade of North Port at Marsden Point and improvement of road and rail links, they strenuously object to the value destruction of Auckland’s major strategic asset inherent in the government’s proposal. This would in effect be the expropriation of a valuable commercial asset by the central government, motivated evidently by coalition politics and vested interests.

The group points out that the port company, the biggest import port in the country, is owned by way of shares under the Port Companies Act 1989. In Auckland’s case 100% of shares are owned by the Auckland Council on behalf of the people of Auckland. Auckland Council legally is a shareholder just like any other shareholder in a commercial company and the proposal is not only undermining the commercial reputation of the port company internationally, but expropriating the asset would create a bad precedent for the rights of New Zealand shareholders in general.

Ports of Auckland’s assets were built up by generations of Aucklanders from the establishment of the Auckland Harbour Board in 1871. Its assets should be retained for future generations, not flung away on an ill considered whim.

The group is convinced by the evidence provided by company executives that the port company has the capacity to handle Auckland’s import needs for several decades to come and even if theoretically maximum capacity were reached, that would not cancel out the considerable capacity thus attained.

While they welcome the announcement by the government that Treasury, the Infrastructure Commission and other economic analysts will independently assess the UNISC working party report and the assumptions underlying it, the former leaders urge a proactive government response encouraging closer commercial cooperation between the three upper North island ports, Auckland, Tauranga and Whangarei to the benefit of the country as a whole.

The limited research embodied in the UNISC report is simply not good enough when the destruction of a significant part of Auckland’s economy is being proposed.

Auckland has always been a port city and a significant number of its residents take pride in the visible industry represented by an efficient working port, compared to more high rise apartments, cafes and bars. Auckland presently accommodates well over a million containers a year and has surplus capacity for significant growth.

However, let us examine very carefully the colossal task of building and maintaining the future roading and rail needs, the ports on sea and land, plus the impact on costs of moving the ports a distance from major markets. Then there are the decommissioning costs in Auckland which must include the huge loss of jobs.

If we look at present transportation infrastructure projects such as (to name one) the improvements to State Highway 1 over approximately 10 Kilometres close to Takanini which has been in progress for 10 years and is still not completed, we may gain an appreciation of the reality as opposed to the political vote gathering that appears to be occurring. Or, for instance, the light rail proposed for Dominion Rd and on to the Airport.

It is very likely the costs will be nearer $30 billion than the presently estimated $10 billion and will double over the 30 years or so of the project.

If a major port is needed in Northland to service population growth north of Auckland and to relieve eventual pressure on Auckland and Tauranga why does it not simply propose to build the infrastructure that will be needed?

Based on present construction timing we will have 30 years and 10 more elections to work through the detailed investigations, economic and social.