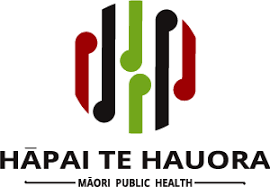 This week a collective of mana whenua, Māori health providers, advocates and community take their concerns about alcohol harm inequities to a symposium held at Middlemore Hospital.

“The purpose of the symposium is to bring Māori voice on alcohol related harm to the fore; to put Māori in a position we have not occupied in the decades of debating alcohol-related harm – and that’s a position of leadership” says Dr. Sarah Herbert, spokesperson from the collective for Māori Leadership on Alcohol. “Alcohol has seriously and negatively impacted our people more than any other population group in Aotearoa and we’re dissatisfied with the decisions that are being made for us, but without us in this space.”

“We’ve got a deadly blind spot in this country around alcohol harm.” says Dr. Rawiri Mckree Jansen, a South Auckland GP and claimant to the Waitangi Tribunal on the Wai 2499 Health Services and Outcomes Kaupapa Inquiry concerning health outcomes across the health system. “Successive governments have lacked the courage to act meaningfully, wringing their hands and producing reports to make it look like they’re doing something but we’re so addicted to alcohol and alcohol industry funding that government initiatives in recent years read like a sad litany of missed opportunities.”

Dr. Jansen says the symposium will fill a gap in the system by prioritising Māori voices and leadership. “We’re taking the mic and setting our priorities for alcohol harm reduction out in public so decision-makers will have no choice but to listen. We will show that self-determination for whānau and equitable decision-making are not simply nice to haves, but essential to turning this tragic inequity around for future generations.”

David Rātu, the lead claimant for WAI 2624, and part the Māori Leadership on Alcohol Collective, says the hui will be an opportunity not just to reiterate failures by governments but to show how Māori solutions are the way forward. Rātu took a claim to the Treaty of Waitangi, saying that the Crown breached the Treaty by failing to implement recommendations from the Law Commission in 2010. He says “Our community is being prevented from achieving self-determination through ineffective legislation. We’re yet to see impactful and sustainable action on the sale and supply of alcohol and we’ve had enough of waiting. This symposium is about saying – here’s where the system is broken, fix it and then let us get on with finding ways to live well that are meaningful to us as Māori.”