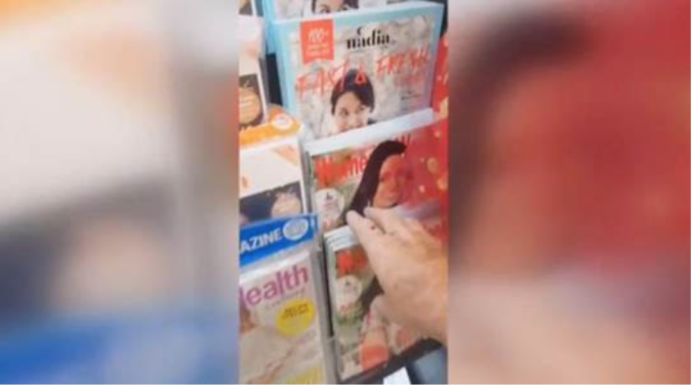 WHAT IF EVERYTHING we currently think about politics in New Zealand is wrong?

We assume that our political parties correspond more or less accurately to the shape of our society. National stands for businessmen, farmers, wealthy professionals and all those temperamentally conservative New Zealanders opposed to radical change. Labour represents wage workers, public servants, people engaged in what might be called the “caring” professions, along with the young and/or idealistic people who hunger for “progressive” reform. The so-called “minor” parties: the Greens and Act; cater to smaller, more ideologically driven, groups of voters. Finally, NZ First represents those mostly older Kiwis nostalgic for the less confusing, economically cut-throat and culturally diverse New Zealand of yesteryear.

So far, so straightforward. But what if these familiar descriptions of our political parties no longer correspond to what they truly represent? What would that mean? What would it tell us about the people and organisations charged with making sense of our politics? Could it be that we are being deliberately misled about what is actually going on in the precincts of power and influence? Or, are the journalists and pundits, the PR mavens and academics, no more aware of what is actually happening than the rest of us?

Over the weekend, Twitter began to fill up with video-clips of individuals, in supermarkets and dairies, turning around women’s magazines with covers featuring photographs of the Prime Minister. Persons also recorded themselves turning over copies of Jacinda Ardern’s biography in bookshops. These bizarre actions were presented as acts of political resistance. Those responsible clearly believe themselves to be living under a dangerous and oppressive government – whose leader merits literal effacement.

Many of those expressing bemusement at the antics of these #turnardern effacers, were convinced that they were yet another expression of the National Party’s increasingly spiteful anti-government propaganda campaign. They marvelled at the oddness of the perpetrators’ mindset and questioned the common-sense of allowing the rest of New Zealand to glimpse the sheer loopiness of the Prime Minister’s detractors. How could such behaviour possibly boost National’s chances of re-election?

At the heart of that last question lies an assumption that the National Party, its leaders and campaign strategists, continue to be guided by a rational assessment of New Zealand’s present condition, and that the policies formulated and articulated by the party represent a rational response to that condition. We assume this because the alternative explanation: that National is in the grip of seriously deluded individuals, driven by profoundly irrational impulses, is simply too frightening to contemplate.

But, contemplate it we must, because the people we used to describe as the “Right” have, indeed, succumbed to delusions, and no longer appear to be engaged in rational political behaviour.

If there is a single word to describe the current mood of the people in charge of the National Party – and their followers – it is “paranoia”. The Merriam Webster Dictionary describes Paranoia as “a mental illness characterized by systematized delusions of persecution”. For the purposes of this post, however, Merriam Webster’s second definition is the more useful. It describes “a tendency on the part of an individual or group toward excessive or irrational suspiciousness and distrustfulness of others”.

The New Zealand farming community is very much the poster-child for political paranoia. The fear and anxiety, suspicion and distrust, triggered in the typical dairy farmer by the formation of a Labour-led government is disturbing. It’s as if, at some point in the past, angry columns of working-class militiamen had invaded the countryside, hellbent on subduing farmers’ freedoms, robbing them of the fruits of their labour, and driving them into penury. That New Zealand history records exactly the opposite happening – Massey’s Cossacks anyone? – is conveniently forgotten.

Very much at the front of rural and provincial minds, however, is the urge to punish and humiliate the urban poor – especially the brown urban poor. Install a listening device in any venue where farmers and their families are confident they will not be overheard and you will hear the most appalling sentiments expressed. Not just hostility, but visceral hatred. The sort of dehumanising language that generally precedes physical assault – or worse. So speak the paranoid guardians of rural and provincial virtue. To fathom the fury of  National’s policies towards beneficiaries, state house tenants and the homeless – just visit the country.

It would be wrong, however, to locate the paranoia currently afflicting New Zealand politics exclusively on the Right. On the Left, too, suspicion and mistrust run riot.

Fuelling the Left’s paranoia is its awareness of the Labour Party’s sociological contradictions. Founded by, and for many decades dominated by, the trade unions, Labour’s culture was uncomplicatedly working-class. In simple terms: its members and voters tended towards economic radicalism and social conservatism. Yes, they were fervent believers in state intervention, but they were also, consciously or unconsciously, racists, sexists and homophobes.

The new social movements of the 1960s and 70s complicated this picture considerably. Tensions between the old social conservatives and the young social liberals grew steadily – most particularly in response to the party’s conservative stance on abortion. So long as all elements within the party cleaved to the state interventionist “democratic-socialist” thrust of Labour’s economic policies, however, those tensions remained manageable. It was only when the social liberals abandoned democratic-socialism for the “free market” that the party tore itself asunder.

When the smoke and fire of the 1980s had cleared, a very peculiar picture emerged. The party organisation had taken on an unmistakably middle-class, social-liberal countenance. It’s electoral base, however, remained stubbornly working-class. A wide gulf had opened up between the values of the party and the values of its voters. This was especially true of its conservative Christian supporters from the Pacific Islands.

Somehow Labour’s leaders had to finesse these profound sociological and moral divergences. Not only was Labour now required to conceal from its staunchest “have not” supporters a radically different set of values and beliefs, but it also had to obscure the fact that the people who actually controlled the Labour Party should now be counted among the “haves”. In other words, Labour found itself committed to living a political lie. Understandably, it grew increasingly fearful of its contradictions being exposed. Its suspicion and distrust of its own electoral base grew. Labour, too, was becoming paranoid.

Plant a listening device in any Grey Lynn Labour household and the inhabitants’ recorded conversations are likely to prove as hair-raising as that of any farming family. The working-class Pakeha male, when he’s not a cross-burning white supremacist, is an eager participant in rape culture. It is, therefore, vital that the freedom of expression of such dangerous people be curtailed as the processes of full-scale decolonisation are set in place, immigration increases, and gender roles are radically reconstructed.

The most important conclusion to be drawn from the paranoia into which New Zealand politics has fallen is that its ugly manifestations are driving more and more voters out of their old political pigeon-holes. Those who still see a point in voting are casting their ballots more out of habit than conviction. There may already be an electoral majority in support of a political style that is neither delusional nor irrational.

All it needs is a party.