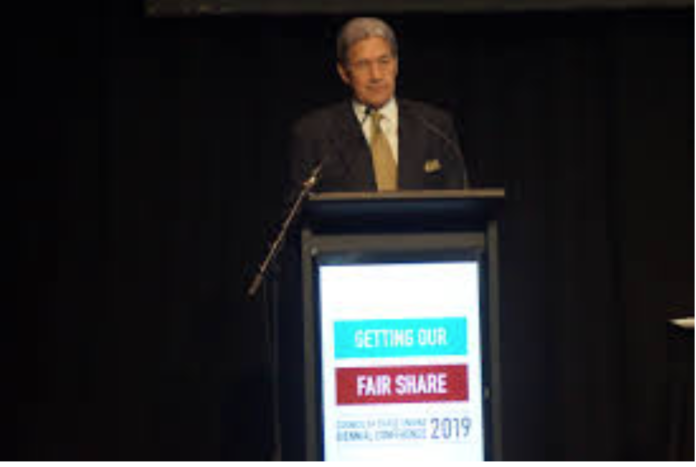 That all changed when Jacinda came to power, all that repressed frustration at not going anywhere suddenly exploded with a huge jump in union disruption.

How brave to fight for worker rights the millisecond National are no longer in power.

The added issue for the unions was that the membership went from apathy/frightened to militant because social media allowed them to connect with each other and the leadership were suddenly having to reign in members aspirations. The Nurses union and Teachers union almost lost control of their memberships desire to rumble.

Winston and Jacinda appearing at the CTU conference this week was a carefully stage managed affair to send very clear messaging to the CTU to not push their luck. As we saw with the toothless nothings that this government have already passed for workers, the Right decried these virtually meaningless gestures as the second coming of Marx so something of the magnitude of fair pay agreements and industry-wide workplace deals will have the Right and their media puppets claiming class war with the Bolsheviks.

Rather than declaring industrial action and handing the ammunition to Simon Bridges personally, the CTU needs to embark upon a PR campaign to sell fair pay agreements and industry-wide workplace deals to the public directly because this Government are so risk averse going into the 2020 election they simply don’t have the time or energy to make these arguments themselves. The campaign has to explain what impact these changes would make in language that isn’t Wellington bureaucrat speak and aimed at those sectors of the community who will recoil the most at the changes and be prepared to front foot it directly with the Employers association and big business to counter their propaganda campaign.

If the CTU can’t win the people over with a clever campaign, this Government sure as Christ won’t be expending the little political capital they have left to die in a ditch for a movement that barely 20% of the workforce are joined to.

The Spinoff published an article at the beginning of the month highlighting accusations of sexual assault that led to right wing media pundits and senior journalists falsely insinuating  the PM knew about and covered up a sexual assault and that media feeding frenzy resulted in the sudden drop in the polls for Labour. Hardly an outcome the painfully middle class woke sadfishing mommy bloggers of The Spinoff want to be associated with.

Imagine if The Spinoff had gone to Jacinda for comment first so that character assassination and resulting political poll damage hadn’t occurred?

The CTU can either be the Spinoff publishing allegations with no chance of Jacinda responding or they can be mindful that battles won mustn’t lose the war.