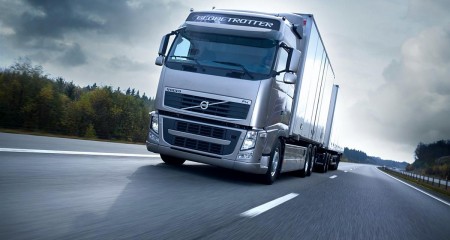 CEAC discussed this truck issue back in 24th June about roads not capable of carrying freight. “NZ roads are not coping with heavier trucks”.

Have they not got the message yet?

Yet again today we see the truckers in the news, upset at the state of our roads, now in Whanganui, after a hillside slip obviously caused by excessive truck weight and vibrations fractured the hillside, like what occurred in the Manawatu gorge and Waioeka gorge in recent times, causing destruction of our road use and costing over billions of dollars damage when use of rail could’ve avoided this damage and loss.

NZTA need to firstly to carry out “due diligence” by ordering a “Viability study” to see if the cost will be worth spending it on logging trucks and how much they need to ‘charge the truck road users who were mainly responsible for all the damage in the first place.

Not to do this would be just another “business welfare public subsidy’ given to the truckers and exporters of those logs.

Our Government must order a ‘full financial viability study’ from NZTA firstly like they requested of our Gisborne rail that was washed out by storm erosion 7yrs ago, and we are still awaiting the rail viability study that has not been released to get our gisborne rail back yet, so rushing to restore a backroad is premature here.

Highway 4 is just a single lane back road like much a ‘rural state road as our Gisborne ‘highway two’ is and we are always witnessing HPMV heavy trucks destroying our roads too.

So before a Government agency plans on spending our hard earned tax money NZTA must be called into account to do the same for roads as they request of rail, by ordering long term viability studies that will benefit our environment and wellbeing should rather spend the funds on large scale restoration of rail our regional services to move all the freight around the country.

Overuse of trucks are ruining our lives/health/wellbeing in almost every area of our lives.

When the ‘Road Transport Forum’ lobbied the last Labour Government back in the early 2000’s to use bigger heavier trucks (HPMV) saying they would reduce trucks and make freight move more efficiently.

This was a false plan that has found proven costly to our infrastructure and our economy.

General Truck fleet use numbers (NZTA) have been rising average 6% annually since HPMV were introduced while rail has been static or reduced.

Media documentaries see viewed then warned about our roads being destroyed back when they lobbied for the HPMV 63 tonne trucks back in 2005 by Australian roading engineers who already found that placing bigger longer, heavier, trucks on their light roads would do the same there.

So trucking need to take a breather now as it was your trucks that have been responsible for wrecking our public roads that you as the ‘current user’ should now pay for fixing them all under “the user pays policy”.

Best we all get behind using rail to move your freight as the costs to maintain our roads are now bankrupting us all, and is now calling for common sense to use rail now.

Or use this logic and follow the ‘Michigan US’ plan.

“Experts weigh in on how much Michigan’s heavy trucks damage the state’s roads.

LANSING — Michigan’s highest-in-the-nation gross truck weights are responsible for significant damage to state roads and bridges, experts say, despite years of denials from the Michigan Department of Transportation.

The issue is an important one as residents consider Gov. Gretchen Whitmer’s plan to “fix the damn roads” by hiking the tax on both regular and diesel fuels by 45 cents per gallon but not changing Michigan’s truck weight laws.

The plan would raise an extra $2.5 billion a year, of which $1.9 billion would be spent on roads and bridges.

For years, MDOT has had a ready answer when motorists draw a link between roads that are ranked among the nation’s worst and a truck weight limit of 164,000 pounds that is more than double the federal limit.

It’s not the total weight of the truck that matters — it’s the amount of weight carried by each truck axle, the department has insisted.

And a 164,000-pound truck with the 11 axles that Michigan requires actually spreads the load more than a standard five-axle truck weighing 80,000 pounds, the federal limit.

That’s not true for bridges, experts say, and only true for roads with respect to certain types of damage if the pavement the truck travels on is a smooth one. Send that same heavy truck bouncing down a road that is already rough — as so many Michigan roads are — and a different set of physics applies.

In interviews with civil and mechanical engineers and a review of academic literature, the Free Press found:

• Even on a smooth road, studies show gross vehicle weight — not axle weight — is directly related to a type of damage called “rutting,” which is a permanent depression in the pavement along the path the wheels follow, and which is related to road roughness. Conversely, for road fatigue and cracking, civil and mechanical engineers agree that axle weight, not the total truck weight, is the critical factor.

• Trucks that bounce on rough surfaces create a “dynamic loading” effect that is significantly higher than what results from the weight of the truck when it is standing still or moving on a smooth surface. Engineers disagree over whether gross weight or axle weights take precedence when trucks start to bounce, but they agree both are part of the calculation.

• When it comes to damage to bridges, it’s all about the truck’s total weight, not the axle weights, engineers agree. That’s because a bridge bears the entire weight of a truck, regardless of how many axles the truck has. A 2016 U.S. Department of Transportation study estimated that raising the federal weight limit from 80,000 pounds to 97,000 pounds would necessitate $2.2 billion in bridge improvements to handle the extra loads.

Larry Galehouse, founder and past director of the National Center for Pavement Preservation at MSU and a civil engineer who worked more than 20 years at MDOT, told the Free Press that Michigan’s high gross weight limits contribute significantly to road damage.

“When you get a road that’s not smooth, you get dynamic loading, which is a truck bouncing up and down,” Galehouse said.

Not just the axles, but the entire weight of the bouncing truck crashes onto the pavement, and “it has a tendency to really tear up the roads,” Galehouse said.

Both the bouncing axles and the bouncing truck body can deliver hammer blows to a rough road, since doubling the load of an axle produces 16 times the damage, based on a rule of thumb used by civil engineers.” UN QUOTE.

• So now ‘the truth is out there’ in a 2016 U.S. Department of Transportation study that has estimated that “raising the federal weight limit from 80,000 pounds to 97,000 pounds would necessitate $2.2 billion in bridge improvements to handle the extra loads.”

So now have those ‘heavier trucks’ already everywhere on our roads; – what do we do about our roads that are falling apart in front of our eyes daily now?

Our only viable option is to use rail. 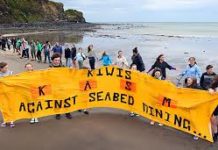 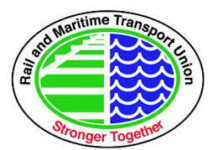 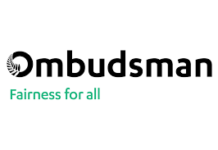