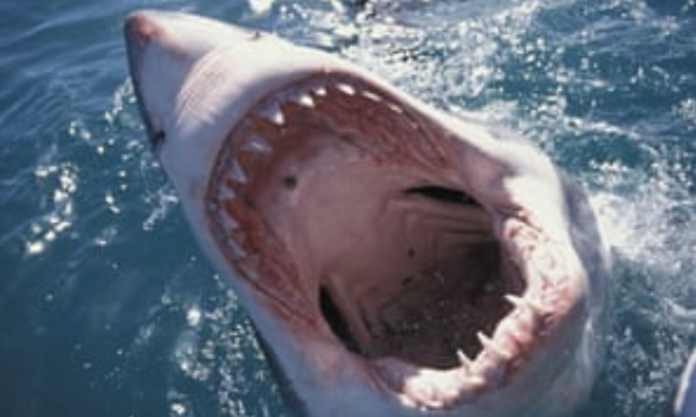 It’s been a weekend of pack attack media feeding frenzy castigations of Jacinda. A mix of self righteous denouncement blended with claims of heresy and a side order of grim Presbyterian judgment. A bitter bile cocktail of Politics and Culture War that makes the Salem Witch Trials look like the very epitome of ethical jurisprudence.

You forget how ruthless the bear pit is in NZ until the shallow sanctimony that we love to drown whatever wretched thing has caught the gaze of the Press Gallery limps into the collective gun sights of the punditry class.

Everyone was at it over the weekend. Matthew Hooton went full conspiracy and was almost one frenzied tweet away from claiming Jacinda owned a pizza shop and was best friends with Jeffrey Epstein. I was expecting him to start tweeting #PizzaGate allegations.

Alison Mau was desperately trying to justify the brave new world her #MeTooNZ activism had ushered into being by explaining why Salem Witch Trial rules of evidence was actually a refreshing step forward towards a glorious age of Matriarchy.

Andrea Vance asked herself a set of questions that only she knew the answers to in a column that should have been called ‘The sound of one hand clapping’. As Judge, Journalist and Executioner, Andrea concludes anyone questioning any aspect of the allegations are as bad as the rapists themselves which was a helpful reminder to never have Andrea picked for Jury service.

As the brave new world of allegation = guilt rolled on, Tracy Watkins at Stuff noted that Journalists were being sent pictures of any man connected to Labour who was now accused of being a rapist…

The ugly side of abuse scandals like the one engulfing Labour at the moment is the number of innocent people caught up as collateral damage.

Reporters have been sent photos of entirely blameless men with red circles drawn around their faces; falsely identified as being involved, solely due to their ties to Labour. The senders are 100 per cent wrong but that’s how people fill the void when all the facts aren’t public.

Then there was the rumour that swept Twitter on Friday about the totally expected departure of a senior and highly respected politico from a temporary stint at the Beehive; he had been sacked, fallen on his sword, the Twitter mob proclaimed before it morphed into something even more accusatory, that he was THE ONE.

Again, 100 per cent wrong. The truth was more mundane; he was filling in for a staffer who has now returned.

…yes #AllLabourMen. It’s almost as if ‘To Kill a Mockingbird’ was never written.

The ZB Troll Farm was foaming. Hosking, Hawkesby, Soper and Heather Duplicitous were all in right wing heaven believing this allegation was now the promised land in destroying Jacinda. If you play all of them backwards you could hear subliminal messages like ‘Jacinda hates women’, ‘Jacinda hugs rapists’ and ‘All Tax is theft”.

Paula Bennett couldn’t hide her glee and while National didn’t release their report into sexism within the Party and avoided questions as to why they only used 4 female staff complaints against JLR when it became politically expedient to do so, Paula had no issues crawling through all that hypocrisy to take the moral high ground as the champion of these young people making the accusations.

For publishing raw allegations without any evidence of those allegations having taken place, the SpinOff reached levels of sanctimony that tends to at least require a church. Toby Manhire single handedly built a cathedral to his journalism and demanded everyone else worship at it. The cherry on the top of that shit cake would be some emotionally manipulative piece from militant mummy bloggers lamenting Jacinda had personally offended them too and stopped them lactating.

For the best tub thumper though, Duncan Garner’s rant has to top everyone else’s for it’s pure ‘Hooton Feminist’ audacity. If words were a mugging this column is effervescent thuggery, here’s a taste…

It’s simply too hard to accept she didn’t know it was an assault of a sexual nature.

Kelvin Davis heard a rumour in Māori. How helpful.

And even the woman selling the $3 coffees by the lift knew, although Kelvin wasn’t sure if she was talking about the assaults at Labour’s summer camp or this latest one.

…at this stage Garner is less a journalist and more a Chinese Police Official convicting any Hong Kong protestor as guilty of Treason by hanging no matter where they were arrested.

What we are all missing here of course is the possibility that Labour’s investigation didn’t find enough evidence to sack the staff member who had been complained about. Sure the process has been mishandled, but Labour weren’t capable of handling an allegation of sexual assault this serious and they have been caught out in a post #MeToo cultural landscape that places allegation as the new evidential threshold and due process as white cis-male privilege.

Labour’s sins will be judged by the woke as worse than the indecent assault and the new game will be hunting any Labour MP who dares question the current post #MeToo articles of faith where the person making an allegation must be believed regardless of evidence.

While Labour’s internal processes look to have failed, I still refuse point blank to believe that Jacinda with this level of empathy… 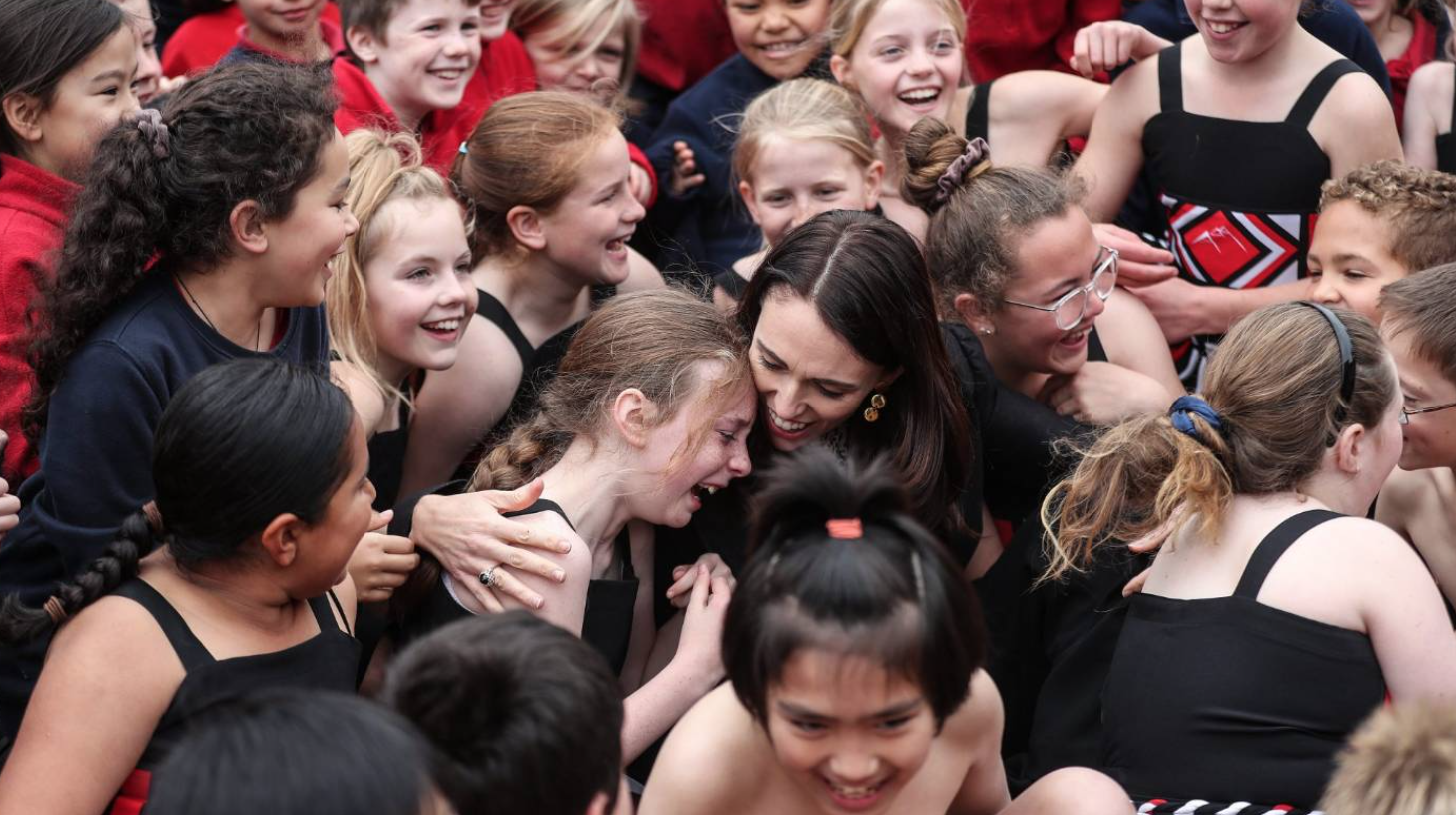 Ardern was in Christchurch to mark the six-month anniversary of the March 15 terror attack, where 51 people were killed and scores more injured. During the visit she announced an extra $8.6 million for Canterbury mental health services to deal with the ongoing impacts of the attack.

Canterbury had gone through some “really tough stuff”, Ardern told the children. Afterwards, pupils and teachers flocked around her for photographs. One girl, Charlotte Price, burst into tears.

“I noticed she was crying. I don’t know what triggered it. I thought, I’ll go and sit next to her. I hope I don’t make it worse,” Ardern said when asked later on Friday.

…would cover up or lie about a sexual assault.

There have been mistakes made here, we can all accept that, but to tarnish Jacinda’s reputation by claiming she knew or covered this up are nothing short of a vile character assassination.

The lesson here is that in the post #MeToo landscape, allegation is the only thing that matters and no one learned anything from Awanui Black.

Peter Ellis died last week and we like to think that the age of hysterical allegations and rumour has passed us and that we would never become so quickly consumed by the furnace of accusation without objective evidence.

Media coverage over the weekend proved we are still as susceptible as ever to that lynch mob.