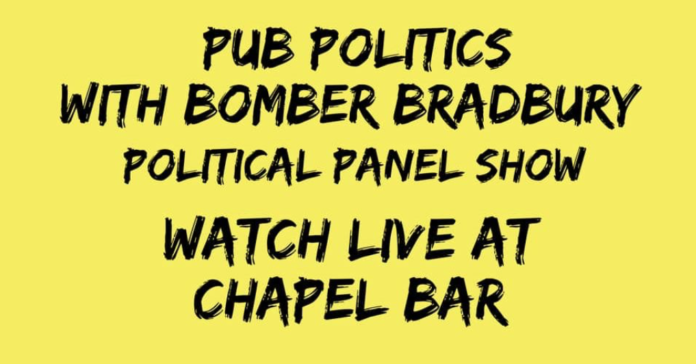 ARE YOU NOT ENTERTAINED productions presents Pub Politics, this Monday 8pm Live streamed on The Daily Blog from Chapel Bar on Ponsonby Rd.

This week – The Cannabis Referendum featuring:

First in, first served at the Bar, once we reach capacity that’s it so get in early to ensure you are part of the night. The entire hour will be live streamed here on the Daily Blog.

Pub Politics – it’s like Backbenchers but with way more booze.