Northland National Party MP and man afraid of eclipses, Matt King, posted an American Right Wing climate denial mantra onto his Facebook page last week and is still facing the anti-science fall out it has sparked.

The climate denial is so evangelical you get the feeling he has doubts about vaccinations, fluoridation in water and all of the moon landings. I wouldn’t be surprised if he fervently believes dinosaurs are a trick by Satan and that the Earth actually rests on four large elephants standing on a giant space turtle. 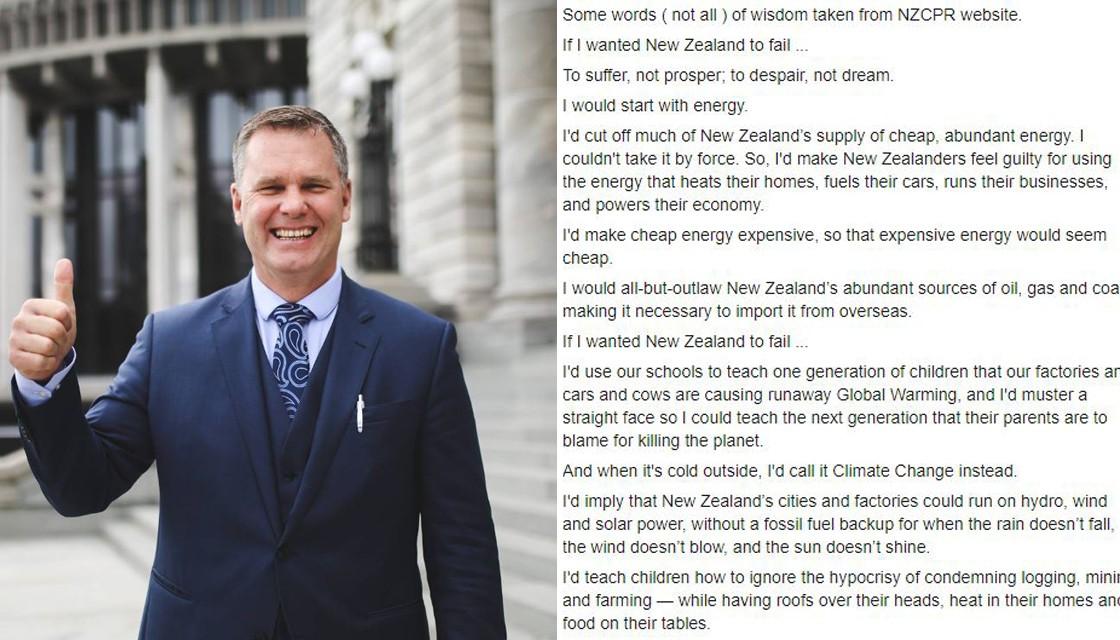 You should think that someone who is prepared to post this sort of emotive climate denial would at least have the spine to actually front and debate his fringe views so Local Councillor Mike Finlayson has challenged him to do exactly that..

The Northland MP copped heavy criticism over the weekend for a social media post that claimed climate change “is natural” and accused the Government of unfairly targeting farmers in efforts to lower carbon emissions.

“If you’re a member of the public, sure, but he represents thousands of people,” he told Newshub. “It falls short of the standard for local government.”

Finlayson has served on the Northland Regional Council for three years, and says climate change is playing an increasing role in decision-making.

He was “shocked and disappointed” to read King’s Facebook post, which was published to his official page on Saturday.

“He’s battling for farmers, I say go for it, but the rant was plagiarised from an alt-right, petrochemical industry-funded propaganda unit.”

…if you want to spout ideas, all well and good, but when challenged you should need to front and actually engage in debate to defend your views, so what has National Party MP Matt King decided?

Matt King says his controversial Facebook post has sparked much-needed discussion around climate change, but won’t take the conversation further by accepting a councillor’s offer of a public debate.

…what a cop out! Oh, it’s fine to post controversial far right climate denial crap on his Facebook page, but he doesn’t have the spine to actually front and debate the issue?

What have you got?