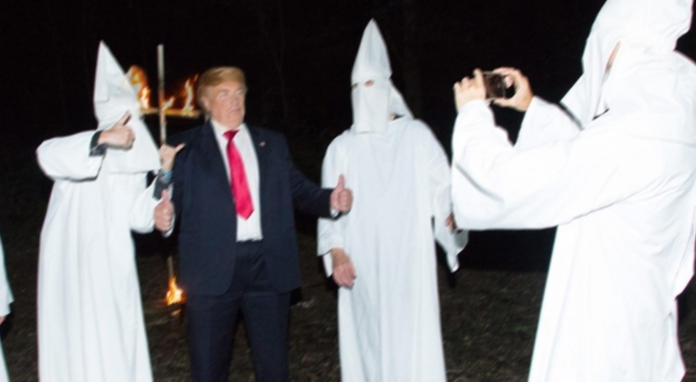 The latest hope by liberals to the end of the orange fascism that is Trump, is that the looming economic collapse that he has inadvertently set in motion will somehow damage Trump enough to finally beta him.

Firstly, let’s remind ourselves that this next economic Armageddon has been created by 10 years of Central Banks printing trillions in money to stop the implosion of the GFC of 2008, Trump looks like he’ll pop it through his trade war and perverse corporate tax cuts, so the hard rain that is going to fall isn’t all on Trump.

Secondly, someone did have to take China on, they are a repressive Totalitarian regime with far too much power and clipping their economic wings is actually far better than open warfare.

After the dozens of scandals, after the blame Russia campaign, after the sexist, racist hateful shit he spouts daily, after the 12000 lies, after the failed Mueller investigation, we now tell ourselves that the new thing that will end Trump will be a collapsing economy.

I fear it could actually consolidate Trump.

After the tax cuts that put money in their pockets and jobs everywhere, People who vote Trump won’t blame the President for an economic failure, they’ll see a media and political class who have attempted to undermine him every step of the way and how attractive is the blame migrants dog whistle when people are actually economically hurting, not just fretting about their perceived loss of privilege?

We tell ourselves that Trump will lose because we want to believe it, but Trump was elected because of economic anxiety, how much more enraged will his electorate become when they truly feel that anxiety become economic reality?

I fear they will scream for Trump to punish their enemies in a terrible way.

To beat Trump’s negative populism, the Democrats need positive populism, they need to talk about free health fare and free education. Bernie Sanders & Elizabeth Warren are doing that, but Biden is lost in his own white saviour fantasy.

Trump is unique in that he understands resentment better than any other politician before him, if you think poor white America are irrational when they think they might be losing out, wait until they start losing out.