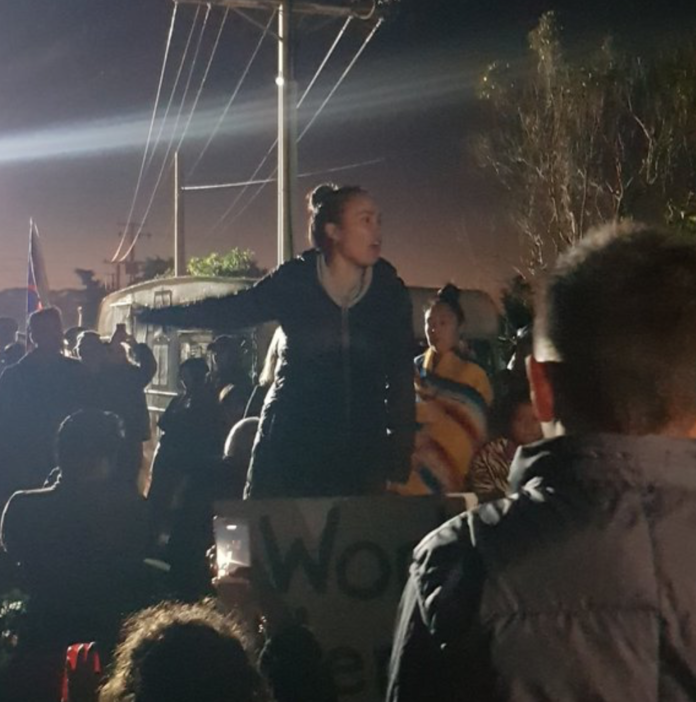 There was something almost smug in the Prime Minister’s voice when she was asked if the government would intervene at Ihumatao. Oh no, she said – that’s an iwi dispute – nothing to do with the government – whew!

She was backed up by a phalanx of Maori Labour MPs – spineless to a person – who said it wasn’t the government’s role to get involved in internal iwi politics.

And never mind that the colonial wars of the past have been based on the same crown logic the Prime Minister is using today.

It was the “purchase” of a block of land at Waitara which spurred on the land wars in the Taranaki for example. The Crown negotiated with an iwi leader who had no right to sell the block and then when other iwi members intervened the state forces were deployed to defend the sale and the second wave of the Land Wars began.

Divide and Rule has always been the weapon of choice by European colonists to separate Maori from their land – not just in past history but in the present reality.

When I look at Ihumatao I’m reminded of Bastion Point.

The Muldoon government wanted Bastion Point for luxury housing but Ngati Whatua wanted it returned to them. Muldoon then did a sneaky deal at a secret meeting with one Ngati Whatua leader, Hugh Kawharu, to build houses on the land against the wishes of the people. (Kawharu was later knighted by the government)

The divide and rule strategy used by the government at Bastion Point is now being used by Fletcher Housing at Ihumatao where the company has set out to split the people.

However just as Muldoon was defeated at Bastion Point so the government and Fletcher Housing will be defeated at Ihumatao.

Kia Kaha, Kia Toa, Kia Manawanui to all the people resisting at Ihumatao.