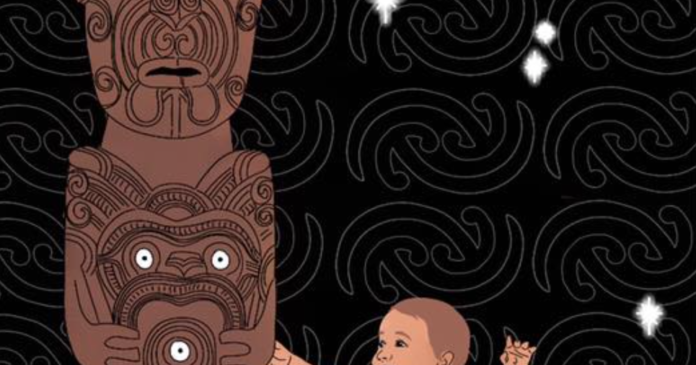 Hands Off Our Tamariki : a Rally to Demand the Halting of State Abuse of Māori Tamariki And Whānau

In just over a week a collective of these organisations along with concerned whānau, parents, academics, students and communities will rally at Parliament to say #HandsOffOurTamariki.

Rally co-organiser Rihi Te Nana states, “Some Iwi have begun to monitor the impact of the Ministry of Children on whānau and are calling whānau to share their experiences of interactions with the Ministry. Whānau Ora collectives have initiated an inquiry into the policies and processes of the Ministry of Children in respect to the removal of Māori tamariki and the issues of abuse experienced by Māori tamariki who are placed in State ‘care’. There are now numerous reviews or inquiries underway including the Ministry review of the widely viewed process of attempted removal of a newborn from a Hawkes Bay hospital and various forms of inquiry being led by the Children’s Commission Judge Andrew Beecroft; the Chief Ombudsman Judge Peter Boshier and the Whānau Ora collective. This tells us that the failings of the Ministry is widely known across the sector. The only ones that continue to defend the Ministry and its appalling record is the CEO Grainne Moss and Minister Tracey Martin”.

For many years Māori have called for transformative and systemic change within the Ministry of Children and its predecessors CYFS and the Department of Social Welfare. A critical report that has been raised by Māori consistently is Puao-Te-Ata-Tū (1988). What is clearly evidenced for over 30 years is the failure of successive governments, Ministry’s and their agencies to prioritise Māori needs and aspirations for the wellbeing of our tamariki and mokopuna.

In our Open Letter to the government, signed by almost 17,000 people, the Hands Off Our Tamariki Network has called for the current government to put a stop to the punitive and bullying processes of the Ministry of Children in regard to the removal of tamariki Māori. There is resounding evidence of the failure of the Ministry to listen to the needs of whānau and of the denial of fundamental rights of whānau to make decisions about the well-being of their tamariki and mokopuna.

The Hands Off Our Tamariki Network continues to call for the resignation of both the CEO Grainne Moss and for the Minister Tracey Martin to step down and strongly advocate for Prime Minister Jacinda Ardern to step up and to take seriously the calls by Māori for Kaupapa Māori solutions and approaches that are led by Māori for Māori. The current system has actively shown itself to be abusive and incapable of providing for the needs of Māori whānau, our tamariki and our mokopuna.

We also call for the Prime Minister to meet with Māori organisations, whānau, hapū and iwi to discuss Māori driven solutions. That PM Ardern work with these organisations to support and resource the establishment of a Kaupapa Māori practice model of service for our tamariki and whānau building on the strong network of Whānau Ora, Māori/Iwi Provider networks, Te Kōhanga Reo, Kura Kaupapa Māori and Wānanga.

We note that the call for systemic changes and in particular the continued perpetration of institutional racism by the State upon whānau is not only within the Ministry of Children but is a system wide issue. We have been informed of the collusion of Family Court, the Police, the Ministry of Education, DHBs and other organisations with the Ministry of Children in the removal of Māori tamariki. Reports undertaken over the past five years highlight the impact of systemic racism across all sectors within this society.

If change is to happen for the well-being of Māori tamariki and their whānau then there must be a greater commitment to meaningful and equitable Treaty relationships that enable and resource Kaupapa Māori approaches and solutions. This includes a dismantling of all components of the existing system that fail to provide for Kaupapa Māori including a significant shift in the education sector.

In particular there is urgent need for (i) change in the Social Work education which is currently dominated by western frameworks of social work practice; (ii) a prioritisation of Kaupapa Māori education such as offered within the wānanga sector; (iii) the removal of the Social Work Registration Board oversight of Māori social work training and (iv) the establishment of a new Māori system of accreditation for Whanau Ora and Kaupapa Māori social service education.

Commentators with experience of care for tamariki and whānau have agreed to speak and share their knowledge with the rally. The rally will be facilitated by Leonie Pihama, Tere Harrison and Laura O’Connell Rapira.

Invited Speakers include (more to be announced this week):