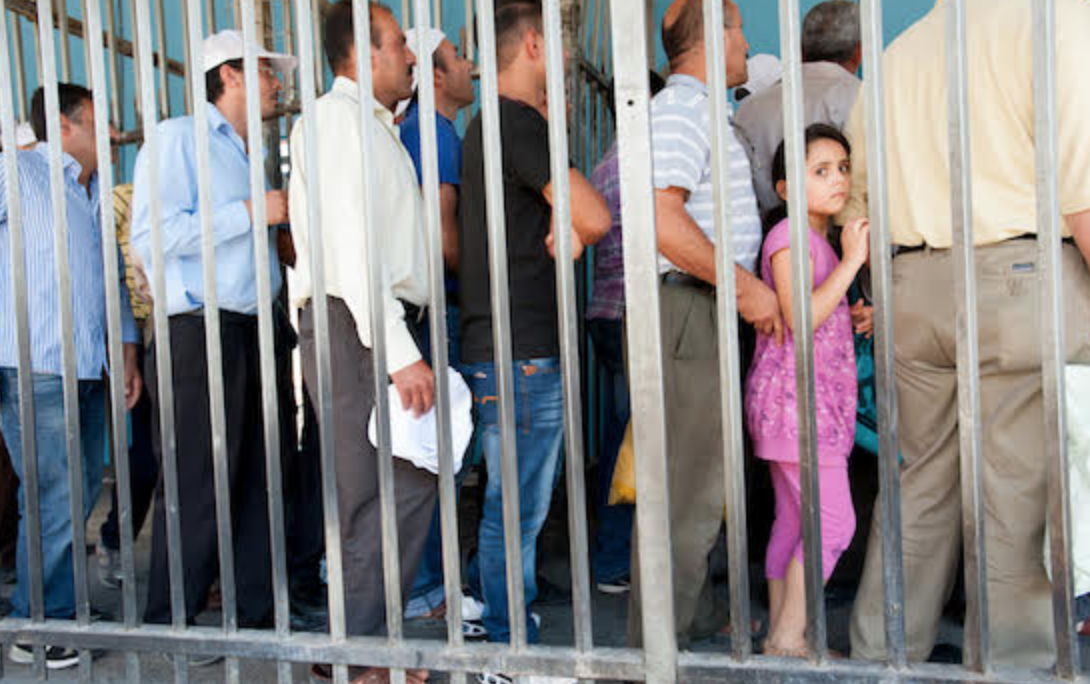 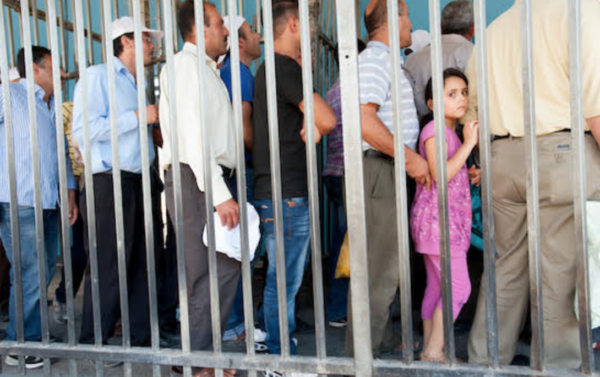 According to the online Oxford English Dictionary, the term anti-Semitism means “Hostility to or prejudice against Jews”. It defines Semite as: “A member of any of the peoples who speak or spoke a Semitic language, including in particular the Jews and Arabs. From modern Latin Semita, via late Latin from Greek Sēm ‘Shem’, son of Noah in the Bible, from whom these peoples were traditionally supposed to be descended.”

To be consistent and logical, therefore, definition of the term anti-Semitism should surely at least read: “Hostility to or prejudice against any of the peoples who speak a Semitic language, including in particular the Jews and Arabs.” How is it then that the term anti-Semitism has been so specifically narrowed to apply only to hostility towards Jews? This limitation of meaning appears as an embrace of exclusion and separatism.

Those who support justice for the Palestinian people and criticise Israeli violations of international human rights law are almost always accused by Zionists of being “anti-Semitic”. The term ‘anti-Jewish’ is seldom used, although clearly implied. Israel and its founding ideology could equally be described as ‘anti-Semitic’ because the chief victims are the Palestinian people, who speak the most widely-spoken Semitic language. It serves Zionism’s goals for the world to think only of Jews when ‘anti-Semitism’ is used to lambast those who speak up in defence of Palestinian human rights. Zionism would have the Palestinian people disappear. In Israel, Palestinians are referred to almost always as ‘Arabs‘ and in the Occupied West Bank, illegal Israeli settler militants spray-paint ‘death to Arabs’ hate messages on Palestinian property.

Founded by Theodor Herzl in the late nineteenth century, Zionism holds that hostility to Jews is natural and inevitable and that Jews can only be secure through the creation of a Jewish state. At its heart, Zionism is racist and inherits the outlook of European colonialism. Zionism’s past helps to explain Israel’s present abuses of human rights. On 21 June 1933, the Zionist Federation of Germany sent a memorandum to the Nazi Party and the following extract reveals something of Zionist psychology:

“On the foundation of the new [Nazi German] state, which has established the principle of race, we wish so to fit our community into the total structure so that for us too, in the sphere assigned to us, fruitful activity for the Fatherland is possible . . . Our acknowledgment of Jewish nationality provides for a clear and sincere relationship to the German people and its national and racial realities. Precisely because we do not wish to falsify these fundamentals, because we, too, are against mixed marriage and are for maintaining the purity of the Jewish group . . .”
(Lucy Dawidowicz (ed.), A Holocaust Reader, pp. 150-155)

Instead of joining in solidarity with the wider opposition against all forms of supremacism, racism and ethnic cleansing, Zionism stands apart, preferring to hold that anti-Jewish prejudice can never be overcome and that Jews will only be safe in a Zionist state. The ideology depends upon the claim of never-ending ‘anti-Semitism’ in order to divert attention from its relentless violations of Palestinian human rights. Yet Zionist Israel was founded upon terror and ethnic cleansing!

In Jerusalem, looking north from the Yad Vashem Holocaust Museum, which commemorates the grim tragedy of Nazi atrocities perpetrated against Jews, can be seen the site where lie the remains of the destroyed Palestinian village of Deir Yassin. There are no signs to inform the visitor of what happened to the village, no commemoration of the victims and no mention of the village in any tour guides. Zionists hardly ever acknowledge Palestinians as a people. Instead, as the former Israeli Prime Minister, and leader of the terrorist Irgun, Menachem Begin, acknowledged, “Without what was done at Deir Yassin there would not have been a state of Israel … The Arabs began fleeing in panic, shouting ‘Deir Yassin’.” (The Revolt, 1983).

Accounts of the war crimes committed by Irgun terrorists in Deir Yassin are well known and documented: “A young fellow tied to a tree and set on fire. A woman and an old man shot in back. Girls lined up against a wall and shot with a sub machinegun. The testimonies collected by filmmaker Neta Shoshani about the massacre in Deir Yassin . . .” The victims are never acknowledged to be Palestinian. An Irgun fighter, Yehuda Feder, recalled “our movement carried out a tremendous operation to occupy the Arab village on the Jerusalem-Tel Aviv road – Deir Yassin.” In a letter, he writes: “This was the first time in my life that at my hands and before my eyes Arabs fell. In the village I killed an armed Arab man and two Arab girls of 16 or 17 who were helping the Arab who was shooting. I stood them against a wall and blasted them with two rounds from the Tommy gun.” He further goes on to admit to looting: “We confiscated a lot of money and silver and gold jewellery fell into our hands.”

A former Meretz MK and government minister, Yair Tsaban, recalled that he later arrived on the scene with fellow members of the Youth Brigades to bury the corpses in Deir Yassin. He said in interview: “The rationale was that the Red Cross was liable to show up at any moment and it was necessary to blur the traces . . .” Official Red Cross figures record that approximately 250 villagers were killed in Deir Yassin, including 25 pregnant women. The Israeli historian, Benny Morris, notes in his book Righteous Victims: “Deir Yassin had a profound demographic and political effect: It was followed by mass flight of Arabs from their locales.” Again, with demographics foremost, Morris makes no attempt to recognise the victims as Palestinians.

“ . . . dishonours the persecution, displacement and genocide of European Jews by using their memory to justify and perpetuate European authoritarianism and colonialism. It is responsible for the extensive displacement and alienation of Mizrahi Jews (Jews of Sephardi, Asian and African descent) from indigenous identities, languages, histories, cultures and homelands and attempts to reduce all of our diverse cultural, religious, ethnic and racial identities to one of national identity. As such, it implicates us in the oppression of the Palestinian people and in the debasement of our own heritages, struggles for justice and alliances with our fellow human beings. We understand Israel’s historic and current policies and practices of colonialism, and the Zionist ideology and institutions propelling them, are unjust and unconscionable.”

Non-Zionist Jews are not spared the anti-Semitism smear either, which may help to explain why Zionists use the accusation of being ‘anti-Semitic’ in preference to ‘anti-Jewish’. Of course, logically, it is a self-defeating ploy.

The customary, propaganda-fed understanding of Israel is challenged in the following comment, made in an interview with International Clearing House journalist, Silvia Cattori, by Holocaust survivor, Hedy Epstein, whose parents perished at Auschwitz in 1942:

“Israel would not be able to carry out its crimes against humanity without the United States, the world, permitting it to do so and the mass media, which, with few exceptions, dehumanises Palestinians and instils fear, ignorance and loathing of them and their culture.”

Commenting on a talk by Hedy Epstein at Stanford University on 20 October 2004, Nathan Mintz, vice-president of the Stanford Israel Alliance, condemned what he called “Epstein’s rhetoric of drawing comparisons of the initial stages of the Holocaust to the current situation in Gaza and the West Bank” as “outright demonisation of Jews” representing “only one piece of what is a much larger trend of anti-Semitism on college campuses today.” As a former Israeli Minister of Education, Shulamit Aloni, says in this video interview: “Anti-semitic”, “it’s a trick, we always use it.”

Accusations of ‘anti-Semitism’ from political centres and the mainstream news media against the UK Labour Party Leader, Jeremy Corbyn, have proved astonishingly effective. With absolutely no evidence in support of the claims made against him, the ‘anti-Semitic’ slur has been elevated to appear unchallengeable. The Labour Party was even successfully pressured into adopting a ridiculous definition of anti-semitism that conflates criticism of Israel and Zionist ideology with hatred of Jews. Rejected by an appeal court judge, it was even repudiated by the lawyer who had devised it. In written evidence, US attorney Kenneth S. Stern complained that his original definition had been misused and had never been intended as a legal or regulatory device to curb academic or political free speech. The dishonesty used in employing anti-semitism smears is malicious in the extreme.

As Jonathan Cook points out, for example, regarding attacks on the Labour MP Chris Williamson, Williamson rejected claims of anti-Semitism in the Labour Party and the evidence supports him. He observed that “The party that has done more to stand up to racism is now being demonised as a racist, bigoted party. I have got to say, I think our party’s response has been partly responsible for that because in my opinion . . . we’ve backed off far too much, we have given too much ground, we’ve been too apologetic . . . We’ve done more to address the scourge of anti-Semitism than any other party.” However, The Guardian inexcusably misreported him, saying simply that he had suggested Labour was “too apologetic about anti-semitism”.

The Israel lobby’s use of the anti-Semitism slur to influence the democratic process in the UK reached another low when Jeremy Hunt, the UK Foreign Secretary who hopes to defeat Boris Johnson in the upcoming Tory leadership race, not only accused the Labour Party Leader of harbouring “deeply-held prejudices” towards Jews but also went so far as to say that he had “opened the door to anti-Semitism in a way that is truly frightening.” After praising what he called Israel’s “commitment to democratic western values”, Hunt said he “completely gets the importance of the symbolism” of moving an Embassy to Jerusalem, as America did last year.” On 8 July 2019, the print edition of the The Guardian published a letter from more than a hundred prominent members of the UK Jewish community defending Chris Williamson. Earlier in the year a letter from 200 Jewish women in the UK which The Guardian refused to publish, reminded readers that all the “signatories to this letter grew up in the shadow of the Holocaust. We know we must maintain eternal vigilance against antisemitic resurgence. But we also celebrate our Jewishness. . .”
The letter said that the signatories were terrified by the attempts “to hijack our history and rewrite our identity.”

On 11 July, the Jerusalem-born author and human rights activist, Miko Peled, published an article Go Forth and Lie, which reveals that Israel is requiring all high school students – Jewish and non-Jewish – “to pass an online government propaganda course that promotes racist ideology before they are allowed to participate in overseas class trips. Adalah – The Legal Centre for Arab Minority Rights in Israel is now taking legal action to fight this racist practice. The Centre notes that the “mandatory online course requires students to watch a series of videos after which they must take a multiple choice exam, the correct answers of which promote racist ideology.”

On 5 July, the Israeli newspaper Haaretz published a report that revealed the extent to which Israel goes to hide evidence of the Zionist expulsion of Palestinians from their land and homes in 1948. For years, Israeli Defence Ministry teams have been searching local archives and removing huge numbers of historic documents relating to the ethnic cleansing, known to Palestinians as the Nakba.

Zionism is embedded in the Orwellian world of language manipulation. There is a mainstream news media consensus shared by Western governments that creates the filter through which most people form their perception of world affairs. The chief technique is obfuscation, which consists simply of failing to report Israel’s daily violations of international humanitarian law. The Israel lobby, taking advantage of this, adds its own circumlocution and downright lies to threaten freedom of speech and silence all opposition to its racist ideology.