TVNZs Breakfast with John Campbell continues to be the best journalism on TV (the Hui and Moana Maniapoto’s new show on Māori TV aside).

This morning John was outside the WINZ office in Manurewa highlighting the horror of beneficiaries queueing from 2am to desperately try and get help from a agency that has a toxic culture towards beneficiaries.

Listening to WINZ staff push their jobs crap rather than welfare that can actually help beneficiaries was ridiculous. There is pitiful wage increases while rents soar – being threatened to get a job at burger king or else is why the poor queue from 2am. 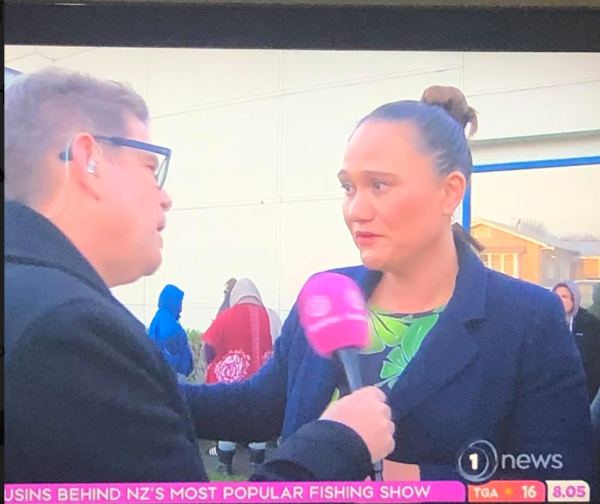 Campbell challenged the Minister for the queues and from the moment she appeared on screen she attacked AAAP.

All the Minister cares about is hiding the shame AAAP have highlighted with the WINZ queues – this Government’s ‘politics of kindness’ is as empty and vacant as Key’s optimism when he was in power. The boss changes, the toxicity remains.

From the guards on the door (put there because a beneficiary shot staff after being treated poorly by them), to the open plan seating arrangements so beneficiaries have no privacy when they beg to the appalling partner policies which are designed to catch anyone who has a relationship out as fraud to the mass surveillance powers MSD have to spy on beneficiaries to the purposely complex manner for applying for a benefit in the first place.

It takes 73 pages of information and forms to read, understand and fill out, to collect a benefit.

60% of sole parent beneficiaries owe money to WINZ because of over payments which WINZ have called ‘fraud’.

The neoliberal welfare agencies are sticks to beat the poor with, not help them, that’s why they queue for help from AAAP.

The Minister is more focused on protecting her staff than beneficiaries.