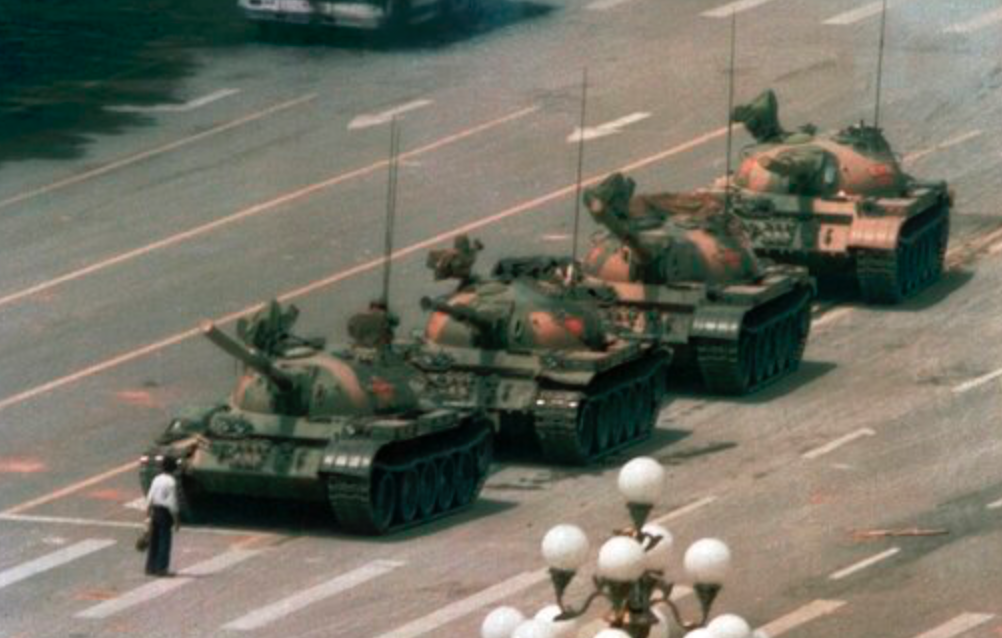 Two things struck me then and resonates still today.

The incredible bravery of tank man… 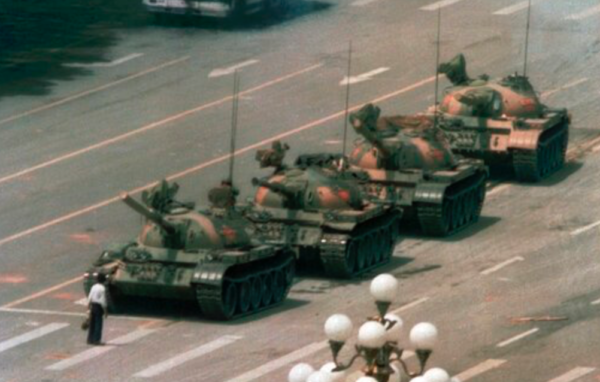 …and the shock when Chinese Officials simply told the world that nothing had happened.

They looked down the barrel of the camera and told the World that what we had all witnessed with our own eyes never happened.

I haven’t looked too favourably upon China ever since.

I’ve always thought becoming reliant on them being our largest trading partner was always a terrible blunder by Helen Clark and John Key.

Today China is trying to pass law that will remove the few protection Hong Kong citizens enjoy, in response a large chunk of Hong Kong is protesting… 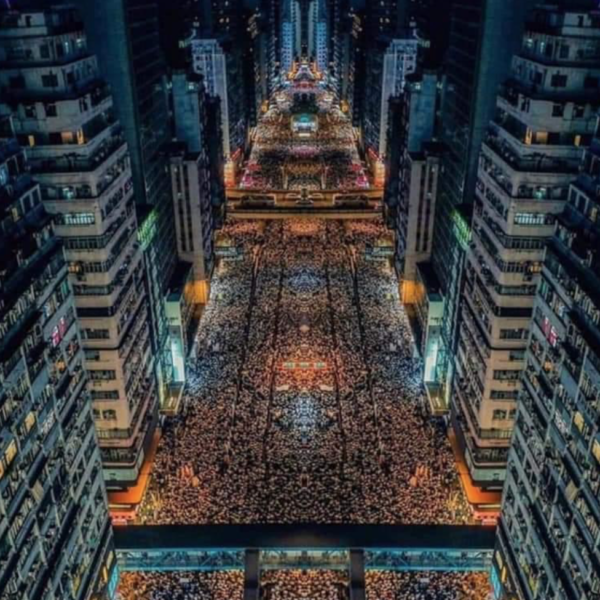 …so what does our Government have to say about the largest totalitarian regime on the planet who has Orwellian mass surveillance,  who butcher dissidents for body organ trade and who is currently enslaving one million Uighur Muslims? What do we say about China’s latest attempt to turn someone else into the next Tibet? 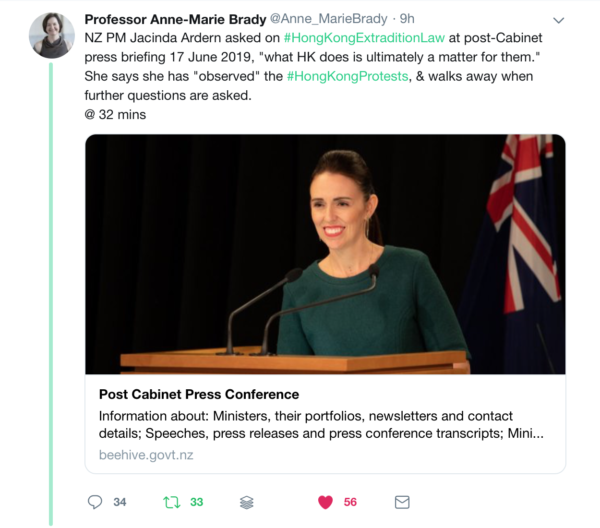 …how courageous of us.

The Chinese New Zealand Herald is in the spotlight for publishing and then retracting an article which made a number of debunked and controversial claims about the recent protests in Hong Kong.

The city has been hit by intense street protests this week over a controversial extradition law, which would allow people to be extradited from the territory and tried in mainland China, where they would be unlikely to receive a trial free from political interference.

Media sympathetic to the Chinese Communist Party (CCP) have attempted to downplay the protests, saying the controversial law is actually widely supported.

The story, which comes from the international edition of the People’s Daily, a CCP-controlled newspaper and website, claimed recent protests in the city had been stirred by “foreign anti-China forces”. It also used a much-debunked website to allege at least 860,000 people had signed a petition in support of the extradition law.

…is that behind a Great Paywall of China?

So China manipulates our media, has a spy inside the National Party and are increasingly becoming involved in taking our pure water supplies.

How brave and courageous of us.