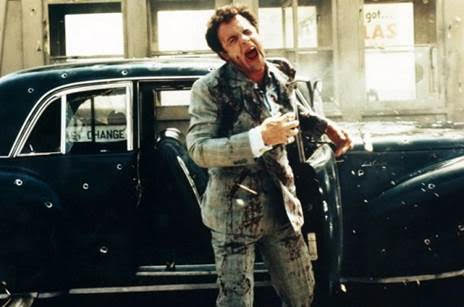 HAS SIMON BRIDGES been set up? Or, has he set himself up? Whichever explanation you prefer in relation to the Budget Leak/Hack, the conclusion is unavoidable. Bridges is simply too dumb to get out of his own way. Labour must love this guy: while he leads the National Party, Jacinda Ardern has nothing to fear. For Opposition MPs, however, the time has surely come for Bridges to be replaced by Judith Collins. The man’s political judgement is appalling. His response to bad news is to make it worse. He has to go.

What should a person preparing to be this country’s next Prime Minister do when handed Budget secrets? Well, the very first thing he should do is smell a rat. How were these secrets obtained, by whom, and to what purpose? Remember, this is not information that a secretive government intends to keep hidden. In just 72 hours, every New Zealander will have it. Unless the documents reveal some vast and egregious contravention of Westminster norms, there is no rational justification for releasing the purloined material early.

Which is not to say that the fact that Budget secrets have been leaked to the Leader of the Opposition cannot be exploited politically. A wiser Opposition leader would have scrutinised the material carefully, and, if satisfied as to its authenticity, picked up the phone and called the Prime Minister.

“Someone is leaking Budget secrets to my office, Prime Minister”, he would say. “This is a very serious breach of state security, and naturally I am not going to release any of this material to the media. What concerns me most is identifying those responsible for compromising Treasury’s security. Were New Zealanders involved? Or, should we be looking further afield? My strong recommendation to you, Prime Minister, is to go public with this information and announce an official inquiry.”

Naturally, the Opposition leader would arrange for the substance of this conversation to be conveyed to senior members of the Parliamentary Press Gallery. The Government would thus be placed under enormous political pressure, while his conduct, as Leader of the Opposition, would strike most fair-minded voters as thoroughly responsible and statesmanlike. It’s a win/win proposition. There is no downside.

All of which raises the question: Why didn’t Bridges follow this course of action? Why did he rush the leaked information to the news media? Why on earth didn’t he choose the win/win option? What did he hope to gain by releasing, early, information which the whole country would soon be privy to?

The obvious answer is: to embarrass the Government. Fair enough. It is never a good look to have what are supposed to be closely guarded state secrets leaked to the Opposition.

Except, outside the Wellington Bubble, who truly cares? Budgets ain’t what they used to be. Indeed, the convention, nowadays, is to avoid unpleasant Budget surprises. Over several weeks, the general shape, and most of the content, of the Budget is either directly, or indirectly, made known to the media. The only surprises kept from the public until Budget Day are the good surprises – the happy surprises.

Releasing those sorts of surprises early in no way diminishes their positive political impact – for the Government. So, once again: Why did Bridges do it?

The answer would appear to be: because he couldn’t do anything else. Bridges seems psychologically incapable of stepping away from himself to answer the two key questions confronting any aspiring Prime Minister: ‘How is this likely to play out?’, and, ‘What would my worst enemy advise me to do?’

The answer to the first question is: At best I will look like an Opposition Leader who believes his job is to be a wrecking-ball – and nothing else. Someone whose only interest is in smashing things up. Even important things, like the longstanding tradition of Budget secrecy. A tradition which I will expect to be honoured in the event of me ceasing to be Leader of the Opposition and becoming New Zealand’s next Prime Minister.

So, how will Bridges’ release of the leaked Budget information play out in reality? With him coming across as an irresponsible wrecker. Someone whose strategic thinking extends no further than creating the maximum amount of political chaos and then attempting to profit from it. And isn’t that exactly how his worst enemy would want him to appear? As a politician that no one in their right mind would ever want to be New Zealand’s next Prime Minister!

But wait, there’s more! All of the above is based on the assumption that the Budget secrets passed to Bridges were the fruits of a bona fide leak. To discover, from the Treasury Secretary, Gabriel Makhlouf, that the information was obtained by means of a “systematic and deliberate” hack, places Bridges in an even more invidious position.

At best, it makes him a dupe. Bridges, it will be assumed, swallowed a story about the Budget secrets’ provenance to which he and his advisers had failed to apply anything like the requisite amount of due diligence. At worst, Bridges stands to be caught up in the Police investigation which Makhlouf, acting on the advice of the GCSB, has caused to be set in motion.

A wiser politician than Bridges would have stopped what he was doing the moment Makhlouf’s revelations became public. That was the time to step back from the wrecking-ball strategy and embrace political responsibility. That Bridges opted, instead, to double-down on his original bet, by becoming an even bigger wrecking-ball, and aiming himself directly at the Finance Minister, Grant Robertson, was beyond foolish. If he fails to take Robertson out, the weight of his accusations will swing back and crush him.

Whenever I see something like this present imbroglio playing out in front of me, I am always reminded of The Godfather. Who can forget the scene where Don Corleone’s eldest son, “Sonny” is ambushed at the toll-booth? His enemies were able to assassinate him for one reason, and one reason only, because he was predictable. If they were to do “X”, then Sonny would not be able to stop himself from doing “Y”. So, the Don’s enemies persuaded Paul, the abusive husband of Sonny’s little sister, Connie, to beat her up, knowing that she would call her big brother, and that he would fly into a rage and rush off to kill his good-for-nothing brother-in-law without waiting for his bodyguards. Easy.

So, who are Simon’s enemies? And have they led him into their own, carefully prepared, equivalent of Sonny’s ambush at the toll-booth?