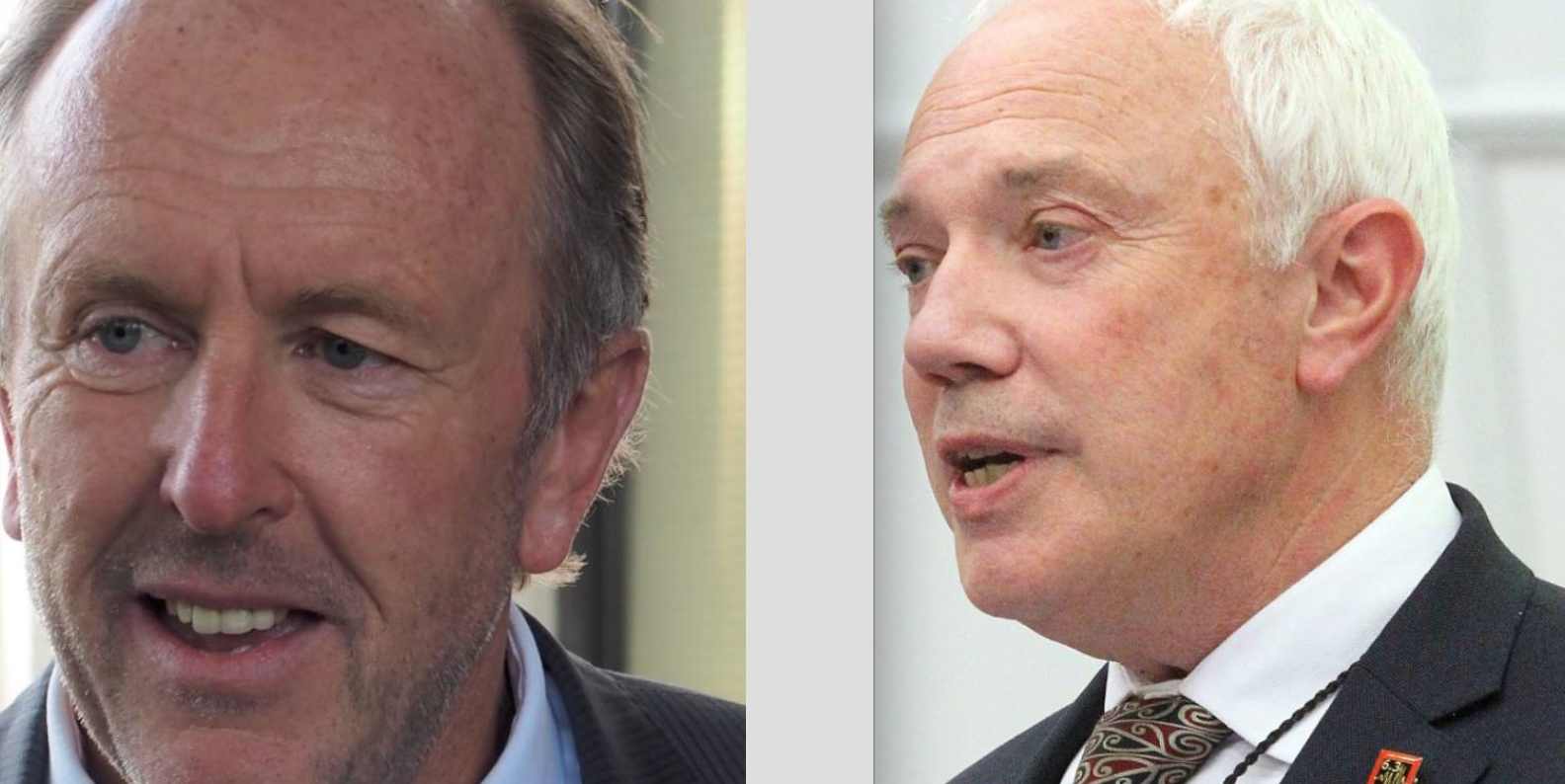 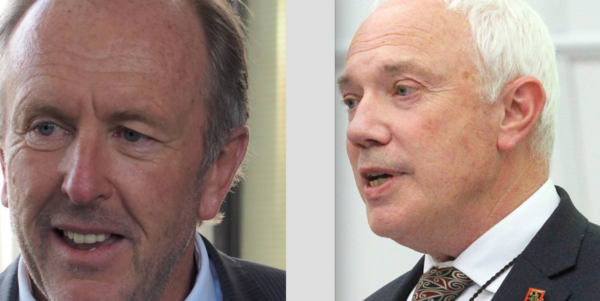 On the front page of the Christchurch Press on 4 May 2019, it was announced that the ex-Mayor Bob Parker would act as sole Director to a new company set up by ex-bankrupt, ex-tax protestor property developer Dave Henderson, to develop property in Queenstown.

For those who do not know the history of these two, that is nothing remarkable.  But the history includes what it at least an unfortunate, and possibly a corrupt, saga of events.  The latest revelations that Bob and Dave are long-term buddies puts a new slant on the extraordinary events of August 2008.

Eleven years ago, Bob Parker, then Mayor of Christchurch, called an urgent meeting of the Council on short notice about some sensitive central city properties.  Almost immediately, it was announced that the Council would purchase five properties from Dave Henderson, for the market value of around $17 million.

Recently, Henderson had developed the area known as Sol Square, in a run-down area south of Lichfield Street. The area, accessed through old brick lanes, contained a wide range of bars, eateries and nightclubs.

Henderson had a ‘wider vision’ for central city development and had acquired five key properties to achieve its goals, in Colombo, Manchester and Welles Streets.  However, Henderson had financial difficulties and somehow approached the Council to purchase these properties and hold them against future development. At the time, Bob Parker stated that the sites were “extremely desirable”.

The sale was highly controversial, filling the letter columns of the local paper.  It was not part of the city’s long-term plan, and was financed by an interest-only loan costing around $1.4 million per year to service.  It also contained a buy-back clause for Henderson allowing re-purchase of the properties at valuation plus costs.

It was almost immediately apparent that Henderson’s developments were in trouble.  By 2009, Tuam Ventures, Henderson’s company that owned Sol Square, was in receivership, owing more than $10 million to the Bank of New Zealand and South Canterbury Finance. He missed the deadline to re-purchase the first of the properties in 2010, part of the old Para Rubber site.  By November 2010, Henderson was bankrupt.

In July 2011, three years after the original purchase, and five months after the February earthquakes, the Council finally voted formally to terminate the agreement with Henderson. Some Councillors talked up the saga, with Claudia Reid noting that the properties “would be a pivotal part of the rebuild”. At the time it was noted that various offers had been made for the Sydenham Square site, but none came to fruition.

The only consolation to taxpayers was that, if the worst came to the worst, losses could be limited by selling off the properties.  But then the earthquakes intervened, destroying Sol Square and most of the existing properties on the Henderson sites.

Three years ago, I tried to find out what had happened to the properties.  Two of the sites were apparently sold to the government for the building of central city apartments.  In a secondary deal, the government then on-sold these properties to Fletcher Living for an unknown price. These transactions are shrouded in secrecy.

The Welles Street property was purchased from Henderson for $4.2 million and valued at $4.3 million at the time of sale, and was sold at an (unknown) market price. The property at 350 Colombo was purchased for just under $4 million, and showed valuation of $2.7 million, and again the sale price is unknown. Both properties are now filled with high density living spaces,

The old Para Rubber property on two sites was the most expensive purchase from Henderson at $5.2 million. The building collapsed in the 2010 earthquake and it is not known whether an insurance payout was received.  The current valuation of the land is $4.2 million, but the Council has leased the land on a long-term basis to EPIC, which assists businesses to start up and has built offices on the site. It is likely that the lease is at less than market rates, reflecting the contribution of the organisation towards business development.

Finally, 113 Manchester Street was purchased for $2.56 million and was sold to CERA in 2015 for $800,000.  There is a confidential insurance settlement on the demolished buildings but the Council will not disclose the amount.

On top of the costs, settlements and sales, the Council has also been paying interest on the loan taken out to purchase the properties.  If the amount is still on an interest-only basis, and none was repaid, then interest of $9.8 million was paid over the seven years to 2015.  Given the extent of that debt, even if the Council achieved a gross surplus on the properties, there is little doubt that overall this transaction did no favours for ratepayers.

This deal was rushed through under urgency and some secrecy in 2008.  It should be noted that it is little more transparent even now. The cost of the sale of two properties to the government was withheld on confidentiality grounds, even though the transaction was between two public agencies – a city council and a government department.  It took from 29 March until 22 June 2015 (about three times the promised 20 days) to get any response at all from the Council.

This is not good enough.  Ratepayers need to see a proper, complete, financial accounting of the Henderson saga, and of what it has cost, from first to last. There is a new Council now, a different Mayor and new policies.  I would like to see the Christchurch City Council do a public reckoning to its ratepayers of what this iniquitous and shambolic deal cost us, first and last.