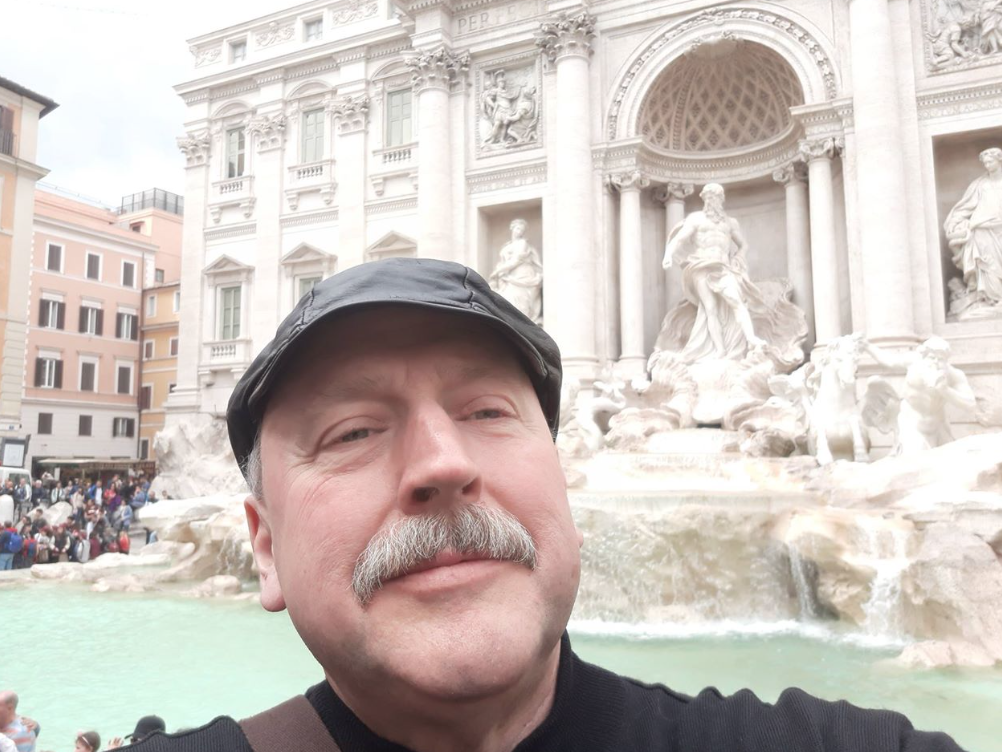 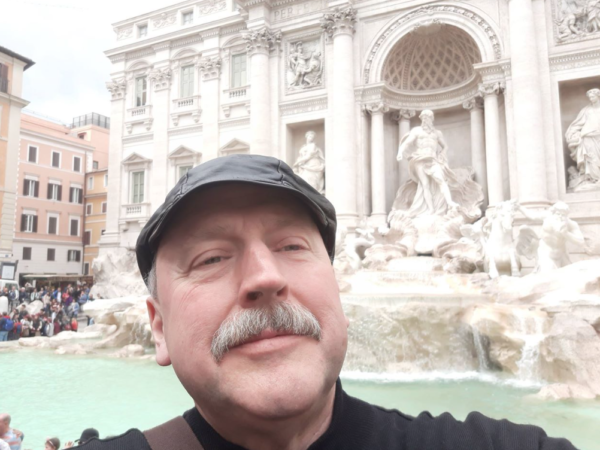 RUBBISH AND CHURCHES. Grandeur and decay. Italy is an old place – and it shows. Rome, a world city, is full of skips and wheelie-bins overflowing with uncollected trash. Romans pass by these eyesores without so much as a second glance. It’s not desirable, they seem to say, but it’s the best we can do. Refuse collection, like so much else in Italy, is a racket. Somebody is making a lot of money out of Rome’s rubbish – but far too few people are being paid to collect it. And so, as is customary in the Eternal City, things pile up.

Ah, but what piles these are! Such extraordinary arrangements of stone. From the Coliseum to St Peter’s Basilica, the eye is drawn inwards and upwards, as their creators no doubt intended. We are meant to be impressed – and we are.

It is easy to understand how the Anglo-Saxons, upon encountering the infrastructure and architecture of the Roman Empire in Britain, explained it away as the work of giants. Technologically sophisticated though we are, the notion of replicating any of these monuments – especially in the original materials – is daunting. How did they do it, we ask ourselves, when the energy required to build them came not from coal and oil, but from the muscles of animals – including those of human-beings?

Walking down the Via Trionfale, towards the Vatican City, one encounters an imposing structure whose builders clearly intended to impress. Above the main entrance way, are inscribed two pieces of information. The first is the year of construction, 1930. The second is more obscure to the modern eye: EF VIII. The historian, however, is not baffled. EF stands for “Era Fascista”. The Roman numeral, VIII, indicates that the building was constructed eight years after Mussolini’s coming to power in 1922. Or, in the eighth year of the fascist era.

Mussolini saw himself as a modern incarnation of the Roman Caesars (who also measured time in terms of their tenure at the top). This was not, as many students of Italian fascism assert, backward looking – at least, not in the usual sense. What Mussolini wanted to re-create was an Italy as thrusting and successful as the Italy united by the Senate and People of Rome (SPQR).

What he saw all about him was the evidence of modern failure among ancient splendor. The reunification of Italy in the mid-nineteenth century had not catapulted Italy into the ranks of the mightiest European powers – as had been hoped. Too many conquerors had come and gone. Too many taxes had been repatriated to the treasuries of foreign kings and emperors. Too much of the wealth that could have improved Italy had been poured into the purses of popes and cardinals: visible only inside the walls of churches, cathedrals and basilicas; where it fed the souls of the faithful, but not their bodies, or, Heaven forfend! – their minds.

Fascism has always represented modernism in jackboots. It is impatient of democratic restraints: seeing them only as impediments to the national greatness that only a singular individual, backed by the enthusiasm of the masses, can bestow. Significantly, there is nothing antique or traditional about the greatness fascists dedicate themselves to achieving. They want their new society to be cutting-edge and ruthlessly efficient. A place where the trains run on time – and the rubbish is collected regularly and without fuss.

That building on the Via Trionfale, however, doesn’t quite live up to the hopes of its creators. Yes, it is a modern building, constructed in the art deco style then popular, but cheaply. Did some fascist functionary cream off a little of the funding for his personal use? Were the materials of inferior quality? All that is clear is that 90 years after its construction, this fascist edifice looks nothing like as impressive as the buildings constructed to the glory of popes and emperors 500 – or 2,000 – years ago.

In the end, not even Mussolini could root-out the ingrained corruption of Italian life – where one hand has washed another for two millennia. Although, to be fair, he is the only Italian leader to suppress the Mafia and its kindred criminal organisations. A case, perhaps, of it takes a gangster to crush a gangster?

Could the socialists and communists have done any better? Italy never really got to find out. Mussolini, himself, was installed to put an end to proletarian insubordination in the northern factories and outright peasant rebellion on the estates of the great landowners of the south. Victory for the Allies in World War II didn’t really change things in this regard. Ripe for communist victory at the ballot box, Italy found itself reined-in by a USA unwilling to see the Soviets acquire a democratically elected communist government in Western Europe. Washington was convinced that if Italy fell to the Reds, then France could not be far behind.

But, a political settlement predicated on the assumption that only one side – the Right – would ever be permitted to actually rule Italy has, inevitably, corrupted to a debilitating degree its officially democratic institutions. Moreover, if you lose, even when you win, what is the point of investing anything of yourself that really matters in the processes of politics?

Not even the concentrated efforts of the Italian magistracy to “clean the hands” of their political class could defeat the entrenched forces of a corrupt status-quo. Indeed, all it revealed was how far the rottenness had penetrated Italian politics and society. The tragic outcome of the “clean hands” campaign was not a new and shining political establishment, but Silvio Berlusconi’s “Forza Italia”. A corrupt Italy for corrupt Italians! Bunga, bunga!

And so, the streets of Rome remain festooned with trash, while the tourist barbarians gawp at Italy’s crumbling glories. Its government – a coalition composed of the wannabe fascisti of La Liga and the starry-eyed acolytes of Pepe Grillo, a former comedian and blogger – is rapidly succumbing, like all those that have come before it in the post-war era, to the in-built inertia and intransigence of the Italian political system.

The people of Rome, who once stood, dazzled, by the flashing legions of Emperors who ruled over a unified economic and political system larger than the European Union, just shrug their shoulders: walking past the rubbish in high office with the same untroubled demeanor as they walk past the rubbish in the streets.