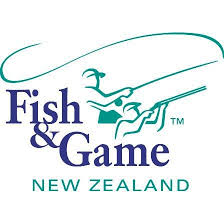 Fish and Game welcomed the report on New Zealand’s Environment today and believe it is a performance review on regional councils and how they have completely failed to protect the environment.

“Regional Councils under the RMA have a legal obligation to protect the environment for future generations and this report shows they have failed to do that”, said Fish and Game NZ CEO Martin Taylor.

The report confirms water quality is poor and getting worse in most parts of the country. For example, despite New Zealand having over 3820 lakes over 1 hectare which should be monitored for phytoplankton only 63 were, and of those 35% were worse than the regulatory bottom-line.

“Some of the worst water quality issues can be found in Manawatu-Wanganui, Canterbury, Otago and Southland, where all of these regional councils have promoted and protected agricultural interests over the environment for decades,” said Mr Taylor.

At a basic level the report confirms that if you have too much irrigation, too much fertiliser and too many cows, you destroy water quality in rivers, lakes and ground water.

This report also shows why the Government has a mandate to stop further decline in water quality by regulating environmentally unsustainable agricultural practices.

“We are looking forward to the Government delivering on their Essential Freshwater program aimed at stopping further degradation in water quality and to reverse past damage,” said Mr Taylor.

It is also clear that the public support moves to address New Zealand’s water quality issue with 82 percent of them saying they are extremely or very concerned about water quality according to a nation-wide Colmar-Brunton poll in December 2018.

1. Between 2008-2017, 55% of monitored sites had worsening nitrate-nitrogen levels and 25% worsening dissolved reactive phosphorus. (From Stats NZ and Report)

3. Failure to address erosion is costing $250-300 million per year in reduced soil productivity.

4. Despite the large erosion problem, there is little actual monitoring of the erosion, just models.

5. Most of Canterbury, parts of Waikato and Southland have nitrate-nitrogen levels in excess of that required for ecosystem health.

7. Over 5 billion cubic metres of water is consented for irrigation each year. Dairy farming accounts for 59% of agricultural water takes.