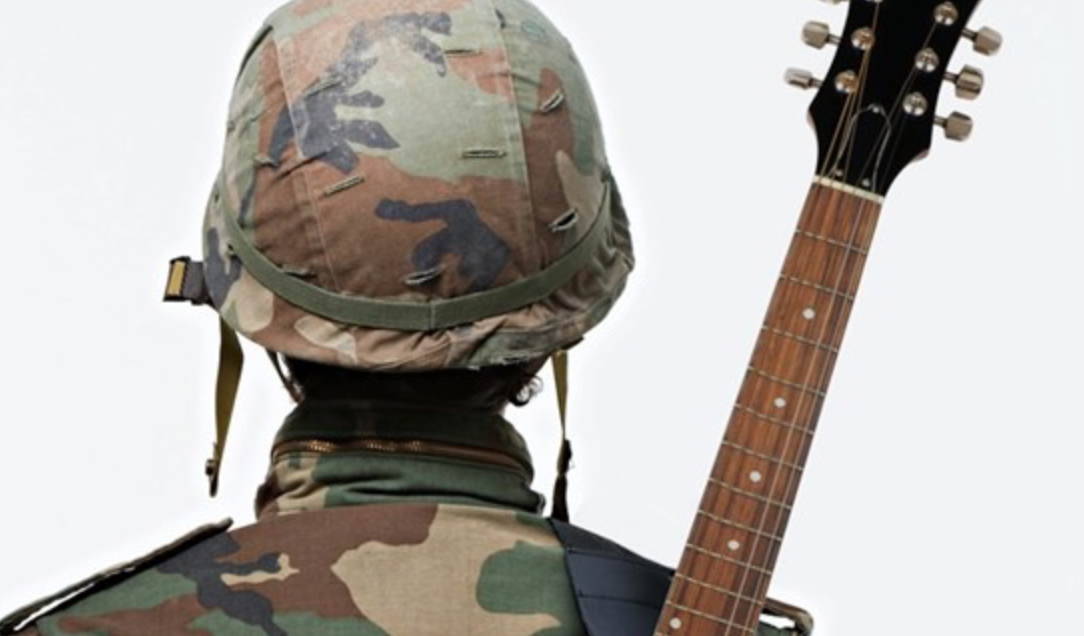 The new movie ‘Soldiers without Guns’ does a fabulous job of telling the story of New Zealand’s ground-breaking unarmed Truce Monitoring Group 1997-1998.  No guns can be a safer and more effective option than the alternative. The movie is a fitting tribute to the courage and the sensitivity of the soldiers who broke down barriers through the medium of indigenous cultural exchanges.

It was great to see footage from the July 1997 peace talks held at Burnham military camp, when the New Zealand Defence Force brought over more than 70 Bougainville leaders from opposing factions, including many women.  The process took place under the shelter of Maori tikanga and women set the precedent for their men by openly reconciling with their sisters.

I have a strong interest in this story from my involvement in the 1990s with the Bougainville solidarity movement.  Sadly a similar story of Melanesian resistance to outside control plays out in nearby West Papua. If I could figure out what got my government to step off the fence and take an initiative to help resolve the crisis in Bougainville, maybe it would help me know what to do to get our political leaders to take a stand for  Indonesian-controlled West Papua.

The movie traces the history of Australian colonial control and its legacy ‘gift’:  the giant Panguna copper mine operated by Bougainville Copper Limited, a subsidiary of the Australian  Conzinc Rio Tinto. It devastated the landscape, poisoned the waterways and displaced the tribal owners of the land while PNG drew 17% of its revenue from mine  taxes and dividends. Bougainville landowners mounted a successful sabotage campaign against the mine forcing it to close in 1989. A struggle for freedom from PNG rule under the leadership of the Bougainville Revolutionary Army (BRA) followed.   Papua New Guinea’s military offensives finessed a divide and rule strategy that exploited differences between communities in the north and the rest of the territory.

In 1990 Australian citizens were evacuated and PNG proceeded to close down all services, banks, health facilities and schools.  A tight blockade was imposed and later when fighting engulfed the capital Arawa, the main hospital was burnt down. Malaria, childbirth complications and lack of vaccines took their deadly toll.   Thousands of people were herded into ‘care centres’ or detention camps. Education ground to a stand-still. Estimates of the death toll from the decade of conflict are around 15,000 – approximately 10% of the population.

Activist Marilyn Havini said it was almost impossible to remain neutral during the war: ‘Guerrilla warfare establishes separate groups that can coalesce or split up according to ever-changing circumstances; they can change sides almost overnight.  Families found themselves in need and had to choose sides just to survive…’

Missing from the movie is an account of the years when our Government was reluctant to rock the boat.  True, New Zealand assisted with logistics for some of the earlier failed attempts at peace processes, but maintained the position that it was ‘willing to help’ with mediation but only if asked. New Zealand Government Ministers saw the problems as an ‘internal matter for the Papua New Guinea Government to resolve.’  New Zealand did not challenge Papua New Guinea’s assurances that its aid supplies were being widely distributed when the evidence showed that aid was being withheld from areas not under their control. An Auckland nun, Sister Mary Kenny, was more savvy, devoting her energies to an international ‘aid smuggling’ network collecting goods and medicines that were smuggled through the blockade from the Solomon Islands.

The film points out that New Zealand was acceptable as a peacemaker because unlike Australia it was seen as ‘neutral’.  Australia has major economic interests in Papua New Guinea and in the mid-1990s continued to supply large amounts of military and economic aid to PNG.  The bullets that killed Bougainville people were made in Australia. Moses Havini, Bougainville’s international representative during the conflict once described the war in Bougainville as ‘Australia’s proxy war’.

New Zealand was not really a ‘clean skin’.  New Zealand mercenary pilots flew with Australians in PNG Iroquois helicopters on strafing missions. These helicopters were essential to PNG’s conduct of the war.  Shockingly, the helicopters were also used to drop BRA suspects into the sea, and to conduct raids on suspected militants within the Solomon Islands. New Zealand’s pilots came in for official criticism but there was never any formal investigation of their potential involvement in war crimes. PNG officers continued to come to New Zealand to take part in training courses and exchange visits and in 1994 at the time of a visit from PNG Prime Minister Paias Wingti a ‘Status of Forces Agreement’ was concluded.

There was, however, some behind the scenes work going on,  as I found out much later when I talked with former diplomat John Hayes. He was New Zealand’s High Commissioner in Papua New Guinea in the early 1990s and found ways to visit the island and to   develop his relationships with key players on both sides of the conflict. By 1997 he had returned to Wellington where his friendly relationships with PNG politicians stood him in good stead. Foreign Minister Don McKinnon also made unpublicized visits to the island in the mid 1990s and both were personally involved in the covert negotiations with Bougainville leaders and other key players that preceded the 1997 Burnham talks.

When  his helicopter was fired on during a planned visit to revolutionary leader Francis Ona, Hayes  played the incident down lest it disrupt the work of getting maximum cooperation from all sides.

Fortunately for the people of Bougainville, there were many ‘doves’ within PNG civil society and government circles.   These parliamentarians, Church leaders, and officials were behind many earlier negotiation endeavours.  Ironically, however, it was hawkish PNG Prime Minister Sir Julius Chan who gave peace its best chance. He sought to enlist the support of a notorious firm of mercenaries Sandline International, to ‘render the BRA militarily ineffective and repossess the Panguna Mine.’

In March 1997 Chan’s secretive actions led to a constitutional crisis when  the Commander of the Defence Forces took it upon himself to terminate the Sandline contract.  Demonstrators condemned the mercenary decision and called for peace. Sir Julius was voted out of office not long after, and peace negotiations moved ahead.

West Papua and Bougainville:  two self-determination struggles with many parallels, right down to the presence in each territory of a giant mine. (West Papua’s is the Freeport McMoran gold and copper monstrostity).  But when it comes to peace mediation the parallels stop. What would encourage New Zealand engagement?

I come back to the fact that Don McKinnon and John Hayes went to Bougainville on several occasions and were deeply moved by what they witnessed.  McKinnon wrote of seeing ‘ the vacant stares on people’s faces’ and ‘a generation of young people who had received no education of any kind, except on how to clean M16s and how to shelter from mortar shells…’    The problem is that West Papua is under a form of blockade – one that excludes most media , as well as human rights and many humanitarian NGOs. It is not easy for politicians to visit and to my knowledge no New Zealand politician has since my brother, Keith Locke, then a Green M.P. visited in 2005.

Indonesia rebuffs all proposals for official fact-finding missions so it won’t be a cake walk.  However, Soldiers without guns shows us that where there is a will there is a way.  I am hopeful, I have to be, West Papuan mothers and babies are dying because of ongoing military operations.

Maire Leadbeater is a human rights activist and writer.