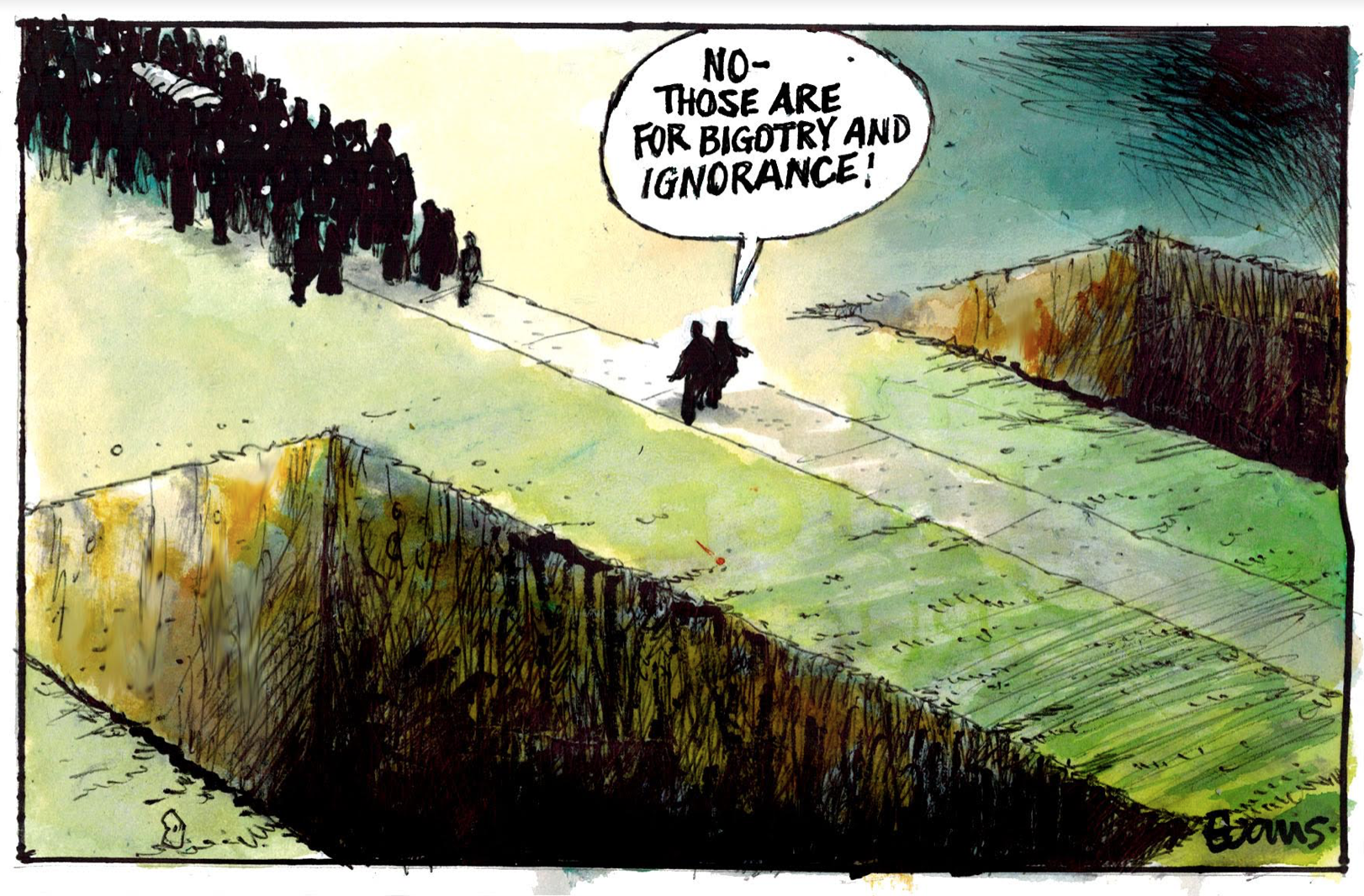 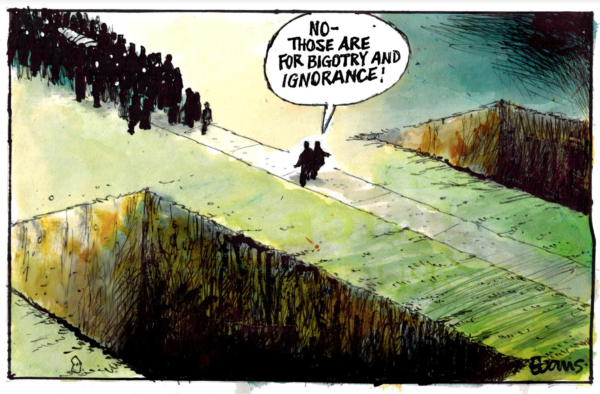 As the numbness dissolves, as the recoil shock to ourselves and our national identity slows in its reverberations, we are left with an enormous amount of damage to heal, new steps forward to take and real questions that demand answering.

Let us be utterly clear in this, New Zealand is being tested.

To date, the incredible leadership by Jacinda has helped New Zealanders navigate the spectrum of emotions while showing every leader on the planet how to respond with courage. Wearing the head scarf, responding with compassion and immediately banning machine guns has shown us all how lucky we are to have her as Prime Minister right now.

But that was week one, and an event like this tears deeply into the fabric of our society and what happens next is as important as the first weeks response.

The need to connect micro aggression with macro violence by some of the woke is admirable but has the ability to sour the solidarity NZ is currently building upon. Banning Jordan Peterson while allowing Mein Kampf to be sold at Whitcoulls would be funny if it weren’t so tragic. We must refrain from painting every right wing opinion we disagree with as a violent white supremacist through the slippery slope argument. This violent horror didn’t occur because of domestic bigotry, this supremacists manifesto clearly shows someone who was influenced by hard core international online ideological hate mixed with a terrible toxic masculinity.

Attempting to connect the violence on Friday with right wing opinions, the defence of free speech or concerns about immigration and conflate that with all white people as racist murderers is a sure fire way of eroding the solidarity in sorrow that has bound many.

The vast, vast majority of NZers found what happened on Friday as a disgraceful act of despicable hate, we need to find common ground between us instead of blaming each other if we want to build from this moment.

This is what TDB said about white supremacists in 2015, Muslim leaders called on Government to take their concerns of escalating violence seriously, while a former soldier and a hunter specifically warned Police about the kind of talk at Tarrant’s shooting club.

Yet who did the intelligence services see as the enemy? This year we found out state agencies had spied on MANA, the Greens, Greenpeace, Māori Iwi protesting oil companies, left wing journalists, earthquake survivors and social justice activists and that the SIS hadn’t even listed white supremacists as a threat for the last decade!

This despite the GCSB and SIS gaining vast mass surveillance tools and huge increases in budget, a combined total of $230m last year alone.

If people want to blame someone other than the mutation who caused this violence, this astounding intelligence failure should be the first port of call.

It would be an obscenity if the response to this atrocity was more mass surveillance powers.

The Police, SIS & GCSB have the tools to monitor threats, they just didn’t see white supremacy as a threat.

While I think attempting to connect the violence in Christchurch with garden variety domestic bigotry lacks credibility from the point of view of Tarrant’s own manifesto and its obvious international strain of white supremacy, that doesn’t mean we don’t need to address racism in NZ. As part of the healing process required from this atrocity, NZ must take a long hard reflective look at our own behaviour in contributing to a climate of fear and pain towards everyone in the NZ whanau.

The importance of a fair trial:

When the Nuremberg trials occurred, it was essential to those prosecuting that the trial not only found the Nazi’s guilty, but proved them wrong for history and progressive humanity’s sake – that Brenton Tarrant intends to defend himself shouldn’t surprise anyone, people with this level of psychopathic murderous intent tend to be narcissists,  but we shouldn’t fear him using the trail as a platform, we should relish it as the opportunity to not only find him guilty of a heinous atrocity, but to undeniably crush his justifications and arguments.

Wanting to censor the trial or hide his words is a natural response but we are being tested globally and our justice system is strong and our values deeper than his sophistry of hate. We have nothing to fear standing in the light and dragging him into it. In fact, it’s our obligation to do so.

The terrorist must be shown the mercy of our justice. While he would seek to destroy and damage so many, we will give him rights, legal protections and safety for the remainder of his life in prison because we are better than his hatefulness.

The limitations of Identity Politics:

The worst mutation of identity politics is when white men from lower socio-economic levels start seeing themselves as the victims.  In a political and cultural environment dominated by identity politics, white supremacy is the worst outcome. If we are to inoculate ourselves from this ideological virus we need to stop identifying directly with our skin colour, genitals, sexual orientation, gender orientation, religion and ethnicity. We need universal values we all agree to, an identity as New Zealanders that we can all feel ownership of, because it is those universal values that will hold us together when division seeks to rip us apart.

The safety of the Prime Minister:

The leadership Jacinda has shown has reverberated globally and horrifically that makes her a target for both white supremacists and radical Islamists. Her safety and the safety of her family MUST be the first priority of our security agencies right now and whatever current safety precautions need to be doubled or tripled.