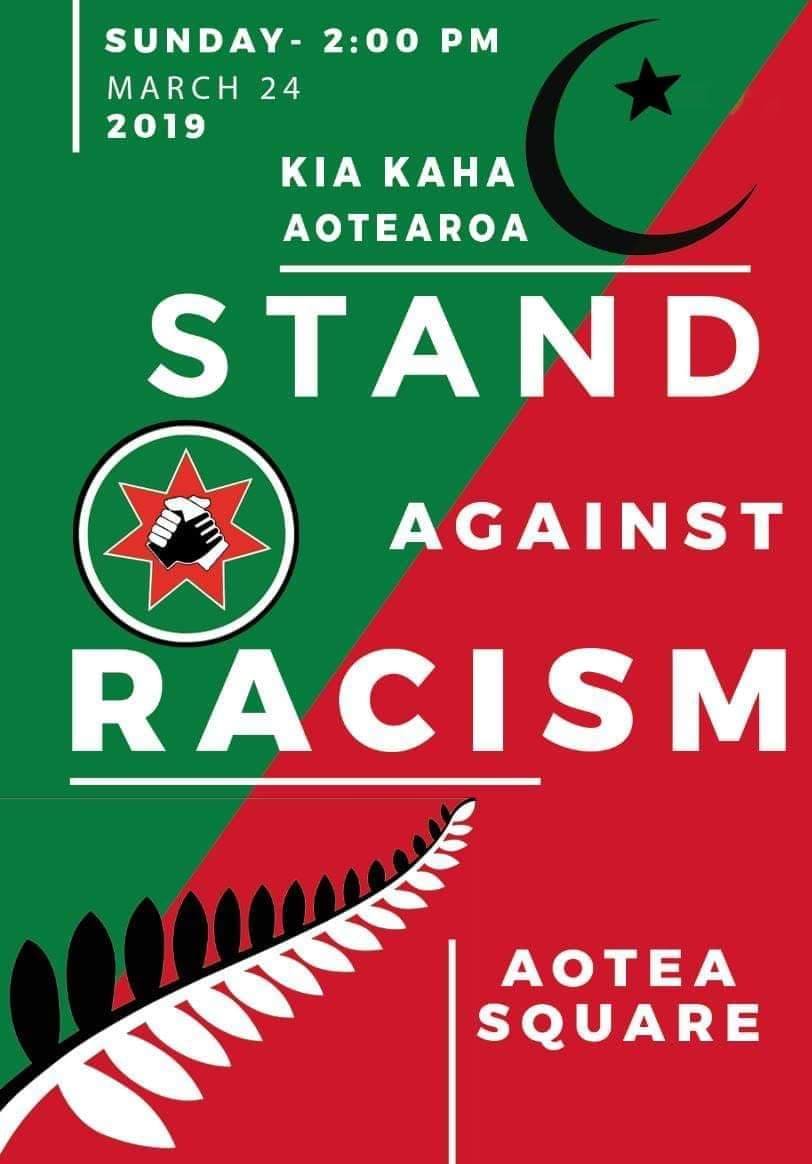 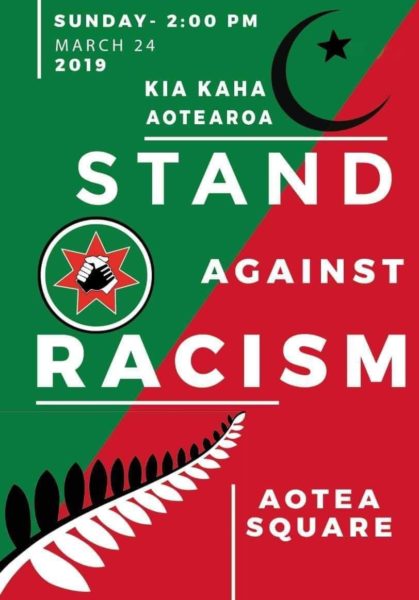 Love Aotearoa Hate Racism (LAHR) is anticipating an unprecedented turnout at our rally against Islamophobia and racism at Auckland’s Aotea Square this Sunday, March 24, at 2pm.
Organisers expect thousands to gather in a passionate and defiant display of unity following last Friday’s massacre at two mosques in Christchurch. During a week of immense sorrow, with the families of the Muslim victims preparing to bury their loved ones, LAHR organisers and volunteers have been hard at work to ensure this is one of the biggest protest Aotearoa/NZ has ever seen. There will be an extensive list of speakers, to be announced shortly.
LAHR believes that, while the shooting at the mosques was the deed of one gunman, the attack is at least in part the tragic consequence of Aotearoa’s failure to address racism within its midst. In contrast to the picture of ‘a peaceful, harmonious, tolerant’ society painted over the past week,
Aotearoa for too long has seen the scapegoating of migrants and refugees, with mainstream politicians blaming immigration for our housing and economic crisis. This has given confidence to fascist elements here and overseas, culminating in last week’s tragic and harrowing outcome.
“Deputy Prime Minister Winston Peters is himself guilty of perpetuating the myth that mosques conceal a fundamentalist underbelly which poses a threat to Aotearoa. We utterly reject and condemn this anti-Muslim rhetoric,” says Joe Carolan, LAHR founding member.
Love Aotearoa Hate Racism is a coalition of unions, community, and migrant groups, which was formed last July in response to attempts by the far right to peddle their Islamophobic, anti-migrant, anti-refugee politics on New Zealand soil. In Aotea Square on July 14, a protest in support of British Nazi Tommy Robinson, with anti-Islamic placards and literature, signalled the need for a united front organisation to combat their divisive and dangerous propaganda. This was followed by LAHR organising protests in August against far-right speakers Stefan Molyneux and Lauren Southern speaking in our diverse biggest city, Auckland.
The outpouring of love and solidarity all over Aotearoa is something we can all take pride in. However, LAHR believes we need to act now, not just to prevent further atrocities against our Muslim brothers and sisters, but to tackle all forms of racism on our streets and in our workplaces; to bring a halt to the exploitation of migrant workers which sees them paid, in the instance of one Bottle-o franchise, as little as $7 an hour; and to tackle the racism in our midst which gives oxygen to the far right.
We believe that the only way to do this is through a united front organisation of trade unions, community and religious organisations, alongside tangata whenua.
LAHR is appealing for volunteers to help with the many tasks required to ensure the success of Sunday’s gathering. To help please contact:
Facebook: https://facebook.com/loveaotearoahr
Website: lahr.nz