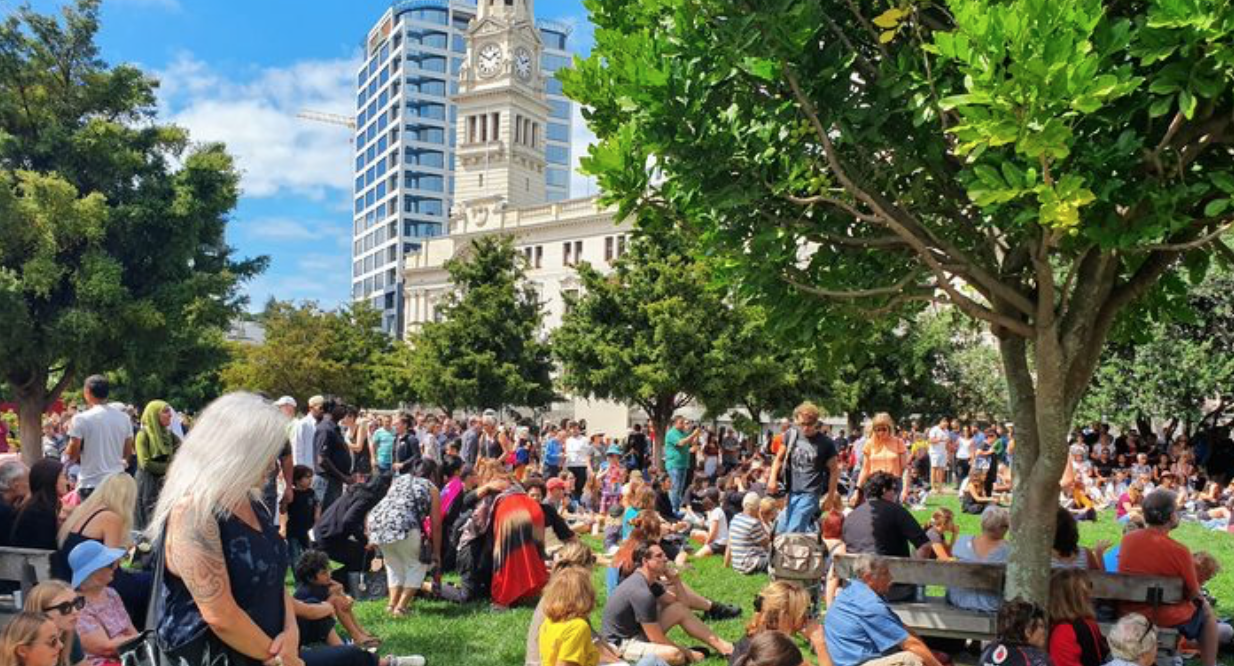 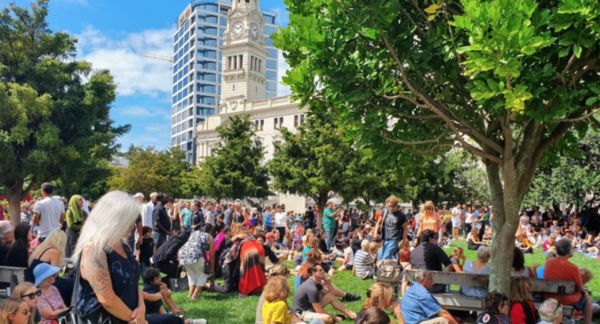 It was heartwarming to be part of such a big and diverse crowd in Auckland’s Aotea Square yesterday standing in solidarity with the Islamic community after the terrible massacre in Christchurch. There were many passionate speeches highlighting the need to come together to fight racism and Islamophobia.

Many New Zealanders have picked up Jacinda Ardern’s theme “this is not us” but unfortunately this message is only partly true. Islamophobia is deeply embedded in our society. Former Race Relations commissioner Susan Devoy says that “every single Muslim woman I know has faced racist abuse of some kind right here in our towns, on Facebook, in the media.”

In order to deal with this we have to understand where New Zealand’s Islamophobia comes from, and what sustains it. It goes a long way back. Settlers in colonial New Zealand were deeply Islamophobic and white supremacist. Our white settlers saw themselves as superior to the “dark” people in the Muslim world and they treated Christianity as the only true religion. New Zealand supported Britain’s wars in the Middle East and south Asia in the 19th and 20th centuries. These wars continue up until today, but with Britain now playing a subordinate role to the United States.

The white supremacist and Islamophobic message presented today is that Islam is a violent religion, or at least has the capacity to take a violent form, and this has to be combated by the intervention of Western powers. This is the excuse given for Western military action in several Islamic nations including Libya, Somalia, the Yemen, Iraq, and Afghanistan. Of course, there have been violent and extreme political currents in some of these Islamic countries, often generating a public flowing from their opposition to corrupt (Western-backed) governments, or their opposition to foreign military intervention. Now we are in a vicious circle of foreign intervention begetting jihadism, and jihadism begetting foreign intervention, and so it goes on. And that has set off another vicious circle with the Islamophobia in Western nations upsetting the local Muslim community, motivating a few extreme elements to commit violent acts, which results in more Islamophobia, and so it goes around.

Whether consciously or not, successive New Zealand governments have helped foster this modern Islamophobia by participating in the American-led wars in Iraq and Afghanistan and not speaking out against Western military action in places like the Yemen, Libya and Somalia. The Western propaganda around those wars has fostered prejudice towards Muslims living in New Zealand.

If we really want to combat Islamophobia and white nationalism we should withdraw our remaining soldiers from Iraq and Afghanistan and not participate further in America’s wars in Islamic countries.

We should also withdraw from the Five Eyes, and intelligence network based on the white supremacist premise that five “anglo” nations (the US, the UK, Canada, Australia and New Zealand) have the right to spy on every other nation. The Five Eyes operates mainly in the interests of Donald Trump’s America helping him, for example, to implement his Islamophobic ban on the citizens of several Islamic nations entering the United States. It should be noted that the killer in Christchurch, Brenton Tarrant, called Trump “a symbol of renewed white identity” in his manifesto justifying the massacre.

Given the Islamophobic ethos of Western intelligence agencies, led by the United States, we should be against strengthening our anti-terrorist laws or allowing more intrusive state surveillance. Such an approach won’t help the Muslim community.

The reality is that the longstanding Crimes Act, which has been used to charge the current offender, covers all cases of murder, kidnapping, bombing and membership of a criminal group. Separate anti-terrorism legislation is clearly unnecessary. The only (failed) attempt to use the existing Terrorism Suppression Act has been against local dissenters, in the Operation 8 case.

One takeaway from the Christchurch massacre seems to be that a violent act by a “lone wolf” is very hard to detect. Rather than move towards a surveillance society, our resources would be better devoted to promoting community tolerance and the understanding of diverse cultures. Reducing the prevalence of Islamophobia in our society is the best path to take.