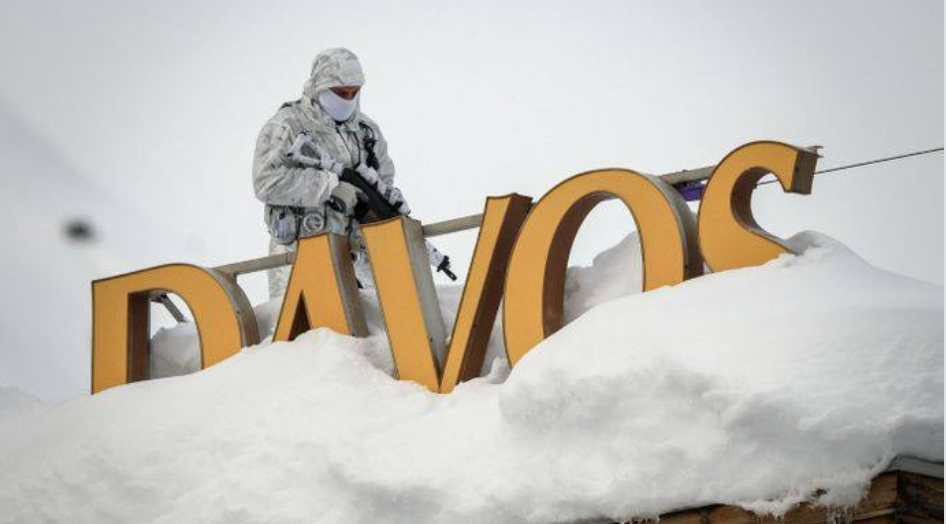 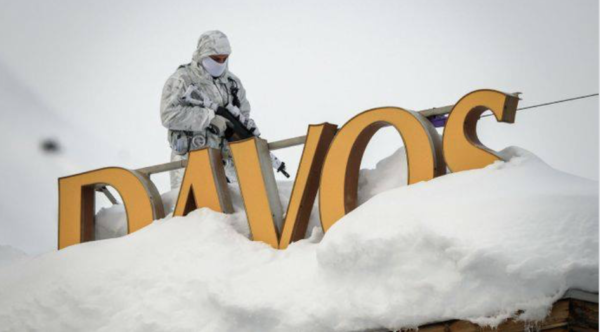 The idea that when world leaders meet in the Swiss mountain resort of Davos to discuss economic issues that the assembled politicians are somehow in charge of the global economy is a delusion.

What you see in the group photos at such events are the players who appear to control the game . What you do NOT see is the management – the coaches and financial backers who REALLY determine how the game will be played.

On the stage at such events the rich talk publicly about doing more to save the planet -having flown in and out of the resort in their 1500 or so private jets and thereby exacerbating the global warming problem. Hypocrisy, you understand , is a key component in creating the illusion of goodness.

Meanwhile in the back rooms the real reason for Davos is happening because it’s here that Big Money money is making sure governments don’t get in the way of them making their profits.

Now, I know this is beginning to sound like some sort of conspiracy theory where a few global Robber Barons are pulling the economic strings of the world.

I wish it was.

However I have recently be talking with some of the world’s leading economic and sociological academics who have been investigating who really runs our planet and its frightening how so few control so much of our lives.

One researcher is American Prof Peter Phillips and I will be interviewing him soon aboiut his latest book – GIANTS -THE GLOBAL POWER ELITE in which he reveals the 389 most powerful players in world capitalism.

The interview will form part of my upcoming documentary about the free market and free trade .

Why? Because the word “free” in this context is also a delusion . There is nothing ‘free” about these twin ideologies – they are both about money. More accurately they are about how Big Money – the global money elite – can make more money out of their money through usury.

We need to find fairer ways to trade, but until we overthrow neoliberalism and the economics of selfishness we will not be able to do that or solve the major issues of global warming and inequality.

Of course it’s talk of the need for such a financial revolution that terrifies Big Money most, because the few who currently control the lives of the many, through their financial wheeling and dealing, have a vested interest in keeping things the way they are.

They do not want their money- making activities reined in by government regulations because while that would be good for the many, it would reduce their profits, their power qnd their influence.