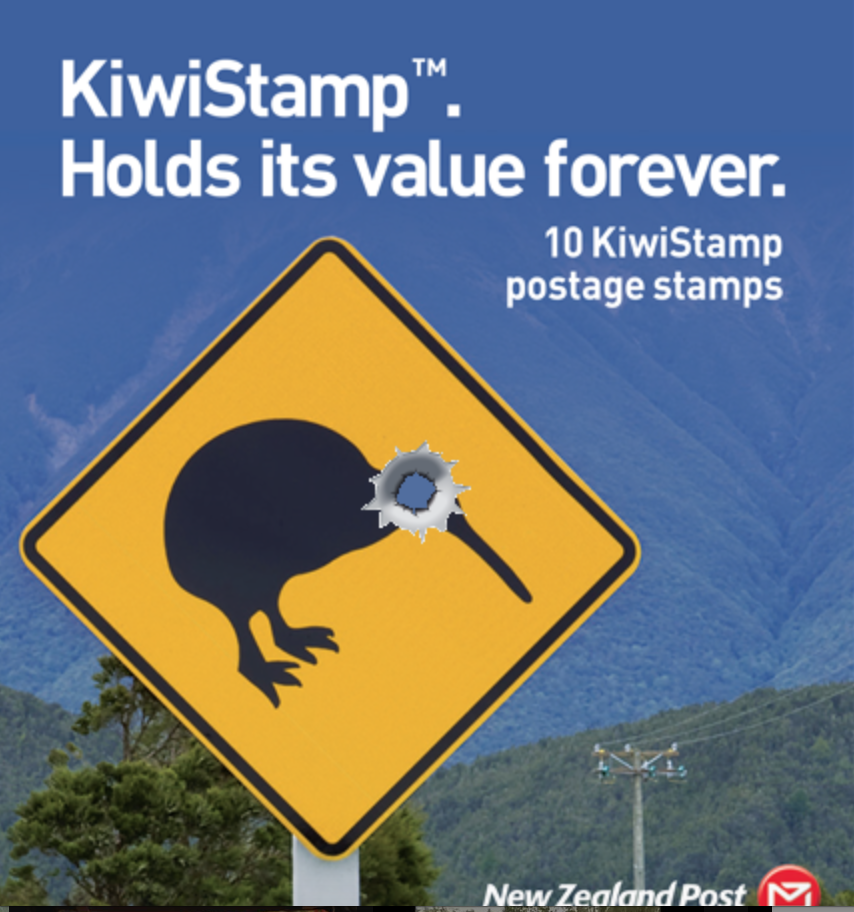 As reported in early 2017, Kiwibank and NZ Post continue to split their business, moving their retail postal and banking services into separate facilities. According to an un-named NZ Post spokesperson;

“NZ Post and Kiwibank are two independently run businesses, which currently share premises in some areas. With the longer-term strategies of the two organisations heading in different directions, it is now an appropriate time to review co-location.”

Even as NZ Post and Kiwibank were “un-co-locating”, the spokesperson also said,

“We are committed to providing postal services across New Zealand. What we are increasingly doing across our network is looking for local businesses to partner with to help us deliver postal services.”

For some reason, partnering with retail outlets was a better prospect for NZ Post than with an established bank. It is unclear why partnering with a pharmacy or video store is preferable to a bank – especially a major New Zealand-owned institution such as Kiwibank.

“In terms of the new outlet, we certainly provide a lot of training to our new partners and then on-going support for them. It’s not just about providing stamps – it’s about providing all the services that are currently provided.”

This is not true.

Splitting Kiwibank and NZ Post was recently carried out in Wellington’s eastern suburb, Kilbirnie and CBD location in  Lambton Quay.

In the former, NZ Post has vacated it’s co-located building with Kiwibank in Bay Road, Kilbirnie, and franchised it’s operation to “Paper Plus” – situated immediately next door to the now-stand-alone Kiwibank operation;

When this blogger went to re-register his car at the Kilbirnie NZ Post/Paper Plus agency, the response was that they no longer offered that service. I was advised to travel to the nearest provider for vehicle re-registrations at VTNZ. This was in Adelaide Rd, Newtown;

The distance was several kilometres away.

Vehicle registration is a significant responsibility for most New Zealanders. With 4,154,891 vehicles registered in New Zealand  by 2017, reducing NZ Post’s service in this area would be a major inconvenience for many people. To compound the problem, the policy of offering the registration service does not appear to be standardised throughout NZ Post outlets.

A phone call to another agency in Upper Hutt (approximately 30km north of Wellington) confirmed that the Upper Hutt NZ Post in that town will register cars.

Curiously, Upper Hutt NZ Post is also franchised to Paper Plus – the same retail-chain in Kilbirnie that refused to offer car registration.

So much for NZ Post assuring the public that it would not be “closing or downgrading” services to any areas. Provision of services now appear to be  haphazard.

Ironically, a Kiwibank-branded ATM remains situated within the NZ Post/Paper Plus outlet;

Apparently co-location of a machine was considered acceptable – unlike the humans associated with both businesses.

For many small towns and rural communities, NZ Post and Kiwibank are the last remaining essential service left to them. Closure or down-sizing is not a blow that such communities will handle well. When the State retreats from such small communities the sense of alienation is palpable.

Perhaps one of the worst ill-thought-out de-couplings between NZ Post from Kiwibank  occurred in Lambton Quay, in Wellington’s CBD.

Until last year, the combined NZ Post/Kiwibank outlet was situated at 94 Lambton Quay.

This blogger went searching for NZ Post to purchase postage stamps. Trekking along most of Lambton Quay, the prominent Kiwibank street signage was a welcome sight;

Until, that is, this ominous notice was sighted in the window advising NZ Post customers “From Thursday 27th September 2018, bill payments and postal services will no longer be available at Lambton Quay NZ Post & Kiwibank, only Kiwibank services will be available“.

Several possible options for NZ Post agencies were listed. The closest one appeared to be something called “Capital Office Supplies” at 114 Lambton Quay. Which was odd, as I had just walked along that part of the street and I had seen no indication of a NZ Post anywhere in that vicinity.

The NZ Post agency/Capital Office Supplies was not located on Lambton Quay proper. That is why it was not readily visible to anyone searching for it. The NZ Post signage in the above image (located beneath street signs for “Mason’s Lane” and “Pedestrian Access to The Terrace“) is wholly inadequate.

NZ Post/Capital Office Supplies is not visible on Lambton Quay – because it does not front onto one of New Zealand’s busiest retail/commercial precincts.

NZ Post/Capital Supplies is located down this alley;

Even on closer inspection the NZ Post agency sign is difficult to make out in the gloomy light of the narrow alley;

It simply defies understanding that any executive working for NZ Post would have thought that this site would be an ideal location for a postal agency.

And it doesn’t end there.

Once I bought the stamps, I was directed to the nearest posting boxes. Which was located…

… opposite to the Kiwibank back at 94 Lambton Quay.

With the amount of walking I did that afternoon, I might as well have hand-delivered the letters myself. Any notion of “customer service” appears to have been discounted.

For a SOE that is fast losing money on it’s postal services – $39 million for the year ended August 2018 – NZ Post’s policy to de-couple from a well-established, highly prominent bank usually located on prime retail land, beggars understanding. How does one generate foot-traffic down an alley-way, compared to a highly-visible street frontage outlet on Wellington “Golden Mile”?

In November last year, Prime Minister Jacinda Ardern responded to concerns that communities were losing their postal and Kiwibank services, or seeing those service downgraded;

“There are changes afoot that I have had concerns about; it is because the environment’s changing and people aren’t using those postal services in the same way. We are looking at how communities can still have banking services and postal services.

But with some of the changes we’re seeing, we do have some concern over loss of service and banking services as well.”

The Coalition government had better take notice of what is happening. This is a repeat of the late 1980s, when Rogernomics was rampaging through the country, gutting services; de-regulating imports which resulted in business closures and job losses; and a retreat by the State from communities that relied heavily on those services – or the money that was injected into local businesses.

The Opposition National Party has been exploiting planned closures of Kiwibank and/or NZ Post outlets. Nelson MP, Nick Smith, has been prominent and vocal in actively campaigning to save the Stoke branch of Kiwibank;

In a press release on a National Party website, Smith lamented angrily;

“My job is to hold the Government to account for its promises. This Stoke closure contradicts the Labour/NZ First Coalition agreement that commits to expanding public services in regional New Zealand. It is hypocritical of Regional Economic Development Minister Shane Jones to have decried other bank branch closures when he is the Associate Minister of State Owned Enterprises that owns NZ Post and Kiwibank. Mr. Jones’ public comments indicate he is unhappy with the decision to close in Stoke Kiwibank and PostShopwith a strong community campaign he could use his powers to have the decision reconsidered.

We call on as many people as possible to join this campaign and to save the Stoke branch of Kiwibank and PostShop. These State Owned businesses need to get to the message that they exist to serve the community that owns them.”

And perhaps, this time, Dr Smith has a valid point when he rails against a possible broken promise from the Coalition Governmen; “This Stoke closure contradicts the Labour/NZ First Coalition agreement that commits to expanding public services in regional New Zealand. It is hypocritical of Regional Economic Development Minister Shane Jones to have decried other bank branch closures when he is the Associate Minister of State Owned Enterprises that owns NZ Post and Kiwibank”.

Smith’s “inner social activist” came to the fore at a public meeting in Stoke, where he called for public opposition to NZ Post/Kiwibank’s planned closures.

“I call to all businesses in Stoke to boycott the request for agency. Do not buy the line that they are the same. The postal services you receive at an agency in another shop are not as focused on the public as you would see in a dedicated service.”“

Which is deeply ironic as Dr Smith should also be reminded that it was his government that created a Deed of Amendment and Restatement with NZ Post on 12 December 2013. This Deed specifically permitted NZ Post to use “service points [agencies]  hosted in other businesses“;

“What everyone missed [at the time] is the Government allowed NZ Post to reduce the number of corporate shops they were required to have, as long as they provided service points. What you’re seeing now is all that being bled through into the system.”

I wonder if Dr Smith shared this item of information with the good people of Stoke on 23 November, last year, when he addressed a public meeting of concerned citizens? His chances for re-election in 2020 might be dented if this fact became more widely known in his own electorate.

And lastly, we come to perhaps the most ‘Monty Pythonesque‘ of  NZ Post’s current policies…

In early December last year, this blogger visited the Kilbirnie NZ Post/Paper Plus agency to post a Christmas parcel for a friend. The cost of postage came $17.00.

I had $8.00 in postage stamps which I offered to stick on the parcel, and would pay the remaining $9.00.

I was informed by the staffer behind the counter that postage stamps could not be used for parcels. They could only be used for envelopes containing letters.

It defies belief: postage stamps are no longer accepted by NZ Post to be used to send a parcel through the postal system.

Add that bizarre policy to everything described above, and the inevitable question arises: Are our political leaders waging a covert campaign to undermine and destroy NZ Post, as happened with Solid Energy under National’s watch?!

It is difficult not to come to that conclusion. In fact, I wrote to the two ministers in charge of SOEs pointing out NZ Post’s strange policies;

I am writing to you regarding a curious incident yesterday at a Kilbirnie Post Shop agency.

I was posting a parcel and the overall cost came to $17.

I had postage stamps with me, so was going to place them on the parcel, and pay the balance, to make $17 in total.

I was informed by staff that postage stamps can no longer be used for parcels – only for letters.

Are you aware that postage stamps (sold by NZ Post) can no longer be used on parcels delivered by NZ Post?

It seems bizarre that NZ Post has enacted such a policy; in effect not accepting one of it’s own systems to make a delivery. It would be like a bank not accepting cash to pay for a service.

It is unclear how NZ Post’s policy serves customer’s needs. Especially as their postal numbers are falling.

I look forward to your response to this issue and whether you will instruct NZ Post to change this policy.

I have yet to receive an answer. Perhaps the reply… is in the post?

All images stamped ‘fmacskasy.wordpress.com/The Daily Blog’ are freely available to be used, with following provisos,