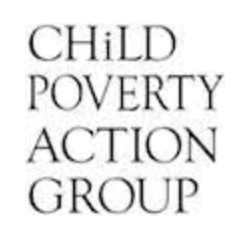 The latest benefit data from the Ministry of Social Development (MSD) provides cast iron evidence that current levels of welfare benefits and Working for Families tax credits are far too inadequate to meet the everyday needs of families who rely on social assistance, says Child Poverty Action Group (CPAG).
The latest statistics from MSD show that in the December quarter, a total of $100 million was spent on emergency grants for necessities such as food and housing, an increase of 40% over the previous December quarter. During the same period in 2018, 6000 fewer sanctions were applied, compared to 2017.
While this may indicate that the rules are less stringent as the Government endeavours to make sure people get the assistance they need, it also indicates a rise in desperation.
With increased hardship spending, the demand for charities to fill the need might have been expected to fall, but that has been far from the case. Food banks, such as the Auckland City Mission, were overwhelmed by the increas ed need over the 2018 Christmas period.
Associate Professor Susan St John, CPAG Economics spokesperson, says that families and children cannot get by simply on the Government’s good intentions.
“The latest hardship expenditure data provides further evidence that the Families Package has not had the reach into the homes of those worst off, that was sorely needed,” says St John.
A 2018 paper by CPAG shows that families on benefits, with the very lowest incomes, did not get nearly the boost they needed.
“While there was some relief in the Accommodation Supplement increases, much of those increases were quickly swallowed up in the ongoing effects of New Zealand’s housing crisis,” says St John.
Many who had increases in Accommodation Supplement also found they qualified for correspondingly less Temporary Additional Support payments as the latest statistics show.
CPAG believes there is no need to wait for the Welfare Expert Advisory Group report to know that families do not have enough money to meet their reasonable needs.
“It is simply inefficient, demeaning and time consuming for so many to have to continually apply for additional assistance because the basic benefit is too low,” says St John.
CPAG calls on the coalition Government to increase welfare benefits by at least 20% immediately and index to wages like New Zealand Superannuation. To support the wellbeing of children, all low-income families should get the full Working for Families tax credit package, increasing their weekly incomes by $72.50 immediately. Families and others on benefits have had to wait too long, and should not have to wait for Budget 2019 and later thereafter, for the changes they so desperately need.