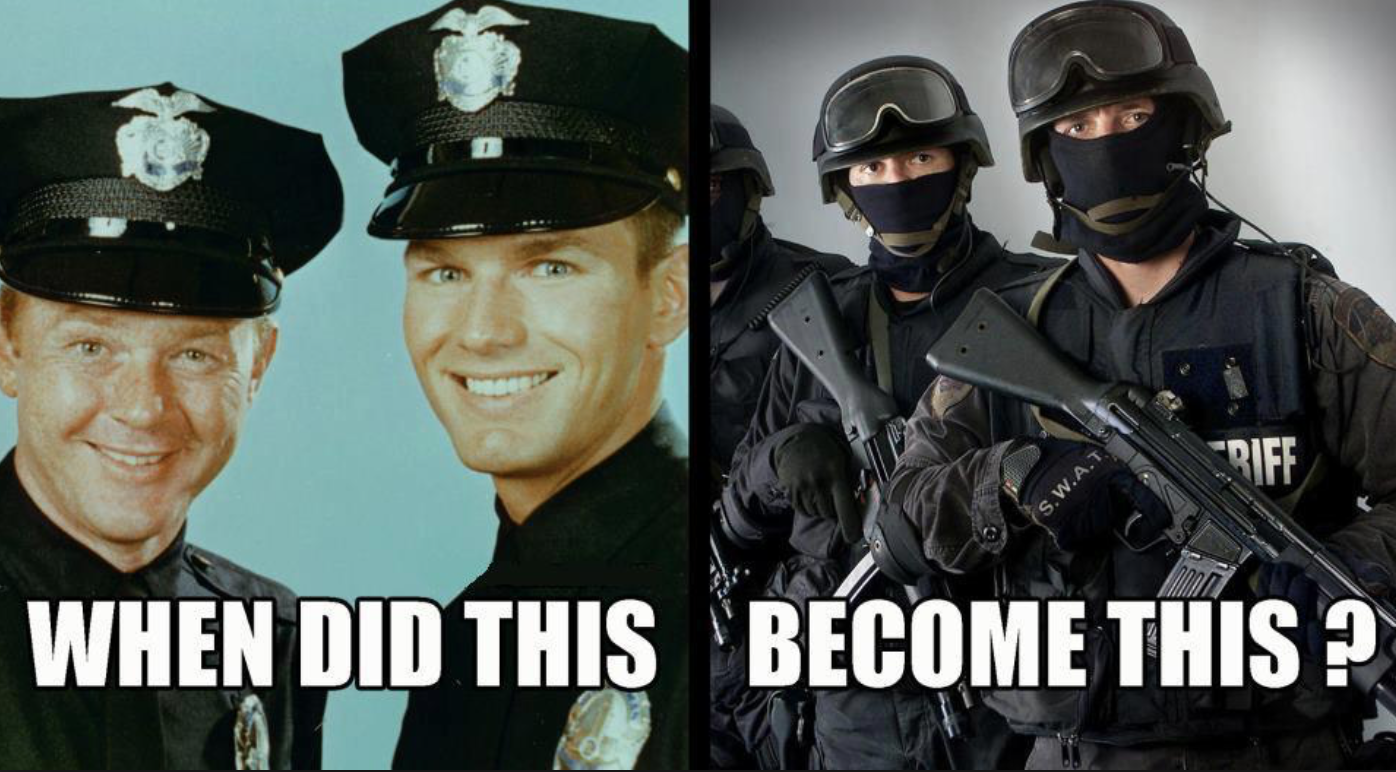 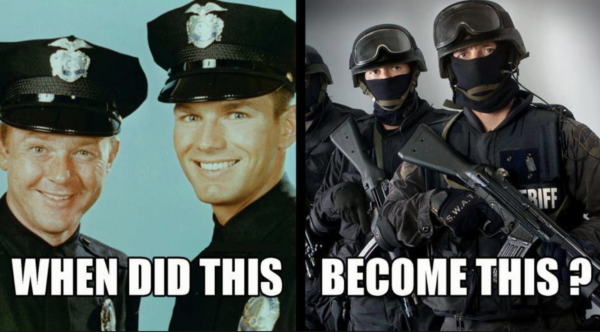 They should never have died: Grieving mothers resist new legal protection for police who kill

Ten years after her son was mistakenly shot by the police, Ivoni Fuimaono just wants to sit down and have a cup of coffee with the officer who killed him.

The mother of Halatau Naitoko has written two letters to the officer and made repeated pleas to meet the cop known only as Officer 84.

I’ve lost count of how many people police have shot dead since 2007 when Craig Bellingham was shot by police in Christchurch where he was attacking cars with a hammer.

But I have kept count of how many prosecutions police have filed against their own members where death has followed a shooting by police.  NONE.

The problem I have with this parody of justice is that review of police killings is conducted by a so-called independent agency; the IPCA.

The forerunner of the IPCA was set up to ensure “integrity of evidence” was available to courts.  Police had gone through a bad patch of presenting evidence in court cases which was supportive of their allegations but avoided presenting evidence which tended to favour the accused.  The IPCA forerunner was envisaged as a state agency to ensure justice in the courts was exposed to all relevant evidence

This was in the wake of the initial fallout from the Royal Commission into the Crewe homicide and I addressed this matter a few weeks earlier on this blog here:

I am a devout believer in the theory of evolution.  However, this belief does not extend to endorsing the evolutionary path of the IPCA has taken. The IPCA was never set up to, or intended to be, a court.  It was always and, in my understanding should still be, an investigative body. But as I watch this beast evolve, I fear that it has become de facto, a court.

The IPCA should not be permitted to be the final arbiter of culpability of police. I contend that the ICPA has usurped the role of our courts.  How senior members of your esteemed Judiciary, appear to sit idly by and let this happens, baffles.

Let’s take a couple of examples:

Take the Bellingham case. The fellow was beating the snot out of parked cars. The cop who shot him said that he feared for his life.

The law is very clear when police may kill a human being. They must fear, on reasonable grounds, death or grievous bodily injury to themselves or a third person and that the death or grievous injury cannot otherwise be avoided than by killing the offender.

In my view, the cop who shot Bellingham should have backed off. The circumstances were such that he could have “otherwise prevented” the killing. What the hell if a few cars were smashed!  But to step up and shoot a man dead in the circumstance as reported?

Worse still. The culpability or otherwise of the cop, should have been put before a court.  That’s why we have courts. The decision on the cop’s culpability should not have stopped with the IPCA. This is where the role of the “Man on the Clapham bus” assessing what is reasonable via an objective test, should be vested in a Jury.

Let’s take a comparison with non-police killings.  A bloke mistakes his mate for a deer and shoots him. Tragic. Never intended to kill his mate.  But the death is prima facie, negligence on the part of the shooter and on a good day, that is a conviction for manslaughter. Every time however, the culpability is decided in a court of law.

Take the Tongan courier diver who police shot by mistake on Auckland’s north western motorway in 2009.

The fact that the police actually missed the “offender” and hit an innocent person introduces the question of whether or not they were reckless or negligent in their use of firearms. There is no question of the police deliberately hitting the wrong person – that would be an absurd assumption.  But negligent and/or reckless use of a firearm is axiomatic in this case and these elements form the basis of manslaughter.

The fact that an innocent bystander was shot must raise concern that the shooter failed to identify the target or was a poor shot. The “miss” factor must also be a concern if juxtaposed against the police in another Christchurch situation, when 13 shots fired at a dog, all missed!  Alarm bells should be sounding somewhere.

Back to the Courier driver. Unbelievably this matter stopped with the IPCA. But who are the IPCA?  As I understand, today a fair number of ex cops make up the investigation unit of the IPCA.

In 1986 when I was a police inspector in Auckland, I was required to make inquiries for what was then the IPCA. The fact that the subject matter of the IPCA was a sergeant on my section, did occur to me at the time as hardly qualifying as, “independent”, but I was still deep in the forest of police culture at the time, so I went with the flow.

Finally, let’s look at the bloke shot near Puhoi north of Auckland in 2018.

A young male is pursued by police across the city.  Fast cars. Sirens. Adrenalin. Cops jump out of their vehicle and bang x six shot fired.  One hits the “offender” in the back!

This suggests the offender was moving away from the police and not putting them in a position where they feared on reasonable grounds death or GBH.

This matter and others referred to above and about a dozen others since Bellingham, have all avoided going before a properly constituted court of law where the truth of the matter might be exposed under cross examination of witnesses on oath, by defense counsel.

Instead, the matter lies fallow in the bowels of the IPCA. In years to come when the dust has settled and the public (but not the family and friends of the deceased) have lost interest; a report will be released.  Usual platitudes and whitewash. But no proper court scrutiny. No penalty for doing wrong.

Successive governments condone this as, Justice.  Which just goes to confirm the opinion I formed about many peers when I was a member of Parliament.  Too many are too stupid to or lack the courage to think for themselves and merely follow the bullshit emanating from the bureaucrats from the various Ministries.

In this country we have this thing we call, DEMOCRACY.  Fundamental to the integrity of democracy, is the SEPARATION OF POWERS.

There are laws which police must follow or we have rule of the police, not rule of law.

In my view, every death which is a result of a police shooting or force used in arrest or death in custody or from a car chase, must be heard in a proper court of law.  Sanitizing police actions by this model, will produce court recommendations for future police behavior and will result in greater public confidence in the constabulary.

In case someone out there, scoffs; ‘Who is Ross Meurant to pass judgement on our stout fellows in the front-line facing danger and death every day in the course of protecting the nation from evil,’ I respond as follows:

In 1987 while duty front line inspector, I drove into Lorne street, Auckland – in time to witness a European male armed with a sawn-off shot gun, run from a bank. He saw the marked police car about the same time I saw him.  He stopped, middle of the street.

I got out of the car.  I produced a snub nose .38 smith & Wesson. I adopted the firing position.  I was doing the math’s in my mind. My revolver is good for about 10 meters.  The bandit was about 15 meters away. His sawn off was definitely good for 20 meters.

I was also doing the legal calculations. I can shoot if I fear death or GBH.  He only has to lift the barrel of that sawn-off 30 centimeters and I am directly in his line of fire.  He can’t miss. Will he move swiftly and shoot me? He has just robbed a bank.

I was also thinking about my kids.

“Put it down, Pal,” I said.  The bandit hesitated. I demurred. Do I shoot?

He put down his sawn-off.  He went to jail. I went home to my kids.

About a month later, again as duty inspector, I picked up two cops from the beat in CBD to accompany me to Mt Albert where a bank robber had abandoned a car.

Shortly later we drove through a police cordon into a zone where the bandit was last seen.  We got out of the car: the two constables on the left side and me out the driver’s door to be standing in the middle of the road.  I was armed with a revolver.

We didn’t see the offender.  He was standing under a tree about 15 meters across the road from me.  He had a shot gun. He let one go at me. He missed. Unbelievable!

I never shot this bandit either. He was later charged with attempted murder on me.

Point of relevance?  I have been there.

In early 2018 some deviant crashed a vehicle into a crowd of people in Canada killing over a dozen people. The police located the offender who was armed with a firearm.

A Canadian cop lifted his firearm and sighted it at that bandit.  Even though the bandit was still armed and had just taken out all those people; the Canadian cop never shot him.

“Put it down,” said the Canadian as he put the sights of his gun on the bandit and the bandit put down his weapon.

Point of relevance?   You don’t have to shoot someone just because you have a gun and you’re a cop.  The Canadian cop didn’t. I didn’t. Twice.