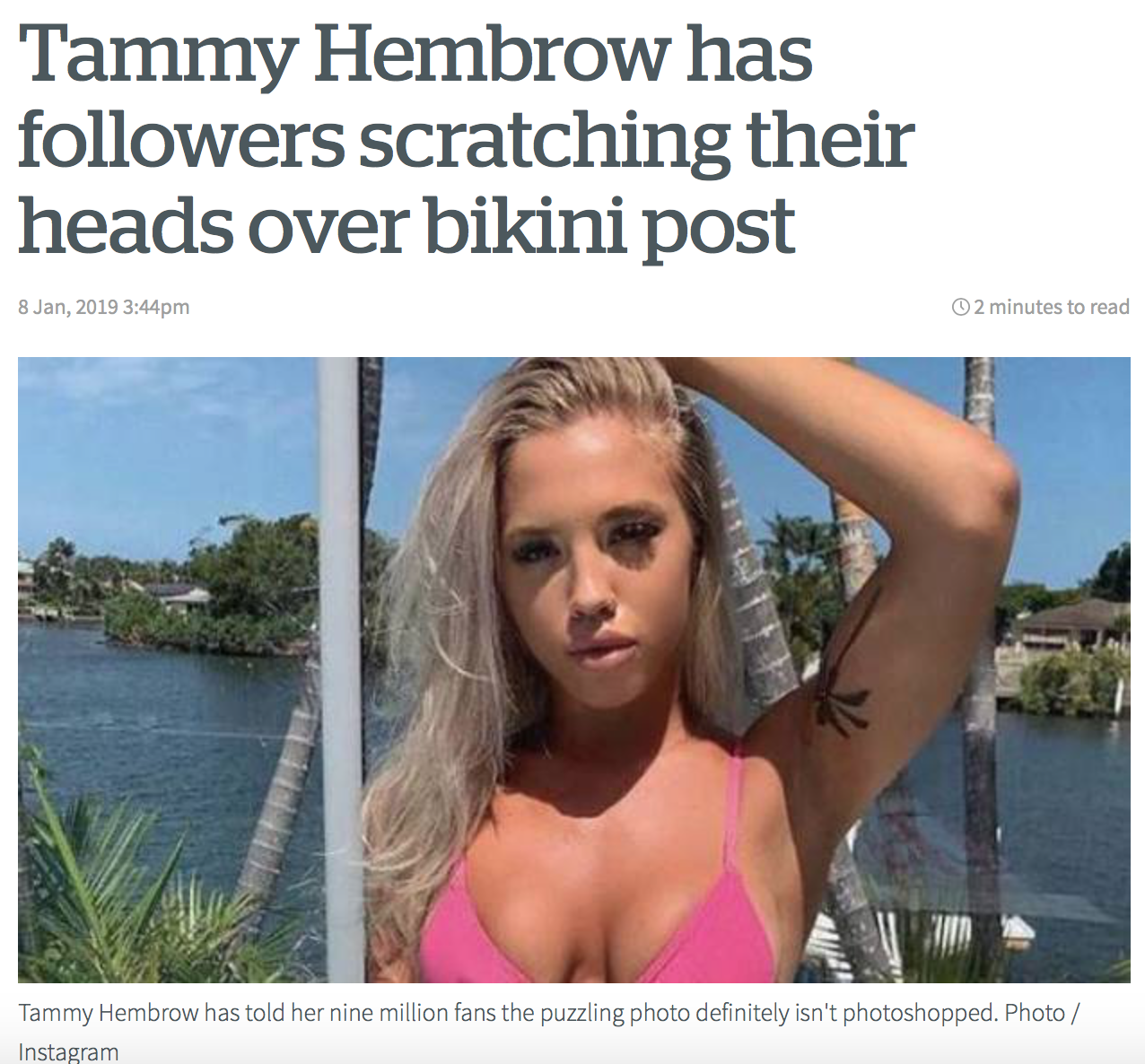 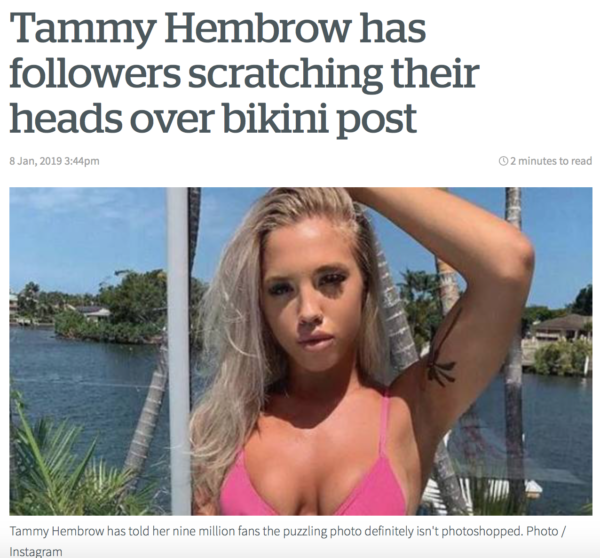 The 23-year-old shared a photo of herself posing in a pink two-piece on the edge of a pool — and it has sparked a fierce debate online.

But can you see why people are so confused?

…no, no I can’t see why anyone is bloody confused by a bikini model sitting on a pool tile that curves up. What confuses me is how the Christ this is news.

I’ve come to the conclusion after reading this story about a bikini model sitting on a curved pool tile and the ‘confusion’ that has created  that our MMP threshold needs to be desperately lowered.

Why on earth have I come to that conclusion? Because I believe New Zealand is a terribly closed society.

We mistake being a small country for being an open one.

We are not open, we are a closed culture that desperately needs new avenues for new ideas because there are none within society, within media or within politics

70% of National voters don’t know anyone unemployed, ethnic ghettos are entrenching in Auckland, we have 2 large media conglomerates where the same free market political opinions are recycled from the same media pundits and we have 5 political parties who all agree with neoliberalism.

We are a gated culture and closed society that is starved for new ideas and we desperately need to lower the MMP threshold because that’s the only way we are going to be able to nurture those new ideas in politics and culture. A lower MMP threshold allows greater diversity of opinions while giving those political movements the oxygen government funding provides so they can get their messages and views out to voters.

‘Confusion’ over Bikini models may seem to be an odd catalyst for wanting a more representative political spectrum, but the only reason the largest daily newspaper in NZ can run this fucking pap is because there are so few alternatives for NZ news.