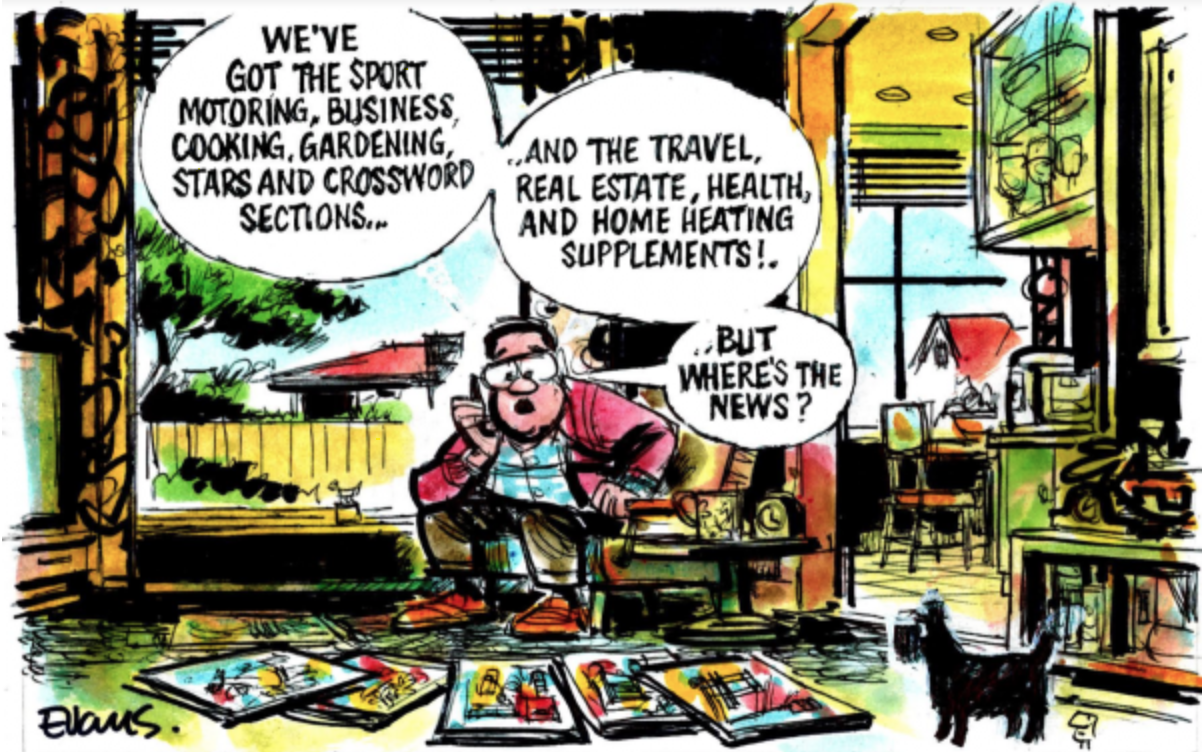 A recent ‘tweet’ on social media from right-wing blogger, David Farrar, caught my eye and raised an eye-brow to make a Vulcan proud;

The ‘tweet’ linked back to a short blogpost on Farrar’s “Kiwiblog“;

Farrar’s blogpost heading said it all;

“UK kids to be taught men can menstruate”

The response from Farrar’s sychophantic fanboi followers was predictably outraged. The “PC gone mad” theme was barked like demented hyenas throughout the commentaries on Farrar’s Twitter post and Kiwiblog.

Unfortunately, only a couple of Farrar’s commentators picked up on one simple fact: the Fairfax/Stuff article – upon which Farrar based his brief blogpost on – was factually incorrect;

Kudos to those two more-lucid, clear-thinking commentators. (Further on the conversation, the commentator known as Psycho Milt also understood how badly the Fairfax/Stuff story had been written. I stopped checking other comments after Milt’s 3 January  2019 8:24am comment. If anyone else picked up on the bullshit nature of the story, they are in a lofty minority of questioning thinkers.)

The Fairfax/Stuff article was based on a report from Brighton & Hove City Council dated 3 December 2018. The BHCC report  outlined how better support could be offered to students in the Council’s area for sanitary products during menstruation. The Council report outlined measures that could be taken to offer support where needed, remove stigma and shame associated with menstruation, and provide better education on the subject.

This was outlined on page 10 of the report.

Also on page 10 was a section headed;

Key messages for learning about periods

The tenth bullet-point made this observation;

The statement reads “Trans boys and men and non-binary people may have periods“.

The BHCC report does not refer to CIS men.

Which ever way you look at it, the only thing Brighton & Hove City Council are guilty of is a poorly-worded statement. The meaning to anyone who understands biology and transgender issues should be clear enough. The intent of the statement should be obvious to all except the most uninformed.

I do not believe for a moment that David Farrar was too stupid to pick up on the fact that the authors of the Fairfax/Stuff article got it horribly wrong. Yes, “Stuff” stuffed up.

I do, however, believe he wilfully continued to mis-represent the media story, hyping it up with his wildly inflammatory (and wholly inaccurate) blogpost headline.

Even after I pointed out on Twitter that his blogpost was based on a fundamental inaccuracy;

– both his ‘tweet’ and blogpost remained in-situ, without any correction.

This is lazy and/or dishonest on his part.

One of the roles that bloggers/citizen journalists is to hold the mainstream media to account when they omit facts or are inaccurate in the way facts are presented. In this case, the Fairfax/Stuff reporting was so carelessly written as to make it utterly worthless.

Practically every single comment left on Twitter, Kiwiblog (with three notable exceptions), and the “Stuff” comments-section was hysterically whipped-up and enflammed on the non-existent premise that men could have periods, as ordained by the Brighton Hove City Council. Conservative readers must have been  having coronary attacks at the time!

Farrar did nothing to set the record straight.

Instead he fanned the moral panic/hysteria/ignorance generated by a crappy Fairfax/Stuff story.

It was disappointing. I expected better from someone with his experience in media/blogging.

This is how vulnerable minorities become demonised and de-humanised.

I am lodging a formal complaint that a story on your website (and in print?) headed “UK school children to be taught boys can have periods too“, published on 18 December 2018.

I submit that the headline and story was not factually accurate and severely mis-represented a published report from the United Kingdom. The mis-repesentation was such that it elicited a hostile and angry response from readers.

The article’s headline stated that ” boys can have periods too“.

The body of the text also stated;

“Primary school children in the United Kingdom will be taught that all genders can have periods under new sex education guidelines that aim to tackle the stigma around menstruation.”

Nowhere in the BHCC report does it state that ” all genders can have periods“. This is an incorrect assertion that is not true. The report clearly refers to trans boys, [trans] men, girls, women , and non-binary people.

The story quoted from the report commissioned by the Brighton & Hove City Council (UK) which correctly said (on page 10);

“trans boys and men and non-binary people may have periods”

The BHCC report does not state anywhere that ” boys can have periods too“. The report clearly states that “trans boys and [trans] men” may have periods.

Trans boys and [trans] men were, at an early stage, biologically female. They subsequently identified as male.

The word “trans” should have preceded the word “men” to clarify the point being made in the BHCC report. However, the term “trans” is clearly used preceding the word “boy”. The intent of that sentence “trans boys and men…” should therefore have been clear to the author of that Stuff story.

A photograph of students in a classroom carried the caption;

The lack of factuality to the Stuff story is evidenced by the following Comments Section. Readers have mis-interpreted what the BHCC actually stated based purely on the headlining and the manner in which statements were mis-reported or presented out-of-context. There has been a massive response hostile to the BHCC report based on the Stuff story mis-representing that ” boys can have periods too” and ” all genders can have periods”.

Much of that hostility has been directed at trans-people/LGBTQI, and as such the erroneous nature of the Stuff story may have led to incalculable harm to an already marginalised minority in our community.

I request that Stuff correct this badly written story and to make any such correction with a high degree of publicity.

Kiwiblog: UK kids to be taught men can menstruate

Fairfax media: UK school children to be taught boys can have periods too

David Farrar – A Question for you please?

According to David Farrar, John Key must resign!

When Stupid meets Hypocrisy, the result is David Farrar

When Stupid meets Hypocrisy, the result is David Farrar – *Update*

Once Upon a Time in Mainstream Media Fairytale Land…

Syria: the mendacities of the mainstream media (part tahi)

Syria: the mendacities of the mainstream media (part rua) 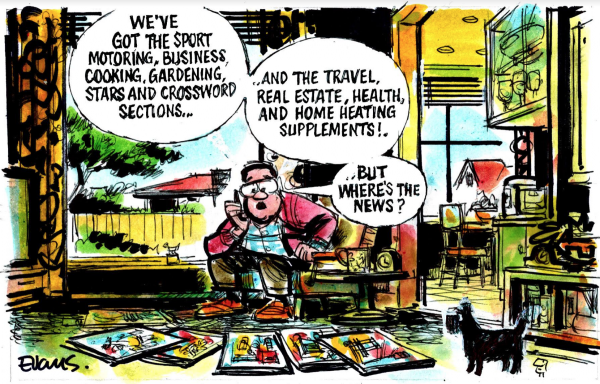