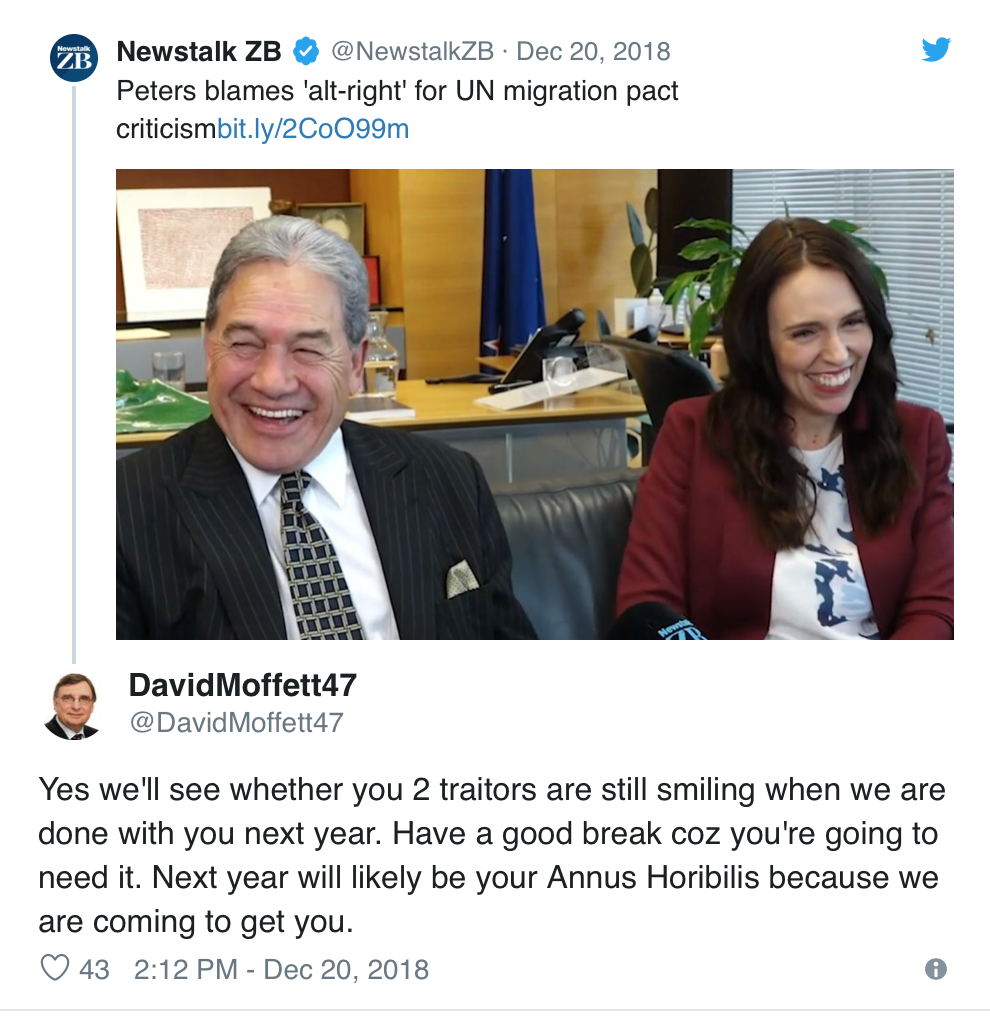 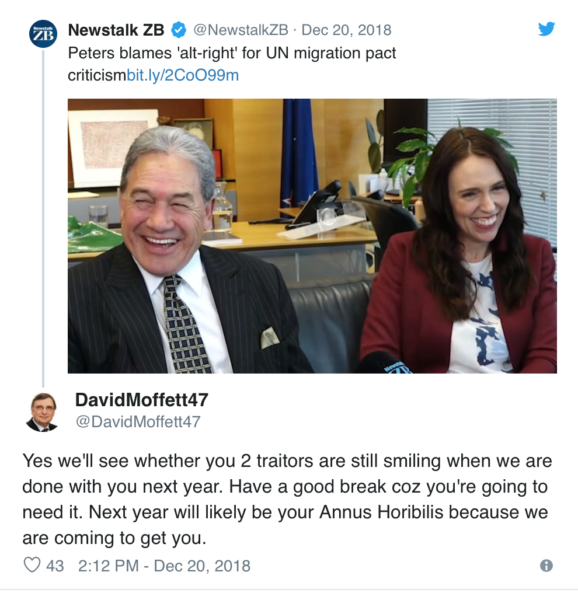 Ex-New Zealand Rugby CEO David Moffett, a member of the New Conservative Party, made the comments on Thursday after the Government announced it would support the United Nations Global Compact for Safe, Orderly and Regular Migration.

“Yes we’ll see whether you 2 traitors are still smiling when we are done with you next year,” he wrote on Twitter.

“Have a good break coz you’re going to need it. Next year will likely be your Annus Horibilis because we are coming to get you.”

…the violence of Moffett’s language should send a tingle of fear down everyones collective spine. NZ Politics shies away from such language in case they unlock the dark beast of the NZ psyche. That Moffett is willing to publicly make such angry comments suggests a New Conservative Party that could be a far more dangerous beast than the goofy Colin Craig.

There are many white voters within National who are frustrated by the manner in which their party has been taken over by Chinese interests and who yearn for a leader who will engage in the culture wars in a way that matches their own angry social media feeds. The reason Simon Bridges is failing while National ride high in the polls is because he won’t go as lowbrow  as his rump voters want.

Moffett is something new, and dangerous and the way to stop him is to debate the issues directly, not hide.  The UN deal is not binding, it doesn’t threaten our sovereignty and we can still act in our own interests.

We need to acknowledge that the mass immigration policies of National have caused enormous infrastructure  pressure and we need to have clear rules on how we intend to counter those stresses, because blindly screaming xenophobe misses the anxiety those attracted to this message have and it is ridiculous to pretend that National’s mass immigration polices haven’t caused stresses and strains.

Moffett could tap into those dark angers, he needs to be dealt with head on, my fear is the reactionary Woke won’t see this and will want to deplatform, which is the exact opposite of what should happen.

Moffett is a spark on a dry plain, the woke won’t be able to help themselves but accidentally fan him.