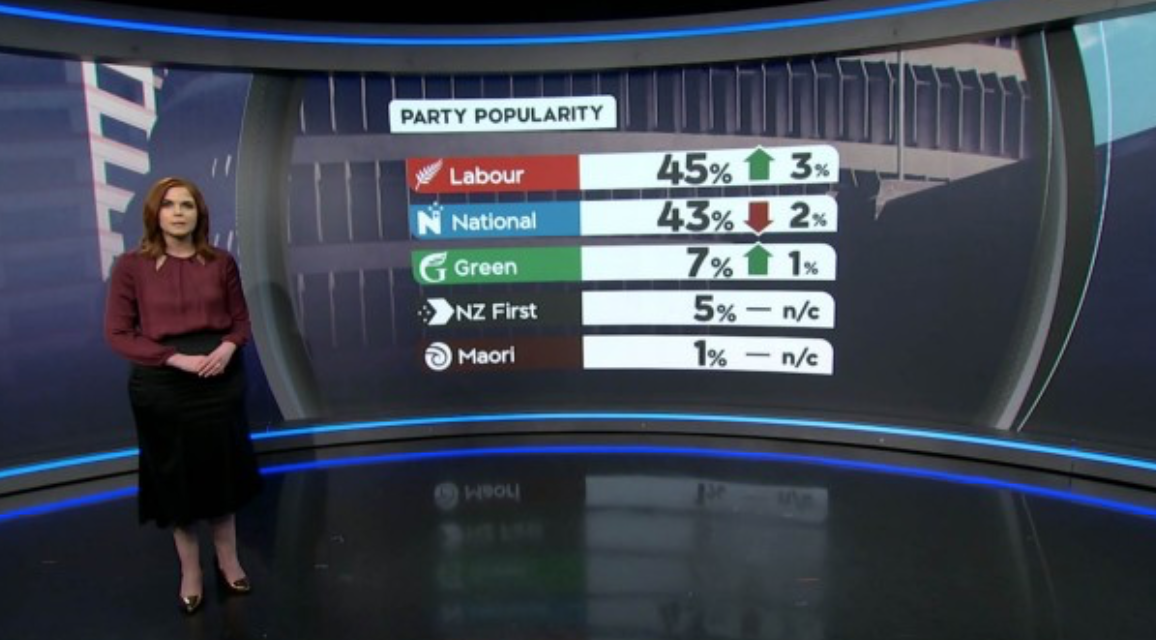 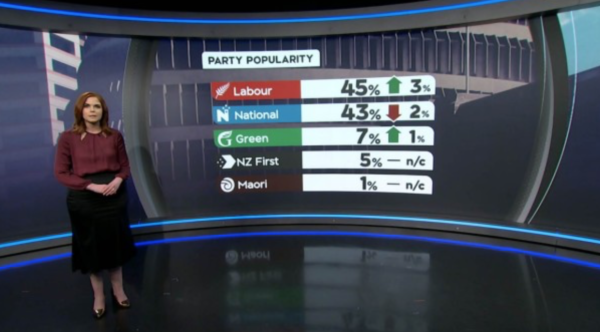 The only surprise in the poll is that the Greens went up (and I’d argue that was an anomaly). National lost 2 but the real movement is the sinking nature of Simon Bridges leadership as Judith Collins support rises. The damage to his leadership has been done and now it’s just a matter of time before the party turns to Judith to replace Bridges.

People thinking the Economy will get worse went up to 41% so we can drop the belief its just biased business wanting to skewer Labour.

This is a good poll for National, despite all the destruction, they just slipped 2 points.

The real damage here is to Simon Bridges and his leadership.

There have been some excited calls on Twitter that Greens plus Labour could be the Government which is just fantasy world stuff. After the flakiness of the Greens, Labour would never go into a coalition with only them. The strength of Key’s Government with ACT, United Future and Maori Party was that he could go left and right when he needed. Labour will always want to keep NZ First in the mix because being reliant on the Greens would be a recipe for disaster.

Could you imagine if the Deputy Prime Minister Marama Davidson called on white bros to delete themselves? The backlash would make the Orewa Speech look a reasonable discussion on race and politics.

Labour would be sobbing if they hadn’t gained from this meltdown and the danger for Simon now is what happens when JLR can get himself out of the mental health hospital he’s been sectioned to and restarts the civil war.

UPDATE: JLR has been released.