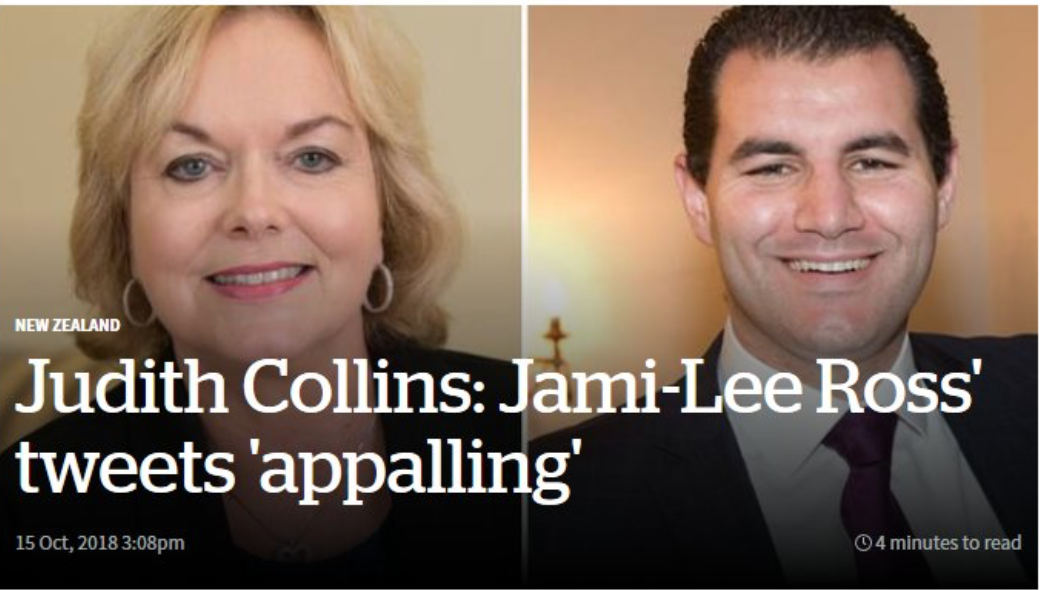 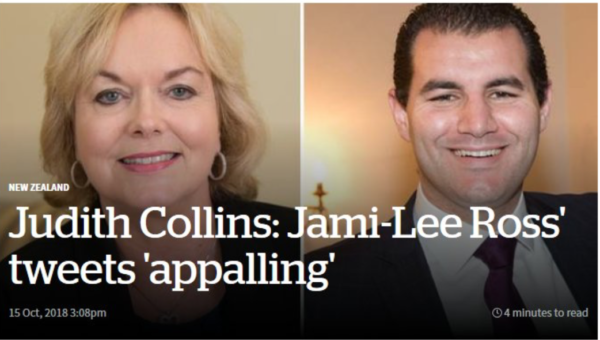 I love how Judith managed to make her leader look weak while eviscerating a former ally – National is like Game of Thrones but with far more violence and incest.

With Jami-Lee causing a by-election in Botany the stage is set for a new right wing Party to emerge that can give National its much needed partner.

The allegations of illegality if true could unseat Simon Bridges as leader.

Jami-Lee has not so much burnt his Bridges as he has napalmed him. I haven’t seen a meltdown this bad since Chernobyl, the National Party is showing a penchant for self-mutilation that would make your average Sado-Masochistic sex dungeon look vanilla.

For those keeping score at home:
Good mate of Judith Collins, Jami-Lee Ross, throws a grenade at Simon Bridges which could force him to leave Parliament while Jami-Lee causes a by-election in Botany which could provide National with its much needed partner for 2020. 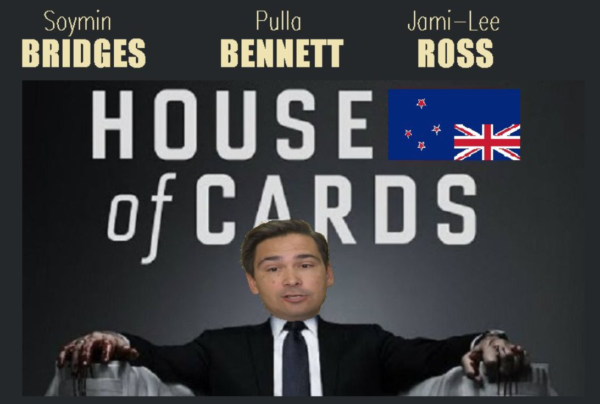