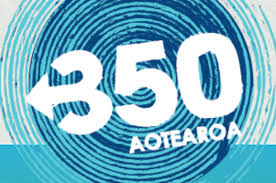 On Friday 12th October, grassroots climate groups will take action outside ANZ branches to call for ANZ to stop financing the fossil fuel industry and contributing to the climate change crisis. The actions are a response to the Intergovernmental Panel of Climate Change (IPCC) report released on 8 October that outlines the impacts and feasibility of a 1.5°C warming scenario. The difference between 1.5°C and 2°C of warming is life and death for millions of people.

350 Aotearoa Executive Director Erica Finnie said “The IPCC report makes the science clear: immediate action is needed to stay below 1.5 degrees if warming. Anyone who continues to support new fossil fuel projects is knowingly contributing to untold suffering and devastation across the world. Banks hold significant power in propping up the fossil fuel industry’s business as usual by financing their operations. Of New Zealand’s banks, ANZ are the biggest funder of of new expansionary fossil fuel projects. Despite publicly championing the Paris Climate Agreement, since 2015 ANZ bank have loaned over $7 billion dollars to fossil fuel projects. It’s time for ANZ to cut its ties with the fossil fuel industry and stop funding climate change.”

Local 350 Aotearoa groups in Auckland, Wellington, Nelson, and Christchurch will hold warning signs outside ANZ branches to alert customers and the public to ANZ’s relationship with the fossil fuel industry. They will also deliver copies of the IPCC’s 1.5 report to each branch, calling for ANZ CEO David Hisco to implement a fossil fuel free policy. “ANZ are a roadblock to a safe climate future. If we are to have any chance of meeting the 1.5°C target in the Paris agreement, we need a just transition to 100% renewable energy for all. ANZ are lending billions of dollars to projects that damage the environment and drive climate change, sustaining an industry that is coming to its inevitable end. Their continued support of the fossil fuel industry undermine their commitment to the Paris Agreement and any real action on climate change.”