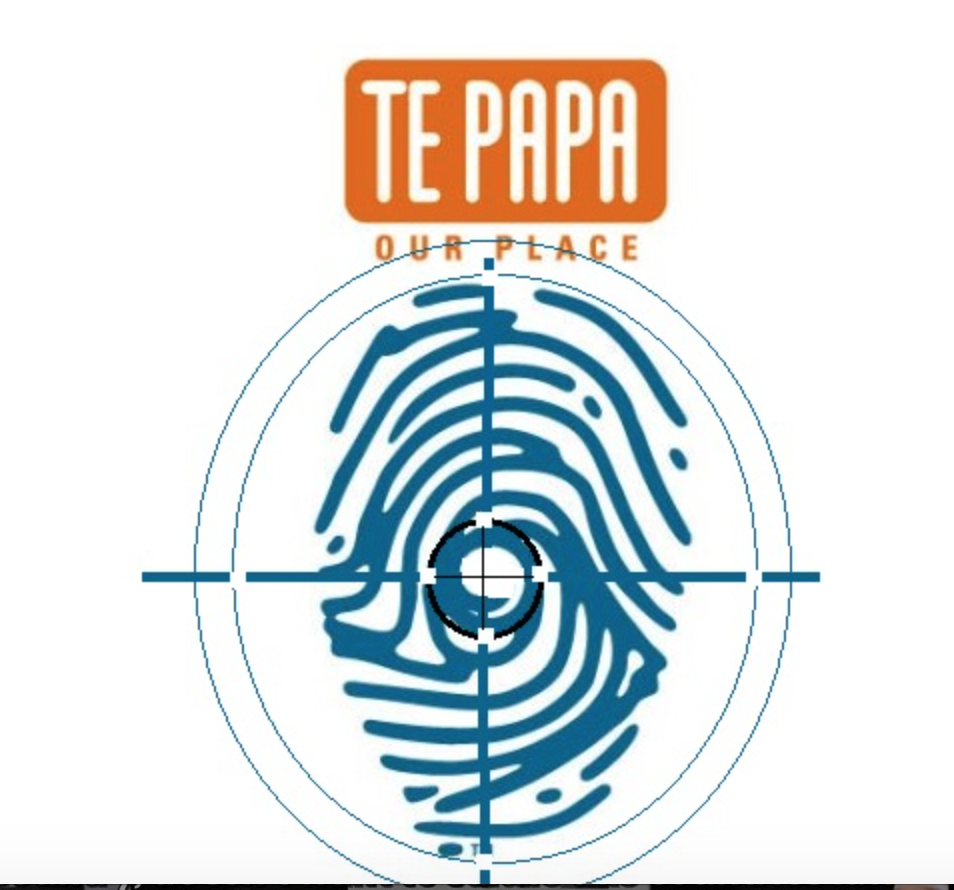 Without doubt or argument, the World War 1 exhibitions at the former Dominion Museum and Te Papa museum were feats of outstanding  technical achievement. The abilities of creators Peter Jackson and Weta Workshop’s Richard Taylor are a stunning mix of  technology, artistry, and the manipulation of human emotion to tell a story.

The sophistication of their visual story-telling of one of our nation’s bloodiest moments in history is laid out for all to see. The duel exhibitions opened in April 2015 and will soon be coming to an end after a four year “run“.

In the first year alone, 402,896 visitors attended  Te Papa’s ‘Gallipoli: The scale of our war’ exhibition.

When first revealed to the public, Peter Jackson made great effort to ensure that the dual exhibitions were not to be perceived as a “glorification of war”;

“It’s not an anti-war museum, it’s certainly not a glorifying war museum. It is just showing the reality.”

Te Papa’s CEO, Rick Ellis, repeated the official ‘line’ that it was not a glorification;

It did not glorify war or shy away from questions around war.

But the depictions of the 2.4 times human scale figures of soldiers in various poses – from tragic weariness to stoic determination – raises questions surrounding those assertions. One particular aspect of the Te Papa display is deeply troubling when it’s implications are carefully considered.

For example, the “machine gunner” figure set in the diorama with a machine gun is depicted with a square-jawed, heroic pose;

But perhaps the most disturbing aspect of the Te Papa is an interactive feature which invites members of the public to treat the roll of the sniper as a ‘game’. A precursor depiction to the ‘game’ revealed how some viewed sniping, contemporaneously;

To soldiers at the time, that may well have been a common attitude. If anything, the displays reinforces our notions of  war as a bloody kill-or-be-killed conflict. There was no time to consider the ‘niceties’ of polite society.

But the next feature of the sniping display cannot be justified or explained away so easily.

Citizens of early 21st Century society were invited to “Have a Shot”;

“Periscope rifles let you shoot without sticking your head above the trench.”

The following three “bullet points” were iconised with images of actual bullet cartridges;

— Look through the periscope to your right.

— Press the button when you see movement – any sign of the enemy behind his sandbags.

— Miss him and he’ll shoot back.

And perhaps unfortunately, there was no end to a line of members of the public who seemed to hold no qualms in treating the killing of another human being as a ‘game’;

The creators of the exhibition have taken the mock-killings of internet/electronic gaming and applied it to the legitimacy of a museum setting. Mock killing has become mainstream courtesy of our local museum.

Which would seem to make a sham of exhibition creative director and Weta Workshop co-founder, Richard Taylor’s noble-sounding words when the exhibition was first opened to the masses;

“[We wanted to] give respect to memories on the scale that they deserve.

We hope when visitors leave this experience that they carry more wisdom so that the spirit and the sacrifices of these young men and women are never forgotten.”

Little wonder that there was criticism of the dual exhibitions, pointing out the subtle apparent-glorification of our ‘Great War’ dead. Writing for the World Socialist website, John Braddock and Tom Peters said;

As a junior partner of British imperialism, New Zealand’s ruling class joined WWI to expand its wealth and seize more Pacific island colonies. The invasion of German Samoa, which was New Zealand’s first action in WWI, is not mentioned in either of the Wellington exhibitions. In the course of the war, 18,500 New Zealanders died and 40,000 were injured, out of a population of about one million.

Both exhibitions are virtually silent on the widespread opposition to WWI internationally. The exception is a reference in the Great War Exhibition to opposition among the American working class, which delayed Washington’s entry into the war. The wall text then quotes US President Woodrow Wilson’s cynical declaration in April 1917 that “America would ‘make the world safe for democracy’ by joining ‘the war to end all wars.’”

There is no reference to the class struggles against conscription and war, including protests and mass strikes throughout the world. The upsurge prompted the 1916 founding of the NZ Labour Party by the trade unions, which aimed to divert the anti-war movement into safe parliamentary channels.

The Great War Exhibition makes no mention of the Russian Revolution. The overthrow of capitalism by the Russian working class, led by the Bolsheviks, inspired workers internationally and forced the warring powers to agree to an armistice to prevent the revolution from spreading. The display falsely presents the armistice as simply a military victory by the Allied powers.

They make a chilling observation;

The pro-war carnival taking place across Australia and New Zealand must be taken as a sharp warning. The contradictions of capitalism that caused WWI are once again intensifying. Successive New Zealand governments have strengthened the country’s alliance with US imperialism, which is stampeding from one bloody intervention to the next in the Middle East, while building up its military forces against Russia and China.

Messrs Braddock and  Peters point out that “there is cursory acknowledgement of the Ottoman death toll—which numbered 86,692, more than 30 times New Zealand’s 2,779“.

Mr Jackson’s comments – reported above – take on a new  ambivalence as to the meaning of the exhibitions;

“It’s not an anti-war museum, it’s certainly not a glorifying war museum. It is just showing the reality.”

Meanwhile, the exhibition makes a fleeting gesture to the magnanimity shown by the Ottoman/Turks toward an implacable foe invading their territory;

No mention of a Turkish museum-game to kill ANZAC soldiers.

In a 2016 thesis by  Elizabeth Anne du Chateau Blackwell also pointed out;

Perhaps, when foot traffic counts, controversy is not welcome: war as a back-drop for noble action and attitude is likely more appealing to a wide audience than war as waste, war as hate, war as frustration and fear and anguish. Certainly, Gallipoli sets the ‘ordinariness’ of the national character against a view of war designed to arouse pride rather than highlighting its brutality and devastation or the changes it caused in Aotearoa-New Zealand.

The war is not a ninth character in Gallipoli, and it might have been. I called this section National pride and the glorification of war, but in fact, the exhibition does not glorify war so much as make it as ‘ordinary’ as the New Zealanders who fought there. It is not sanitised: it is simply accepted as taking place, and this is presents a disjoin for modern sensibilities. Setting aside the sentimental and cultural ties to Britain, a war in Europe, arguably, had little relevance to Aotearoa-New Zealand on the opposite side of the world, but it is in fact the sentimental and cultural ties that are elevated in Gallipoli.

Aotearoa-New Zealand, it seems, did a ‘right’ thing by sending troops and medical personnel to the war effort. Suffering is certainly presented, but it is objectified and put out for the wondering gaze of the visitors. Against the real stories of the eight real, but ‘ordinary’ New Zealanders, the exhibition offers no critique of the catalogue of escalating stupidity and unwise decisions made in relation to the campaign to take Gallipoli.

At a time when the current Labour-NZ First coalition government has voted to extend New Zealand’s military “mission” in Iraq,

– such questions of doing the “‘right’ thing by sending troops and medical personnel to the war effort” becomes even more critical.

If the exhibitions at Te Papa and the former Dominion Museum have made people think twice about the use of war as a political tool, then it may have served a purpose. Of all the things governments have the power to do – and must always  be unrelentingly questioned –  is their policy to engage in war.

If, as Ms Blackwell suggested,  the exhibitions present war  as “ordinary” and “simply accepted as taking place”, then it has become a form of desensitising propaganda. This may never have been the intentions of messrs Jackson, Taylor, and Ellis – but inviting members of the public to take a shot at a faceless enemy through a ‘game’ suggests otherwise.

At the very least it was unhelpful.

It was certainly disrespectful.

It will be interesting if the response from certain individuals associated with Te Papa will be as defensive and hostile as  they were in a previous museum-related story.

The gentrification of Te Papa

All images stamped ‘thedailyblog.co.nz – fmacskasy.wordpress.com’ are freely available to be used, with following provisos,