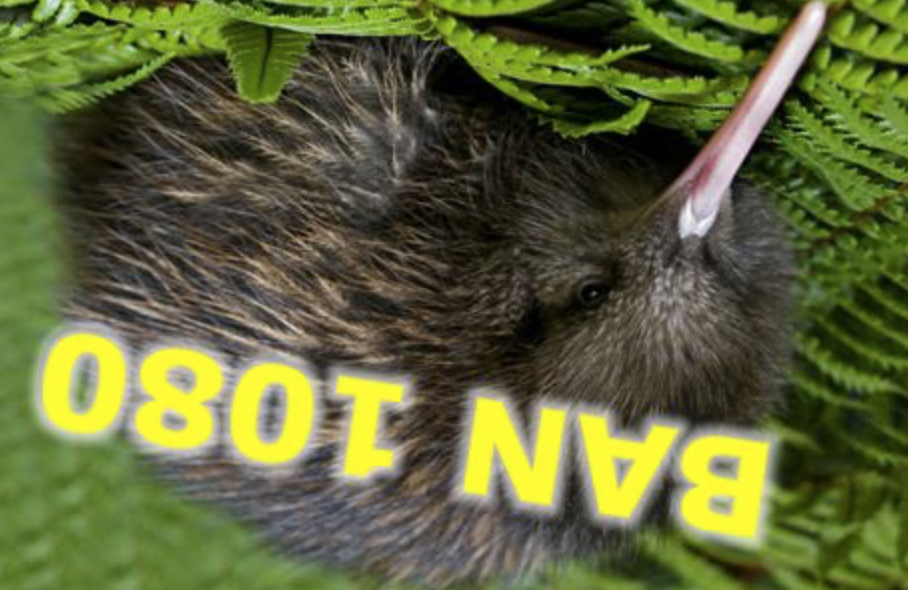 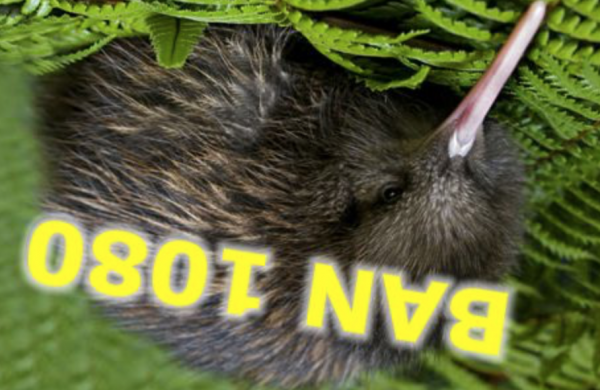 As Hayden Donnell says this morning in The Spinoff, anti-1080 activism has become both noisy, and ugly. And, as is probably apparent to anyone with an internet connection & a social media account, that activism has taken to hijacking unrelated issues to attempt to spread its message. On The Daily Blog, Christine Rose has likened this movement & its approach to the activities of those who believe in a range of conspiracy theories, all of which have a strong thread of science denialism running through them. And a lot of similarities in the statements that are made by their supporters:

If you look at the evidence, you’ll see that we’re right. Yet, a very large number of good quality scientific studies show that, no, you’re wrong. (A lot of it is summarised here and here.) In fact, in beginning her investigation into the use of 1080, the Parliamentary Commissioner for the Environment “expected that it would not be as effective and safe as it is” – reading through the evidence convinced her otherwise.

It’s not effective, coupled with there are alternatives. Yes, there are alternatives that can be used, where 1080 can’t, but they too have shortcomings. And yes, intensive trapping works to control pest species. Conservation groups such as Bay Bush Action have demonstrated this. But the problem is that those pests will always re-colonise from areas that haven’t been trapped (with the exceptions, of course, being offshore and mainland refugia such as Zealandia and Maungatautari). As Dr Jan Wright commented when releasing her 2011 report on the use of 1080,

Possums, rats and stoats are chewing up our forests to the point that we are only a generation away from seeing regional extinctions of kiwis and other native species where no pest control is carried out. There are other pest control methods that are more suitable than 1080 in certain circumstances but on much of our conservation land there is currently nothing else that will effectively kill possums, rats and stoats.

Why wouldn’t large-scale trapping, as advocated by those opposed to the use of 1080, do the trick? Bay Bush Action have done the calculations:

For a large scale trapping programme you would need to cut tracks in grids 150 metres apart all through the bush. You would need to have hundreds of thousands of traps carried in, installed, maintained and set regularly. You need a forest that’s close by and terrain that’s easy so there are no gaps in pest control. You need to carry about 3kg of lure per kilometre of trapline. This means we can only realistically do multi-species trapping in a tiny area of a huge forest. And, even after all that, you would still not get rat numbers low enough to reintroduce species like kōkako without using toxin. This is the case with all trapping programs throughout Aotearoa.

And 1080 is definitely effective in controlling mammalian pests, particularly possums, which not only do enormous damage to native forest ecosystems but also harbour bovine TB. In addition, as this summary of a range of experimental and field research studies shows, there is no good evidence to support claims that it “kills everything”, while there is evidence to show how native species bounce back once predator numbers are controlled (see this resource from the Science Media Centre).

It poisons water supplies – except that the scientific evidence tells us otherwise. The maximum allowable level of fluoroacetate in water supplies is 2ppb (parts per billion). This limit has never been exceeded – and if it were, an average-sized adult male would need to drink 60,000 litres of water in one sitting before being affected.

Other countries don’t use it – apart from those that do: Australia, the US, Israel, Japan, and the Galapagos Islands use this compound, albeit on a smaller scale given the need to protect their native mammals. In NZ the only native land mammals are our two species of bats, while in Western Australia 1080 is produced naturally by many native plants and (as a result of natural selection) the region’s native mammals are immune to it.

No-one would say that 1080 isn’t nasty stuff; we know that it is. Poisons are. We know it’s dangerous to non-pest animals, especially mammals, and those involved in 1080 drops work to minimise that danger (which also needs to be put in perspective). For example, baits have been changed (from carrot, to hard cereal baits); accuracy of drops has increased significantly with the advent of GPS; and application rates have dropped substantially of the 30 or so years of our use of 1080. The scientists & conservation workers that I know look forward to the time when reliable, equally-effective alternatives become available – but that time is still, realistically, years away and frankly, our native ecosystems can’t wait that long. We definitely need to keep talking about this issue, and we need to improve the way we do that. The grandstanding and the untruths don’t help anything, least of all the living taonga we all want to protect.

Dr Alison Campbell is a Senior University of Waikato biological sciences lecturer. She is well known in the Waikato and Bay of Plenty for promoting science to community groups and school students. She has been nicknamed the skull lady by secondary school students after her presentations on human evolution. Dr Campbell established Cafe Scientifique in Hamilton as part of an effort to encourage the community to discuss scientific issues. She has also launched BioBlog website to support secondary school biology students and teachers preparing for exams.