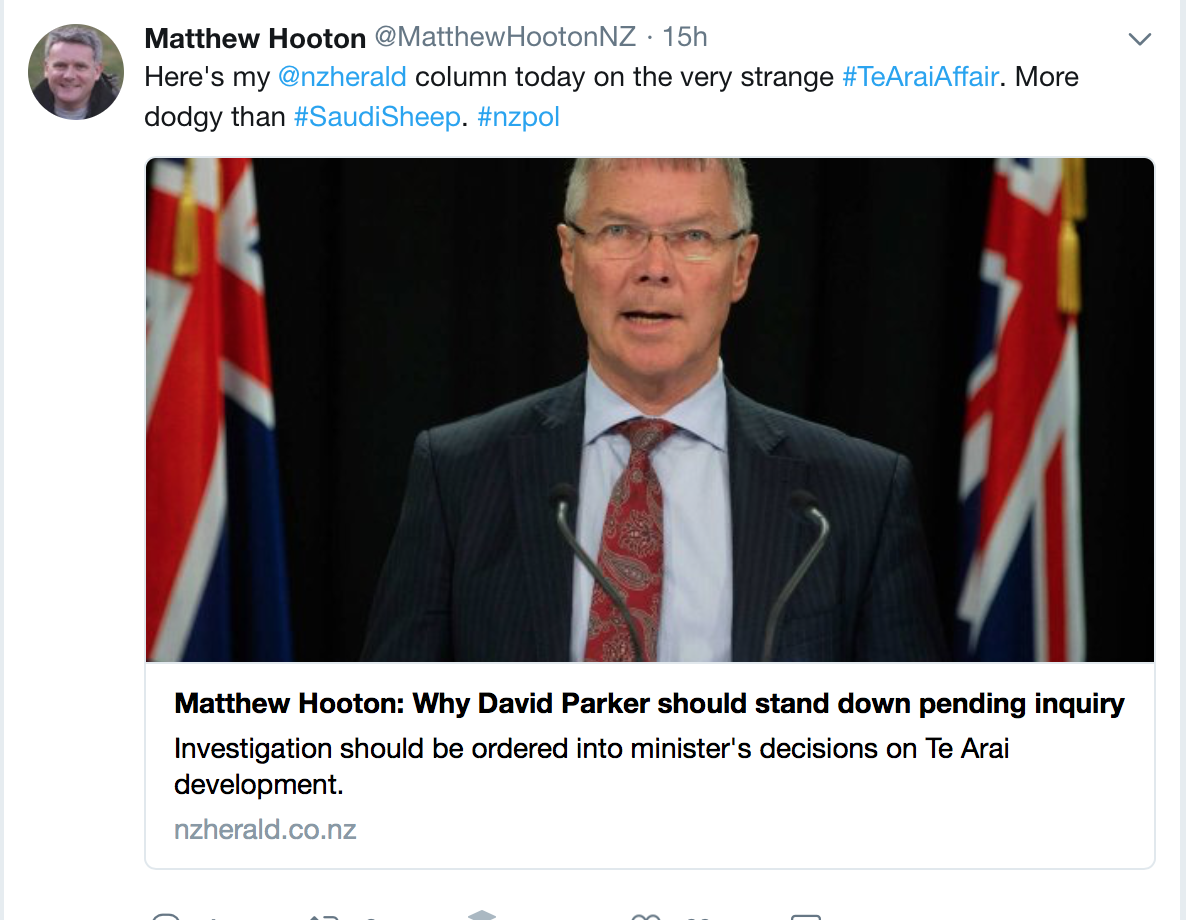 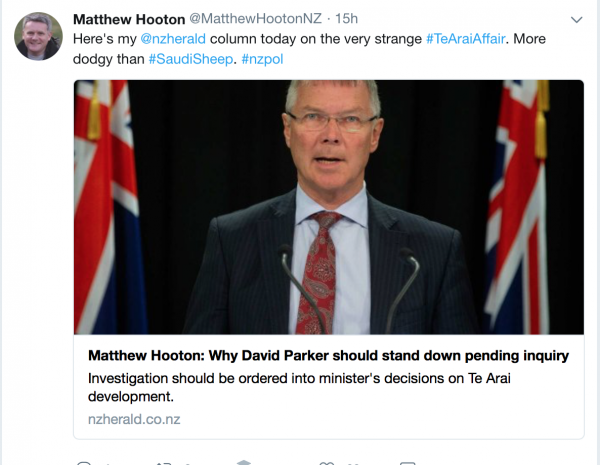 Yesterday, Matthew Hooton wrote a column in the NZ Herald that claimed David Parker was corrupt.

Today that article seems to have gone missing??? 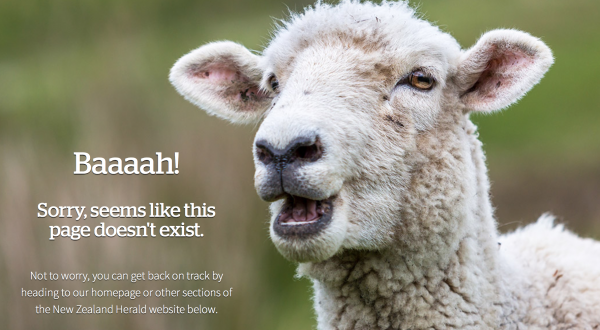 Matthew Hooton is the Head of Slytherin House, the architect of the Death Star, the moral Shepard to the Right.

He of cloven hoof and forked tongue who does dirty deeds very expensively.

But even for the Hoots, this attempt to paint David Parker out as corrupt is fucking ballsy because David Parker is one of the most legal and ethical human beings on the planet.

Hoots has tried to slap the baby Jesus here folks, and when you start belting the bejesus out of the infant messiah, you’d better have a sound reason for trying to do that, like water tight proof that directly offers up solid evidence that isn’t rumour, misinterpretation and conjecture.

Because you know, it’s the baby fucking Jesus.

I’d have thought attempting to paint someone as ethical as David out as corrupt was journalistic suicide, but Hoots went there, so where is it today?

Every time I gleefully click on the link where the story was to read just how Hoots had managed to fuck this one up, Page 404 appears and the Herald site says the page has gone missing.

I do so hope some attention can come to this glorious matter, because my corn has popped and I’m delightfully awaiting round 2.